Top 10 Things to Do in Paraguay 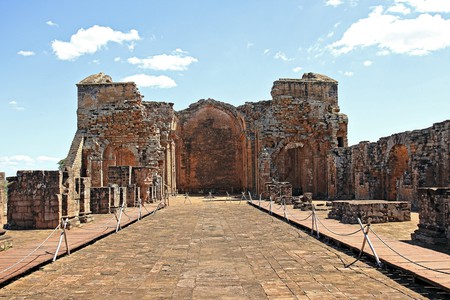 Landlocked between three great nations and deeply misunderstood, Paraguay often slips below the radar for most travelers traversing South America. For those in the know, it’s a charming, authentic, enigmatic country with plenty to offer open-minded adventurers. Curiosity piqued? Here’s our guide to the top 10 things to see and do in Paraguay.

Paraguay is a land of many contradictions. It’s undeniably poor and has managed to avoid the descent of thousands of tourists, yet it offers curious travelers spectacular natural wonders: exotic national parks, jaw-dropping waterfalls and one of the largest wetlands in the world. Horse-drawn carts still roam the streets, while clued-in visitors take advantage of tax-free shopping in Ciudad del Este. Culture’s covered too, with Jesuit ruins and imposing halls of power nestled in impressive colonial cities. Get your guaraní, pack a map and practice your Spanish – Paraguay’s waiting to be discovered. 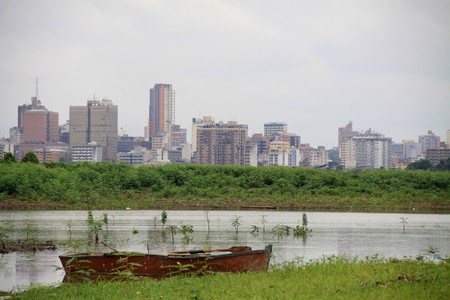 Paraguay is a land of many contradictions | © queulat00/Flickr

Founded in 1537 by the Spanish, Asunción was once one of the most powerful colonial strongholds on the whole continent. Today it’s a modern, welcoming capital city, with a handful of original 17th century buildings, great restaurants and revealing historical sites. Stick around Plaza de los Heroes, Manzana de la Rivera and Playa Uruguaya for the best architecture, before catching a bus out to the immersive Museo del Barro – a must-see museum packed with ancient art. In the balmy evenings, head to Avenida Mariscal López to scope out colonial-style mansions, or down to the bay for a breezy riverside walk. 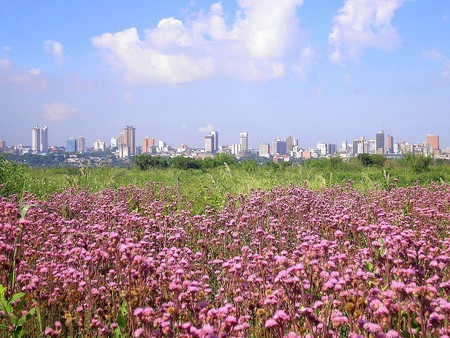 Technically straddling the border between Brazil and Argentina, the unmissable Iguazú Falls are just a hop away from Ciudad del Este on Paraguay’s eastern edge. Among the greatest falls in the world, there are 250 chaotic cascades and a myriad of epic, jungle-like pathways on the Argentinean side. Take a day trip across from the city by bus and don’t miss Saltos del Monday en route – a spectacular 80-meter (262-foot) waterfall with viewing platforms and a pretty hiking trail nearby. 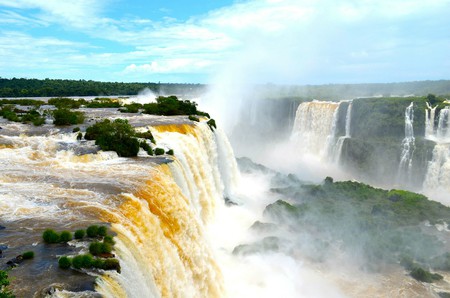 Adrenaline junkies should head straight for Eco Reserva Mbatoví, an ecologically diverse park south-east of Asunción. It’s lined with Chachi – a delicate fern that’s close to extinction – and is home to armadillos, native rabbits and cute rodents. Open on the weekends, you can sign up for a number of hair-raising activities – like nipping down the 105 meter long (344-foot) zipline, swinging across the four hanging bridges and descending the rappel trail down a sheer cliff face – for about US$35. 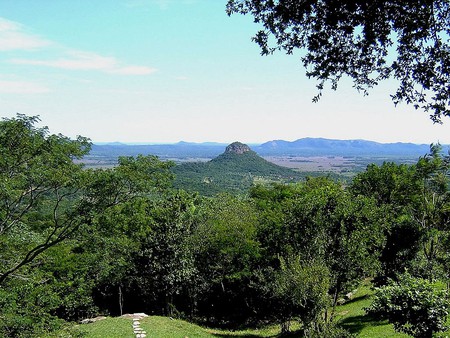 For a classic South American experience, you can’t beat a stay on a traditional ranch. The sprawling Estancia Aventura in the Cordillera mountains is an idyllic retreat, offering sightseeing trips, local food and undisturbed relaxation. Head out horseback riding with gauchos against the backdrop of the peaks, or spend your days fishing, swimming and sunning by the lake. 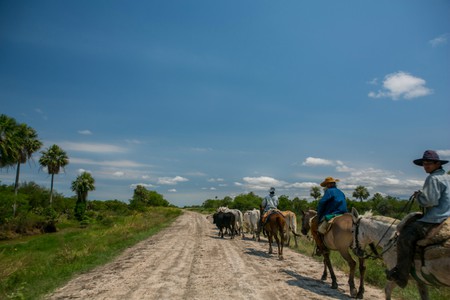 Affectionately known as “the pearl of the south,” Encarnación is Paraguay’s prettiest city. Locals flock to its fabulous waterfront, graced with a pleasant beach and flanked with cheap and cheerful bars and restaurants. Shopaholics will be in their element here, as (aside from its less attractive cousin, Ciudad del Este) the city is one of the cheapest shopping destinations in the world. When it comes to festivals, Carnaval is the biggest draw, pulling in visitors from across the country and beyond for street parties from early January to late February. 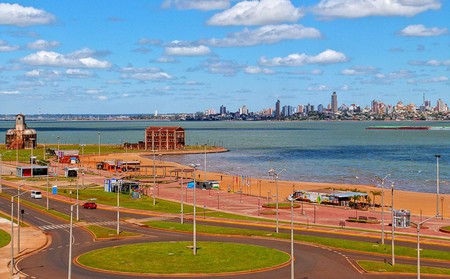 The gnarled ruins of Jesuit colonies built by missionaries in the 17th century are perhaps Paraguay’s most visited spots. These two UNESCO World Heritage sites in Encarnación reveal the scope of the Jesuits’ mission to assimilate the indigenous Guaraní to their religion. After the Guaraní War in 1756, which forced Jesuits out of Spanish lands, the colonies were abandoned and fell into decay. Stay past dusk for the nighttime light show at Trinidad, and check out the smart museum for the history of slavery and colonization in the region. 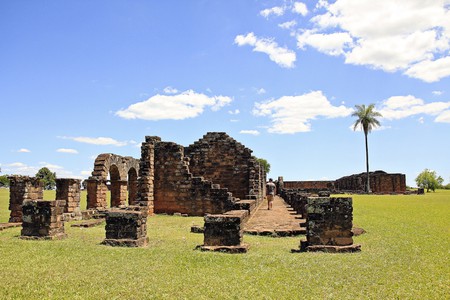 Ybycuí is Paraguay’s most visited national park – and for good reason. It’s an exotic stretch of the Upper Paraná Atlantic Forest, home to the howler and capuchin monkeys, peccary, coatí and tropical birds. Entry is only around US$8 per vehicle, which includes a visit to the iron foundry and museum – a relic of Paraguay’s arms industry. Swim in the pool beneath the park’s modest falls, or join a guided trek to spot hundreds of colorful butterflies. 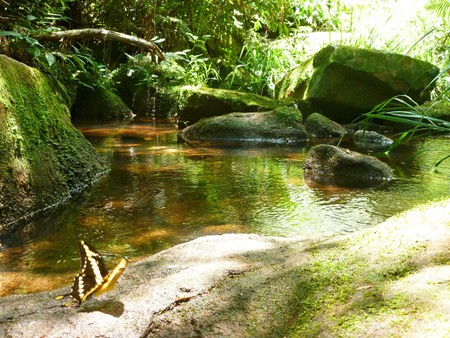 A quaint holiday escape east of Asunción, San Bernardino is known as “the summer city.” Busy with visiting Paraguayans between December and March, it’s the place to see and be seen outside of the big city. Lapping at the shore is Lake Ypacaraí, leaving behind soft beaches dotted with palm-fringed umbrellas. Water sports abound here, even if swimming is discouraged. Colonial townhouses – built by German and Swiss immigrants at the end of the 19th century – and a bunch of up-and-coming restaurants add to its spring break vibe. 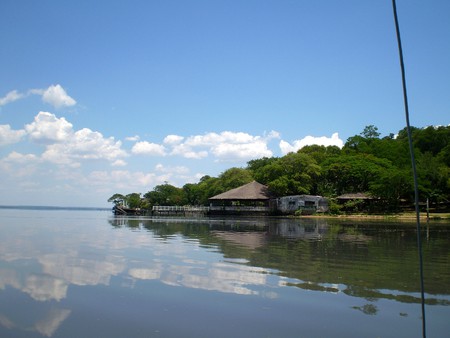 Vast and isolated, the Gran Chaco wilderness is speckled with dense forest and scorching plains in turns. It swallows up the country’s western half, extending into Argentina and Bolivia. Some of Paraguay’s most intriguing wildlife lives here – look out for pumas, tapirs, anteaters, over 500 species of tropical birds, and even jaguars after sundown. If you’re brave enough, pitch up a tent in one of the nature reserves, or seek out Guyra Paraguay for guided birdwatching tours and conservation projects. 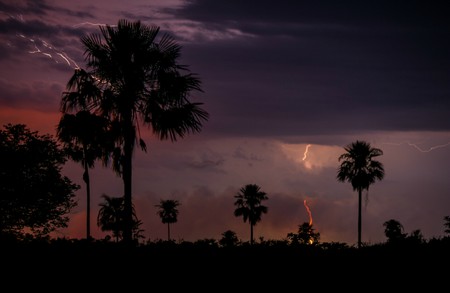 As one of the seven engineering wonders of the modern world, Itaipú Dam is worth a visit for this prestigious title alone. This enormous structure – only outdone by China’s hydroelectric dam – is one of the largest in the world, generating around 75 percent of Paraguay’s electricity. It even boasts a carefully designed ecosystem for native birds and fish. Go out on a guided tour or a fishing trip to take in the grand scale of this man-made marvel. 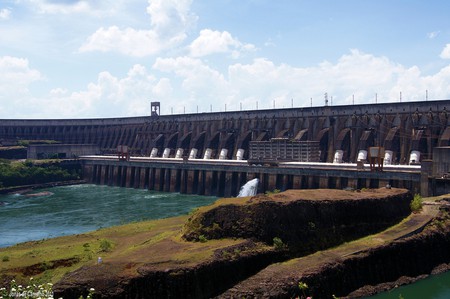