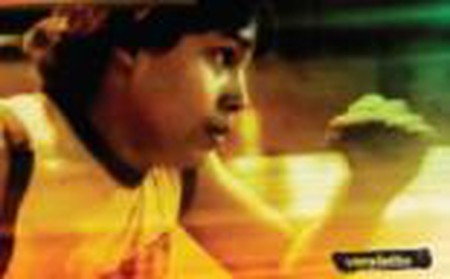 After struggling under dictatorial rule for much of the 20th century, Paraguay’s independent film industry is beginning to blossom. With a growing number of young directors, writers, and actors making waves in the industry, film is becoming recognised as a viable art form in Asuncion and beyond. We look at the top Paraguayan directors making at impact at home and abroad right now. 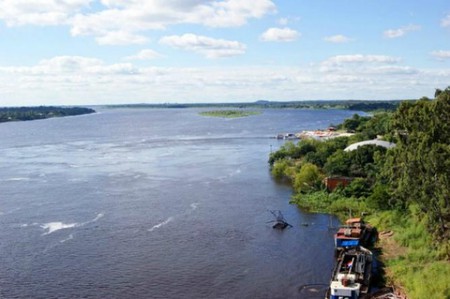 It has taken a while for cinema to find its true voice in Paraguay. This lengthy struggle is mainly because of Alfredo Stroessner, whose dictatorship between 1954-1989 acted as a creative stranglehold, stifling and suppressing Paraguayan film culture. Movies during this period were made solely to venerate a brutal dictatorship. Therefore, cinema did not exist as an independent artistic and creative movement.

Yet even when Paraguay became a democracy in the 1990s, filmmaking was still slow to materialise as a serious art form in the country. Though funding is still a major issue, there is now an identifiable living and breathing film culture that is being fostered by many passionate and talented directors, all of whom are making an impact internationally.

Etcheverry has been leading a movement that has aimed to engender a thriving filmmaking culture in Paraguay. He took it upon himself to shake the country out of its stupor. Less than a year after the overthrow of Stroessner, he promptly founded the International Film Festival in Asuncion and also established Cinémathèque of Paraguay. An important facet of his work is to educate Paraguayans about the appeal of international films that are not American blockbusters. He is keen therefore to cultivate their interest in alternative cinematic movements.

Etcheverry studied cinema in America, where he learnt a lot from American independent and avant-garde films. His most famous film is The Gate of Dreams, which celebrates Augusto Roa Bastos, a hugely influential Paraguayan screenwriter who spent many years in exile in Buenos Aires during Stroessner’s dictatorship. Another notable production by Etcheverry isThe Call of the Oboe (1998), a Brazilian-Paraguayan feature film that he co-wrote and produced.

Encina made an impressive impact on her directorial debut, which consequently helped to put Paraguay on the cinema map. Her first feature film, Paraguayan Hammock (2006), won the Cannes FIPRESCI Prize in the ‘Un Certain Regard’ category and the Critics Award at the São Paulo International Film Festival. The film, stylistically ‘slow cinema’, takes places at a hammock in rural Paraguay where an elderly couple wait for the return of their son from the Chaco War – a territorial conflict with Bolivia in the 1930s. The film is distinctive for its dialogue, spoken entirely in Guarani – one of two official languages in Paraguay.

This art-house movie is therefore an engrossing portrait of Paraguay’s national identity. Another important film made by Encina is Southern Wind (2012), a story that bravely highlights the methods used by the Stroessner dictatorship to torture and intimidate dissenters.

Juan and Tana have to be mentioned together as they co-directed 7 Boxes (2012), a film that on its release demolished box office records in Paraguay such was its popularity. It is a dizzying, fast-paced Hollywood styled thriller that is undeniably Paraguayan in content. The story centres round Victor, a young delivery boy who works at a bustling market in Asunción. One day he receives a seemingly straight-forward offer: deliver seven boxes of unknown content in exchange for a considerable fortune. Yet matters are complicated, as Victor unwittingly becomes embroiled in a crime.

This low-budget film made an incredible impact on the international scene, scooping up countless awards as well as being shown at many film festivals around the world. However 7 Boxes – Juan and Tana’s first ever feature film – is a relatable story for many in the country, providing a cinematic narrative of the real life poverty that is sadly prevalent in Paraguay. Additionally, the directors have established Maneglia-Schembori, an industry that is dedicated to producing Paraguayan films.

Born in Asunción, Galia Giménez is the first Paraguayan to obtain a Masters in Stage and Film Directing at Moscow Film Institute. As well as making many films, he also works as a professor at Instuto IPAC. The year 2002 was a busy year for him as he directed two well-received films: Requiem For a Soldier and Maria Escobar. The former is based on an original story by Augusto Giménez, focusing on a group of veterans from the Chaco War.

Maria Escobar is an engaging story on the reality of everyday life of many citizens in Paraguay, whereby people move from their home in search of work and ultimately a better life. Both films were premièred in Washington during the Latin American Film Festival.

Martinessi started his career in television, reaching the pinnacle as director of national channel Public TV. So his venture into filmmaking is recent, yet nevertheless, he has already made some impressive artistic statements. Man of the North (2009), is a poetic piece of work based on a story written by Carlos Villagra Marsal in 1953. This atmospheric short black and white film captures the isolation of an old woman living alone in the Chaco desert, who ends up conversing with a stranger. Man of the North won the award for best Mayuel Iberoamerican Short Film Festival 2009 in Guadalajara, Mexico and the first prize at the AXN Film Festival. It has also been shown at the Berlin Film Festival.

Ultima Street (2010), examines the lives of poor youngsters who live on the periphery of society in Asunción. This film demonstrates his flexibility as a director, for the script is a collaboration between him and the actors living in the area. The Wasteland, an adaptation of a story by Roa Bastos, only lasts 10 minutes but is still a cinematic achievement with its claustrophobia and shaky camera work.

Shown at the 15th Latin American Film Festival, The Napkin Universe is an amusing portrayal of middle-class life in Asunción. The central character Felix, suffering the ignominy of losing his job and his girlfriend, decides to search for a better life with the assistance of his close friends Sancho and Eme.

This film is emblematic of the strides Paraguay is making from its dictatorship era, as it depicts a contemporary and spirited country. It has struck a chord with the younger generation in Asunción, making them realise that their stories can be told to great effect on the big screen. His first foray in filmmaking was the short film Yesterday in 1994, and has been consistently creative since as evident by him establishing his own production company in 2012 called ANTAGONISTA.