Participating at the Venice Biennale for the first time, Paraguay attempts to reunite with the art world through photography, installation – and videogames. The first Paraguayan representatives to exhibit at the Venice Biennale, are Pedro Barrail, Félix Toranzos, Diana Rossi and Daniel Milessi. 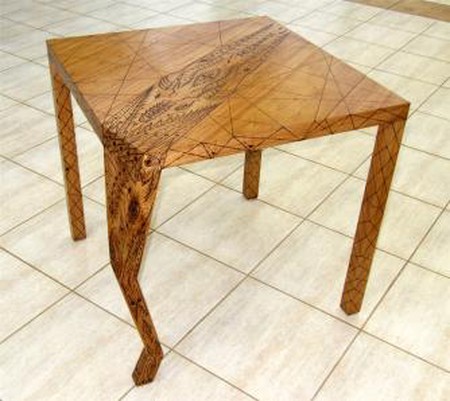 Curating the first Paraguayan exhibition at the Venice Biennale is Osvaldo González Real, art critic and professor at the Institute of Fine Arts of Paraguay. The exhibition’s ambitious title – The Encyclopedic Palace of Paraguay – openly pays tribute to the main event itself, as well as indicating the small country’s aspiration to offer the pavilion’s visitors a varied collection of artworks representative of Paraguay’s rich cultural traditions. The artists selected for this feat are designer Pedro Barrail, visual artist Félix Toranzos, painter Diana Rossi, and graphic designer Daniel Milessi.

Pedro Barrail is a contemporary artist and architect who works in a mélange of different media; his pieces range from unique furniture designs with an edge (e.g. chairs and tables covered in hand-made tribal tattoos) to more conventional color photographs. In Venice, Barrail has set up a photographic installation entitled View of Point, simply comprised of an image on a canvas covering the whole wall. Curiously, the image is of the main room containing the image itself. Barrail explains in detail, ‘In the center of the … photo there is a red dot; “You are not here” it tells us. The red dot is [the] “view of point” that will guide [the viewers]… to nothingness.’ This image is, according to the artist, a metaphor of Paraguayan cultural isolation and of its restless wandering in the surrounding world. 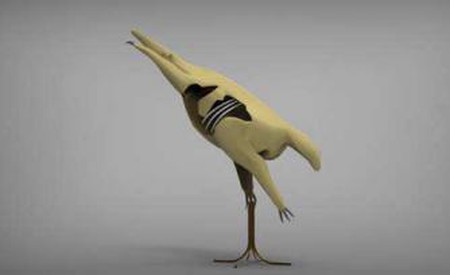 Diana Rossi, Sacred Totem of the Aché/ Courtesy of the Paraguay Pavilion

Sacred Totem of the Aché is the title of the installation by painter Diana Rossi showcased at the Paraguayan Pavilion. A prehistoric fossil recently found in Paraguay was the artist’s main source of inspiration. Curator González Real explains in detail, ‘This is an installation that represents the anteater (yurumi) totemic animal of the tribe Ache-Guayaki. For Indians this mammal is considered genitor, sacred ancestor and icon of the ancient inhabitants of this land. … The work also recalls the genocide committed against these tribes in 1973 … The idea of Diana is to pay tribute to the memory of the disappeared.’

A more conceptual installation is brought by Felix Toranzos, a visual artist, architect and graphic designer well known both in Paraguay and abroad. Toranzos brought to Venice his Palace of the Winds, an abstract ‘wandering museum’ that aims to recall the marble, octagonal clock tower found in the Roman agora in Athens, Greece. This tower was constructed in the 1st century BC and its exterior walls all depicted images of the winds. These images, juxtaposed with images of architectural details of a 19th century villa, form the decorative elements of the Palace of the Winds.

Explaining Paraguayan history through art is the objective by graphic designer and video artist Daniel Milessi, who brought to the Biennale Yasururu Sororo, ‘an imaginary encyclopedia of Paraguayan history in videogame format’, as explained by the artist himself. His videogame presentation is a revisionist conception of history, from colonial days to the present. ‘[It is] a history of invasions … taken as a game, a game where no one can win,’ he further explained.

Paraguay is the only South American country amongst this edition’s first-time exhibitors: the Bahamas, Côte d’Ivoire, the Kingdom of Bahrain, Kuwait, the Maldives, Nigeria, and the Republic of Kosovo. According to Paraguayan commissioner Elisa Victoria Aquino Laterza, participating at such an international and prestigious event like the Venice Biennale will give Paraguay the possibility to reunite with the world through art.