The 10 Most Beautiful Natural Spots In Paraguay

With its dreamy beaches, breathtaking waterfalls, lush biodiversity and gleaming golden dunes, Paraguay is a perfect destination for anyone who wants to go into the wild. Here are the 10 spots that anyone with a taste for the more outdoorsy side of life should be sure to hit while touring the country. 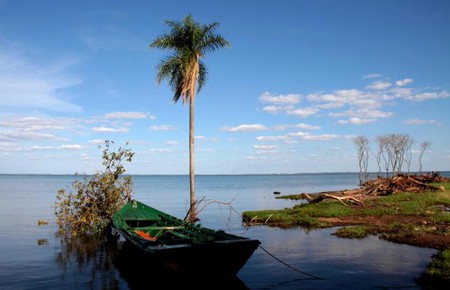 The Koi and Chorori Hills located on the northwest side of Lake Ypacaraí is a protected area of 5 hectares connected to the Ybytypanemá summits. These scenic mountains are known for their columnar sandstones formed 40 million years ago as a result of strong magmatic events. Similar geological formations are found only in Egypt, South Africa and Canada. In 1993, they were declared a Natural Heritage Site for thier unique geology. The polygonal shape of these sandstone hills is remarkably beautiful and the whole area resembles a honeycomb.

The ancient Paraguayans used to say that the primary source of wisdom in the world was a waterfall that issued forth from the inner earth and out into the realm of humankind. And yet, of truth they have spoken you could say, for the Monday Waterfall really does evoke a sort of spiritual epiphany amidst many of its onlookers. This majestic waterfall running 40 meters down and 120 meters wide remains a major tourist attraction in Paraguay. It offers the ultimate experience for lovers of nature, while a tour here will lead adventurers to the basin of the waterfall, where the roar of a million tons of water plunging from the cliff walls all around echos incessantly. 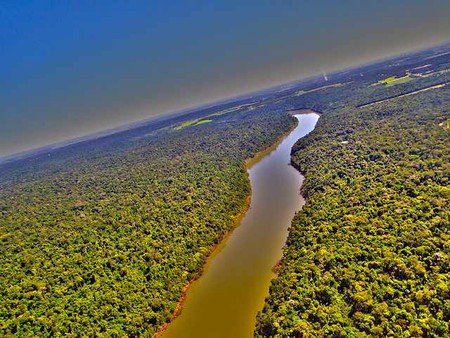 The Ñacunday Falls are known as the Niagara Falls of Paraguay. Located 900 meters from the meandering waters of the Paraná river, they form a single stream 40 meters long, flowing downwards over a giant basalt step; one of the most astonishing displays of raw power in South America. The Ñacunday Falls form a part of the Ñacunday National Park, famous for its astonishingly rich fauna and flora. This is the place to watch the spectacular dances of the river otters as they dive down through the water in pursuit of eels and other exotic river fish.

In the bowels of the hills of the San Lazaro Vallemí area, this maze of labyrinthine paths invites travellers to descent into the heart of the earth, where pure adventure awaits amidst an underground network of mysterious caves, including the caverns of Tres Cerros, Calera Risso, Campa Jhopo, and Cerro San Lazaro. These openings in the earth have existed for millions of years and require explorers to walk and crawl through narrow passages deep below the surface.

This mysterious, natural lake is about 50 kilometers from the city of Bella Vista, Amambay, and 120 kilometers from the Pedro Juan Caballero Rinconada colony. With its crystal-clear, turquoise waters and lavish, sub-tropical vegetation, the lake looks like a paradise on earth. Its origins are unknown, but geologists say it must have emerged over 250 million years BC. Take the plunge into the pleasant waters inhabited by a variety of fish and linger there expectantly waiting to meet some unique species of amphibians!

Dunes of St Cosmos and Damian

Journey to the amazing dunes of St Cosmos and Damian, located in the center of Yacyretá lake, formed by the waters of the Paraná river itself. These dune towers rising over 30 meters high are the glorious remnants of Mount Ybycuí. The dunes form an island, surrounded by pristine waters and majestic scenery. Set sail with a hop-on, hop-off boat to reach the dunes and chose a path to walk and explore.

Often strange are things of beauty, and the Tree Tunnel in Santa Rita is truly beautiful! Dreamlike and magical, this green tunnel made of tall trees and beautiful flowers stretches 400 meters on Route 6 in Panama Alto. Cross it by car or on foot and rest assured that this enchanting journey will make you feel infinitely closer to the great poets of the Romantic age of Paraguay. As you walk or drive, become aware of the nostalgic atmosphere floating silently above you and enjoy the stillness that comes from the setting! 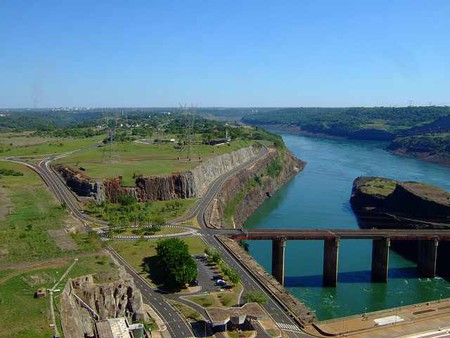 Just 65 kilometers from Asuncion is Lake Ypoá, the largest lake of Paraguay. Located in the Ypoá National Park, the lake is surrounded by lush vegetation and directly linked to the eco-region of Ñeembucú. Visitors can walk through the jungle all around the lake to experience the extraordinary biodiversity of the region. Be prepared for unexpected encounters with noisy monkeys and don’t forget to bring the gear for an unforgettable barbecue under the star-studded sky! 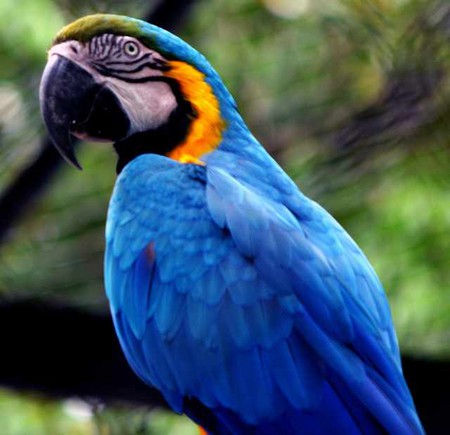 Kururu Kua: The Aquatic Cave in the Heart of Amambay

When a group of explorers traveling to Ojo de Mar accidentally discovered the Kururu Kua in 2007, they called it “a freak of nature”. The aquatic cave hiding in the heart of Amambay is a geological miracle because, unlike most of the caves in the world, it does not consist of limestone, but of sandstone. Since 2004, this breathtaking network of tunnels and underwater caves has been open for divers who seek the ultimate adventure. The caves are 100 meters deep and 300 meters wide, surrounded by a blue lagoon of transparent water. Explore 1000-year-old fossils in the pitch-black abyss of the caves and meet the unique species that inhabit its surrounding environs.

Around 25 kilometers east of Asunción, travelers will meet with Lake Ypacaraí, Paraguay’s most famous. There are many legends associated with origins of its name. Some say that Ypacaraí means “sacred lake”; the legend speaks of Luis de Bolaños, a Franciscan missionary who blessed the place around 1600. In our times, the lake became famous because of the song “Memories of Ypacaraí”, written by Demetrio Ortiz. But whatever the origins of its name, this beautiful lake located in close proximity to three cities – Areguá, San Bernandino, and Ypacaraí – is a major tourist destination and truly worth the hype!