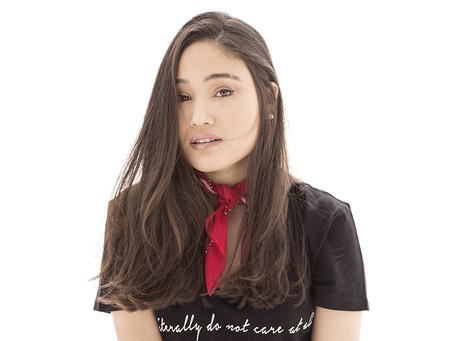 There’s no denying that the fashion industry in Paraguay is in full swing – while international brands still hold sway on the high street, up-and-coming local labels are starting to make waves thanks to support from the country’s blogueras de moda. From beauty queens to digital whizzes, here are five fashion bloggers from Paraguay you should keep an eye on.

Perhaps one of Paraguay’s most celebrated fashionistas, Puppa Careaga has been at the forefront of the country’s fashion blogging scene since April 2015 with her fabulous site Miss Piru. She was the first Paraguayan fashion blogger to attend New York and Sao Paulo Fashion Weeks last season and has high-profile collaborations with major brands such as Lanvin and Kate Spade under her belt. She’s been photographed by Vogue Italy wearing Maxi Galeano and for Vogue Mexico in Tania Mencia, and has exclusively interviewed the likes of Anna Fendi, Agatha Ruiz de la Prada, Paris Hilton and Custo Dalmau. Her blog is dreamlike, focusing on Paraguayan designers and high-end couture.

Heavily influenced by expressionist art and retro fashions, Cristina Arana is Paraguay’s spokeswoman on the European stage. An actress, model, producer and now blogger, she moved to Spain in 2008 and modelled for brands including Hugo Boss, Loewe, Swarovski, Roberto Cavalli and Guess. She’s now a fashion hunter at Fashion Weeks across Europe, and shows off international trends in pretty pastels on her chic eponymous blog.

A former student of fashion design and an avid world traveller, Sofi Zanotti (also known as the Pink Ninja) is a digital strategist and amateur blogger based in Asunción. Her blog is down to earth, focusing on trends in Paraguay, Brazil and the United States’ capital of fashion, New York. As well as seasonal outfit tips and beauty snippets, she digs into international travel, the direction of digital tech and female entrepreneurship. When it comes to her own look, straw hats and printed headscarves might just be her signature.

Alba Riquelme is a Paraguayan beauty queen and model who turned her hand to blogging after she was crowned Miss Universe Paraguay in 2011. Her bilingual blog features European trends with Paraguayan accents, with categories including Daily Details, Beauty and Lifestyle. Late last year she was photographed in Paraguayan designer Ginebra for LEVEL Magazine and was featured as one of Paraguay’s up-and-coming bloggers by Monalisa. Glamorous and elegant, her style calls on the underwear as outerwear trend, block colours and sharp lines.

Give Me a Coffee was founded by 21-year-old Paraguayan fashionista Adriana Ayala in 2012. Since then, she’s partnered with Pantene and Piece of Cake among others, covering fashion events, launches and competitions in Paraguay and beyond. Her witty blog is peppered with tips for accessorising, cosmetics reviews and travel anecdotes, with her quirky looks coming straight from the high street, featuring stripes, colour blocking and sparkling jewels.