Elisa Lynch, or ‘Madame Lynch’ as she is more commonly known, is a controversial character in Paraguayan history. Often compared with Eva Peron and widely considered a heroine and a national icon, she has an equal number of admirers and detractors. 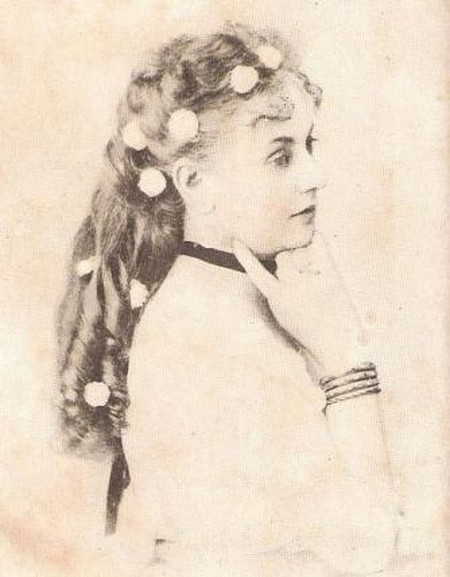 Many rumors had been spread about the life of Elisa Lynch, but the main facts are that she became the mistress and de facto first lady of Francisco Solano Lopez, President of Paraguay from 1862 until his death in 1870. She had five children with him although they were never married nor lived in the same house due to her supposedly ‘indecent’ past, and she accompanied him during the entire Paraguayan War and led a group of women who supported the soldiers called ‘Las Residentas’.

It was in this capacity that she came to be in Cerro Cora, when Lopez was finally killed. This dramatic story is retold in several books, such as The News from Paraguay by Lily Tuck and The Shadows of Eliza Lynch: How a Nineteenth Century Irish Courtesan Became the Most Powerful Woman in Paraguay by Sian Rees.

Elisa Alicia Lynch, was born in Cork, Ireland, in 1835, but moved to Paris to escape from the Great Irish Famine. She got married at the age of fifteen, but soon regretted her marriage. It also has been rumored that she was a courtesan. At the age of 19, she met Francisco Lopez Solano, at that time the Paraguayan President’s son, who was in Europe purchasing large quantities of arms, together with several steamers, and organizing a project for building a railroad and establishing a French colony in Paraguay.

She followed him to Asuncion. In spite of being rejected by Paraguayan society for being a divorced foreigner, she had a huge influence in Paraguay’s social life, bringing and popularizing French cuisine, Revue theater and European fashion. She changed the habits of Asunción, the capital of Paraguay, where in its halls people started to play chess and talk about literature.

On one hand, she often had the role of an unofficial head of state, attending the population’s demands. She made some improvements bringing European teachers and professors and promoting female education, which was almost absent, as well as the creation of the first hospital for women.

On the other hand, she became the world’s largest female landowner thanks to the gifts she received from her admiring general, and some people say that her ambition led Solano Lopez towards the Paraguayan War. Also known as the War of the Triple Alliance, it was a military conflict in South America fought from 1864 to 1870 between Paraguay and the Triple Alliance of Argentina, Brazil, and Uruguay, which caused more deaths proportionally than any other war in modern history, and in particularly devastated Paraguay, killing around 70% of the male population.

After Solano Lopez’s death, Elisa Lynch flew to Paris, but returned to Paraguay on the invitation of President Juan B. Gill, who supported her claims to confiscated property. However, she was again deported to France and finally settled in Paris where she died in 1886, in penury and oblivion. In the 1960s though, thanks to nationalist and revisionist historians under the government of Alfredo Stroessner, Elisa Lynch was recognized as a Paraguayan national heroine and her remains were removed from a grave of the Père Lachaise cemetery in Paris and brought to the Defense Ministry Museum of Asunción, Paraguay. Also a central street in Asunción was named ‘Madame Lynch’ in her honor.