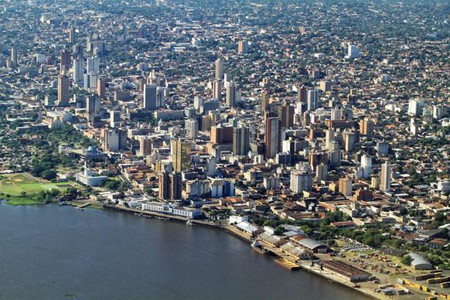 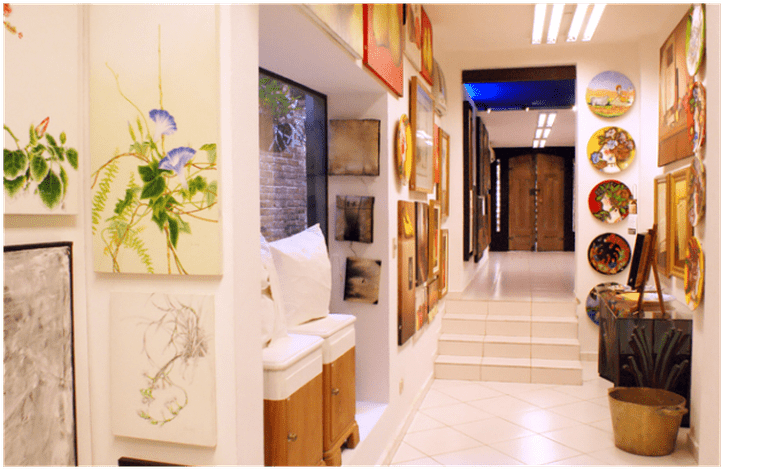 Fabrica Art Gallery | © Fabrica Art Gallery
The Fabrica Art Gallery specialises in contemporary art and exhibits both renowned and emerging national artists, but Paraguay-related works by foreign artists are also often on display. Founded in 1981, the gallery has relocated many times until its final opening in 2002. It now occupies the ground floor of the so-called ‘blue house’ of Osvaldo Salerno, one of the three founders. Numerous exhibitions, featuring painting, etching, photography, drawing, sculpture and textile art, have taken place in this gallery, which rightly describes itself as a club for the arts. The premises include a magnificent garden, where visitors can enjoy a pleasant walk surrounded by lush greenery, and admire various objects of art – or even the peacock that lives there.
Open In Google Maps
609-240 Sargento Martínez, Asunción, Asunción, Paraguay
+59521604782
Visit Website
Give us feedback 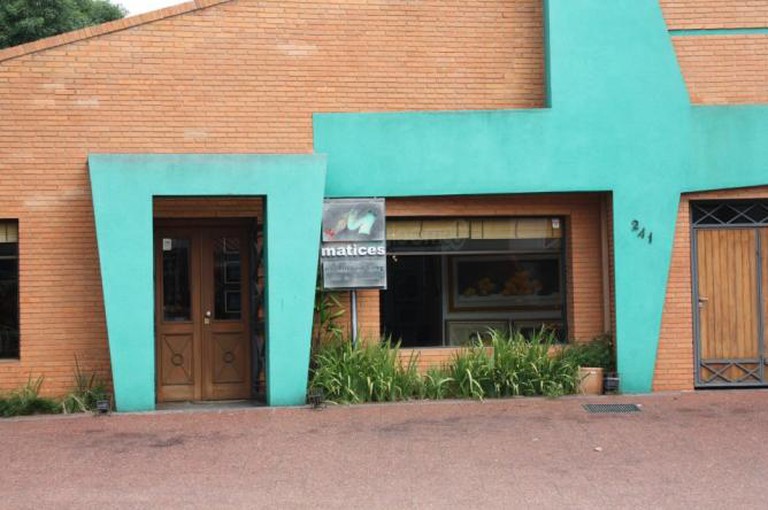 Galería de Arte Matices | © Galería de Arte Matices
Lovers of Paraguayan art will be thrilled to visit the Matices Art Gallery, located near the Villa Morra Event Centre. Founded in 1997 by Dody Gaona, a cultural operator, the gallery displays a wide range of national artworks. It is also a place where the works of world-renowned artists stand alongside those of the new generation. Though exclusive, the collection is extremely varied and features media as diverse as painting, sculpture, silkscreen printing and etching.
Open In Google Maps
Asunción, Paraguay, 1892, Paraguay
+59521660535
Visit Website
Give us feedback

Described as a cultural hub specialised in Paraguayan art, Multi Arte Art Gallery opened its doors in March 1997. Since then, it has housed both individual and collective exhibitions, providing its visitors with the best artworks created by Paraguayan and foreign artists. Among the artists who are permanently exhibited in the gallery are the likes of Ricardo Migliorisi, Cristina Paoli or Lucio Aquino, but the works of young emerging artists, whose creativity has been promoted by the gallery since 2001, are frequently included in shows and the permanent collection. For those eager to learn more about art, Multi Arte has also its own library and organises painting workshops for children and adults. 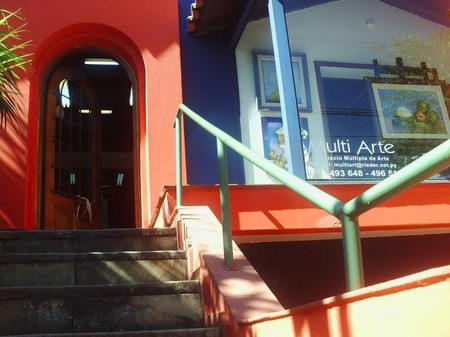 Art Gallery
Facebook
Email
Twitter
Pinterest
Copy link
Share
Map View
Managed by Rosario and Ricardo Marsal, Marsal Art Gallery is located near the Latino Theatre (Teatro Latino), in the centre of Asunción. Founded in 1994, this small art and artisan gallery has been offering its customers art and crafts from Paraguay and Uruguay for 20 years. Like many other galleries, Marsal attaches a particular importance to the promotion of young, emerging artists. The exhibited oil paintings and watercolours mostly illustrate native Paraguayan and Uruguayan themes such as landscapes, harbours or indigenous people. Other works will also give visitors an insight into the little-known œuvre of Paraguayan surrealism.
Open In Google Maps
345 Caballero, Asunción, Asunción, Paraguay
Give us feedback

As its name indicates, Pablo Avila Contemporary Art has been specialising in contemporary art for over 20 years. The gallery, which opened its doors in 1990, was founded by two art specialists, Cristina Paoli, a renowned surrealist artist, and Pablo Avila, actual director of the gallery and cultural promoter of visual arts since the 1980s. Permanent exhibitions include works created by native artists with a strong international reputation, such as Ricardo Migliorisi, whose expressive, colourful works conjure up a sense of magic and native power.

The Casa Mayor Art Gallery was established in 2000 in the Villa Morra District, which has seen important developments in the last years. The gallery’s exhibitions and project invariably meet one simple criterion: they give emerging and established artists the opportunity to share their feelings and views with the world, so enabling a fruitful dialogue between the artist and the public. The gallery mainly offers oil paintings, watercolours and sculptures created by internationally renowned Paraguayan artists like Pedro Barrail, Carlos Almeida and Félix Toranzos. Recently, Casa Mayor housed a retrospective exhibition commemorating 25 years of sculpture, which included the haunting bronze figures of Gustavo Beckelmann, an accomplished Paraguayan sculptor. 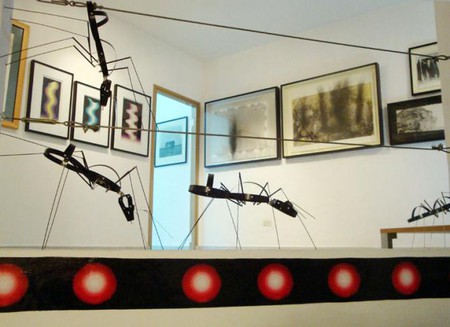 Named after its creator, the Verónica Torres Gallery was launched in 1996 in the Mariscal Lopez Shopping Mall. The aim of Torres was to bring the general public into contact with art in a way that would make this experience special and memorable to them. In other words, she wanted this place to be a crossroads between art and sales. To achieve this, she has been organising painting, sculpture and photography exhibitions featuring illustrious Paraguayan artists such as sculptor Gustavo Beckelman, op-art creator Enrique Careaga, or Jorge Ocampos, whose geometric take on human faces produces intriguing portraits with an underlying indigenous edge.

Guggiari Arte | © Guggiari Arte
Guggiari Arte is an art showroom founded in 1995 by sculptor Javier Guggiari, son of the famous sculptor Hermann Guggiari. After having worked with his father, who used to organise exhibitions in his studio, he decided to open his own showroom in 1986. A decade later, Guggiari Arte was launched as a place to exhibit and sell his own work. Guggiari’s creations belong to the field of applied arts, resulting in a harmonious combination of purely artistic and everyday objects. In his hands, a simple table or lamp becomes a real artwork as it becomes embellished with gentle curves, sharp edges and surprising twists. Working with diverse materials, Guggiari always seeks out originality, quality and aesthetics, which have become absolutely key to his work over the years.
Open In Google Maps
2587 Avenida Aviadores del Chaco, Asunción, Asunción, Paraguay
+595991717247
Give us feedback 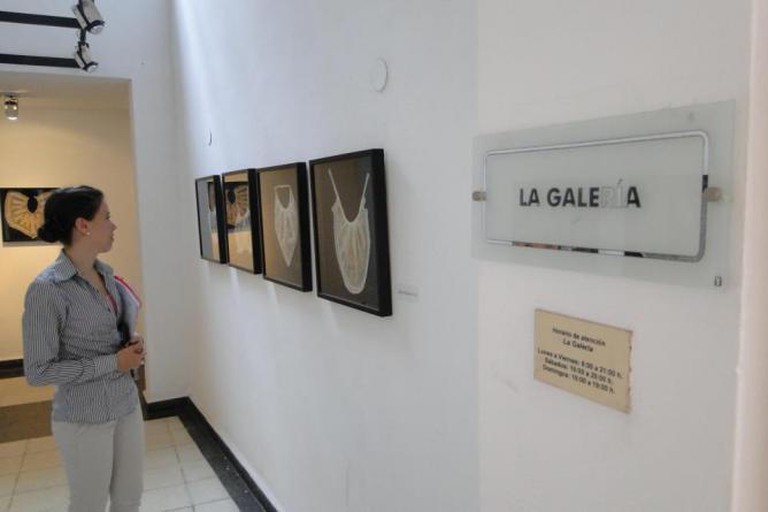 Manzana de la Rivera | © Centro Cultural Manzana de la Rivera
Located in front of the Palacio de López, the Cultural Centre Manzana de la Rivera is a complex of nine restored historic houses. While the Viola House (Casa Viola) houses its own museum of the history of Asunción, several exhibition rooms and art galleries have been converted in the other buildings. The Miguel Acevedo Gallery, in the Clari House, is one of them. Another gallery, La Galería, is located in the Emasa House (Casa Emesa) and is mainly used for temporary sculpture exhibitions. The Castelvi House (Casa Castelví) has two galleries, one dedicated to conquistador Domingo Martínez de Irala, and the other exhibiting the works of Juan Samudio, whose soft landscapes made him one of Paraguay’s favourite artists in the early 20th century.
Open In Google Maps
Juan E. O'Leary, Asunción, Asunción, Paraguay
+59521442448
Visit Website
Give us feedback
Give us feedback