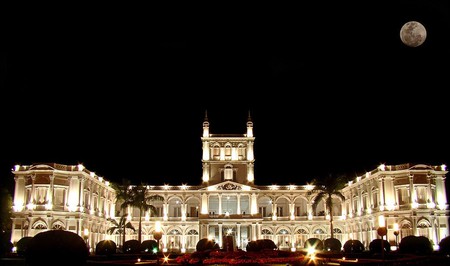 It may be a relative unknown on the South American tourist trail, but Paraguay’s cosmopolitan capital is not without its charms. One highlight is its impressive selection of grandiose colonial-era constructions, many of which help tell the story of the country’s checkered past. Join us on a walking tour of Asuncion’s best architectural landmarks.

Our tour starts in Plaza de la Democracia, the city’s main square and a famous flashpoint for political unrest. In the northwest corner lies the imposing National Pantheon of the Heroes which was built in 1936 as a shrine to honor those who paid the ultimate sacrifice during the country’s many disastrous wars. Featuring a distinct Greek style, the pantheon is the final resting place of Paraguayan war heroes, unknown soldiers, and the country’s beloved first president. A theatrical changing of the guard ceremony takes place every day.

Open In Google Maps
Chile, Asunción, Paraguay
Give us feedback 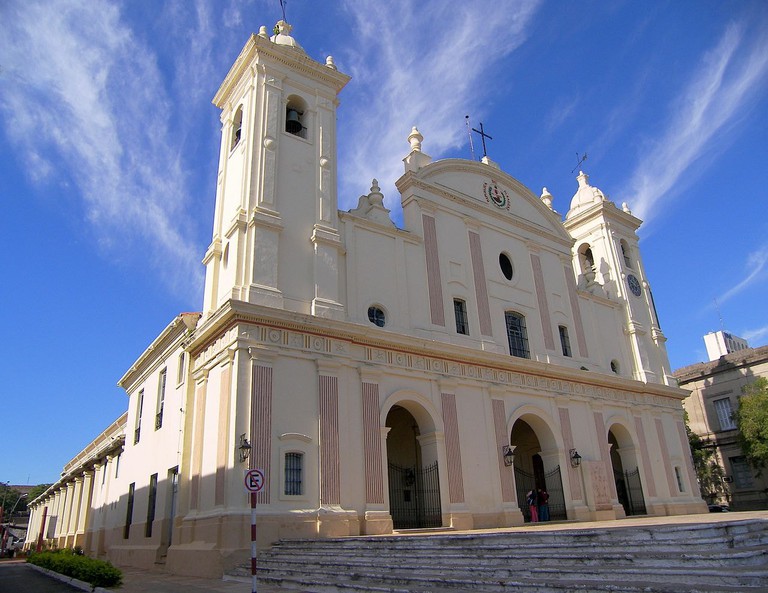 Two blocks to the north is the striking Metropolitan Cathedral of Our Lady of the Assumption, the city’s most celebrated church. It was built in 1836 to replace a smaller 16th-century chapel and is characterized by its twin bell towers, regal beige facade, and intricate stained glass windows. Inside is a tall silver alter which the Pope himself prayed on back in 2015. 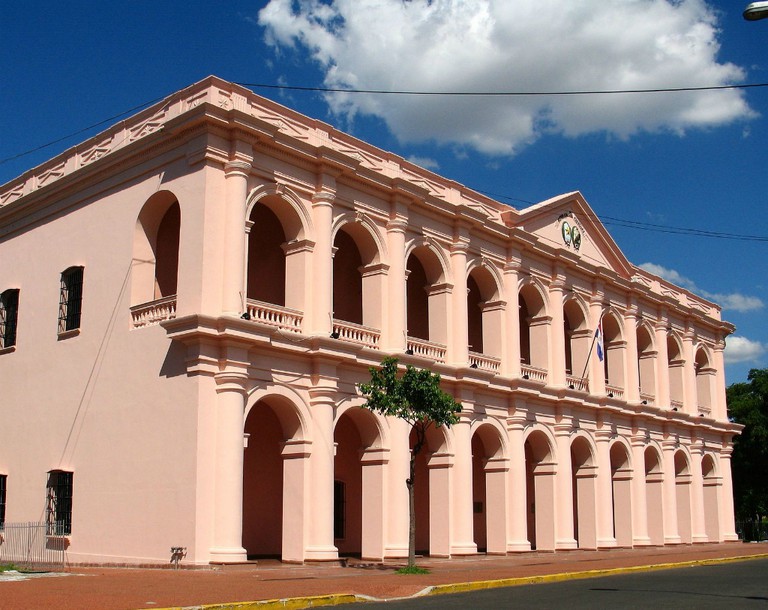 El Cabildo | © Preyes / Wikimedia Commons
After walking two blocks to the west, head to the northern edge of the Plaza de Armas (giving the congregations of local drug addicts a wide birth) to the wonderful El Cabildo, a former town hall which has been converted into an indigenous heritage museum. Throughout its numerous spacious halls are exhibitions covering everything from Guarani art, music and dance. The magnificent construction served as Paraguay’s Congress right up until 2003.
Open In Google Maps
Plaza de Armas, Asuncion, Paraguay
+59521443094
Give us feedback 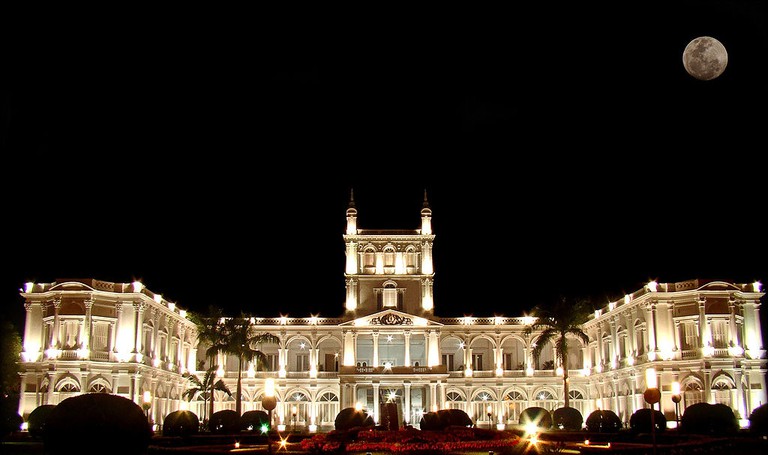 Palacio de los López at night | © Marco Bogarín / Wikimedia Commons
Head west on Ave Republica past the modern Senate and Congress until you get to the city’s prime architectural landmark, the stunning Palacio de Lopez. Originally intended to serve as the president’s home and office, the building is so grandiose the decision was made to convert it into the country’s seat of government instead. Its dazzlingly white neoclassic design makes it a true city monument, best enjoyed while vividly illuminated at night.
Open In Google Maps
Río Apa, Asunción, Paraguay
+595214140000
Give us feedback 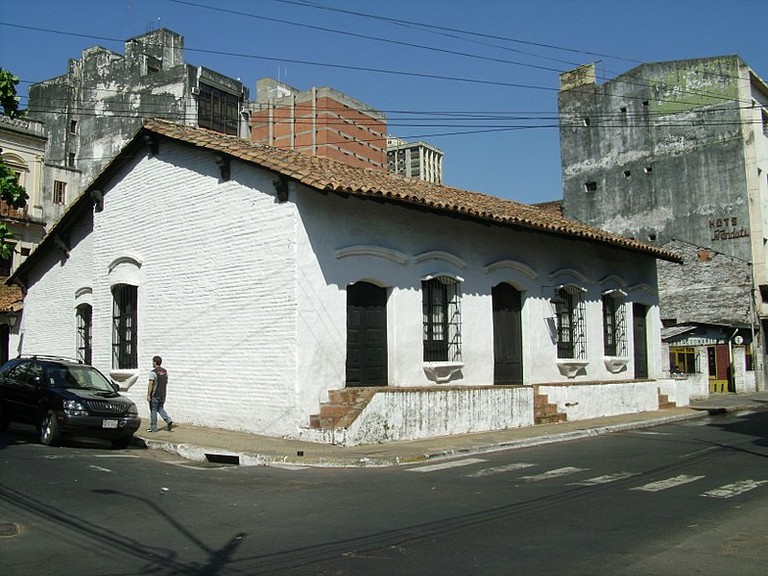 Casa de la Independencia | © Wikipedia/Fernando Boccia
This humble colonial cottage may not be an architectural masterpiece per se, but its significance to Paraguay’s history is difficult to overstate. As you might have guessed, this is the site where a tight-knit band of separatists declared independence back in 1811. These days, it serves as a history museum and houses a number of artifacts from the era.
Open In Google Maps
Presidente Franco, Asunción, Asunción, Paraguay
+59521493918
Visit Website
Give us feedback 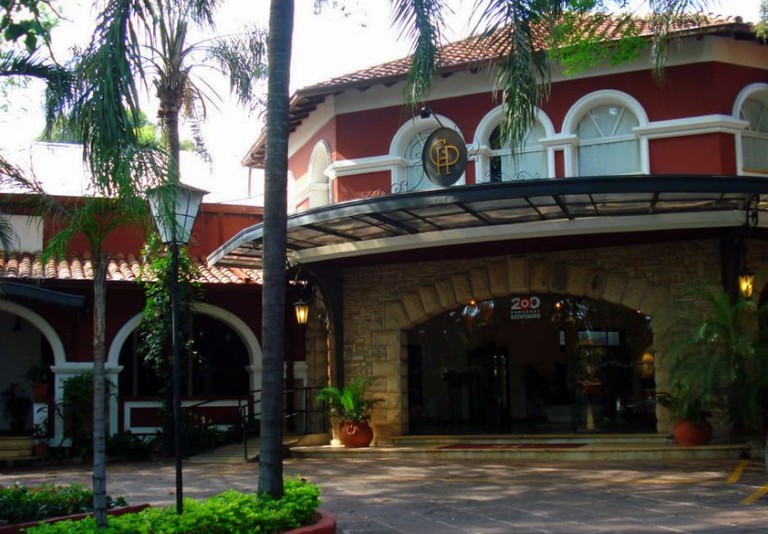 Travelers into architecture would do well to check into the Gran Hotel del Paraguay, an elegant 19th-century residence which has been converted into an upmarket hotel. The entire complex is littered with regal antiques and the very finest in old-world decor.