6 Fashion Designers from Paraguay to Follow for Style Inspiration 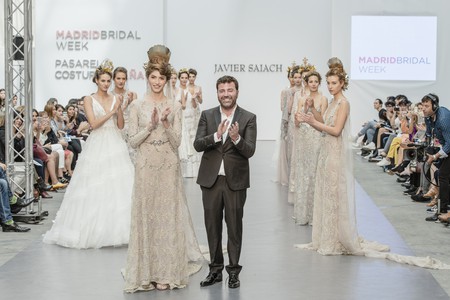 In the last decade, the fashion industry in Paraguay has exploded onto the world stage. With Fashion Weeks in Asunción and Ciudad del Este and a reputation that’s taking off internationally – not to mention hotly-tipped style bloggers – this little-known country is a hotbed for innovative, creative and sustainable design. From fairy tale gowns to fierce power dressing, here’s our pick of the best Paraguayan fashion designers to follow right now.

Mersan Atelier is Paraguay’s answer to timeless chic. Founded by Celina Mersan in 2011, this haute couture brand promises high-end quality and effortless elegance. Described by some as ’the future of fashion’, Mersan’s designs are inspired by the likes of Karl Lagerfeld and Stella McCartney. A self-confessed fan of the 1920s flapper look and heavily influenced by her mother’s career as an architect, her pieces bring together elements from history, the catwalk and classic art. She was recently recognised as one of South America’s designers to watch by Vogue Latin America.

Couture designer Carlos Burró started making waves in the fashion scene when ‘the diva’ of Argentinian TV Susana Giménez chose his designs for a photoshoot in lifestyle magazine Susana in 2014. He next appeared in Harper’s Bazaar after a successful run of shows in Buenos Aires and New York. Burró recently came under fire after posting a Facebook rant criticising the fashion sense of the older generation – though his words might not be to everyone’s taste, his gowns speak for themselves. His whimsical dresses in neutral shades are romantic and elegant, often pleated and appliquéd with lace and flowers.

Born in Asunción in the early 80s, eclectic designer Karen Daher went on to study in the ultimate cradle of fashion, Milan. At the age of just 23, she launched her first prêt-a-porter collection in her home country of Paraguay and never looked back. Daher has exhibited her extroverted, babydoll-inspired designs at all the major Paraguayan fashion events, as well as high-profile Fashion Weeks in neighbouring South American countries. The innovative young designer even created her own wedding dress, with a sweeping V-neckline and spectacular soft lace veil.

Perhaps Paraguay’s most decorated designer, Yanina Aubrey is a well-known name on the international fashion stage. She’s the director of luxury children’s clothing brand Aravore, which was named one of the UK’s best independent fashion brands by the Guardian in 2013. Kickstarting the trend towards handmade clothing in 2005, her retro floral prints and playtime-to-dinnertime style were well ahead of the curve. The vintage-inspired designs are made entirely in Paraguay, with a focus on quality craftsmanship and organic materials. Coming in at under £30, her tiny merino wool booties and polo neck rompers make perfect gifts for the new baby in the family.

Paraguay-based bridal designer extraordinaire Javier Saiach is one of South America’s most coveted names. His catwalk-worthy wedding dresses are beloved by Argentina’s rich and famous and have since made magazine spreads all over the world, from Hola and People through to Harper’s Bazaar. His inspiration seems to come from fairy tales, his gowns featuring wide skirts, romantic embroidery and Guaraní lace. A headline show at Milan Bridal Week in 2017 is one of his crowning achievements.

Emerging Paraguayan designer Ilse Jara made her debut at London Fashion Week’s International Showcase in 2014. Since then she’s gone from strength to strength with her unique, organic designs. Describing her vision as an ‘aesthetic conquest’, fusing contemporary fashion with age-old science and mathematics, the result is ultra-feminine, featuring classic cuts, sustainable materials and a touch of drama inspired by Alexander McQueen – innovative design for a changing world.