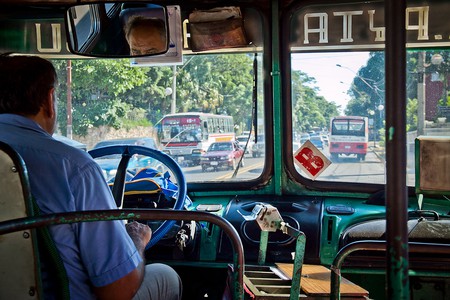 Little-known Paraguay is tucked away unassumingly in the heart of South America. For backpackers with an old-school map and an open mind, it offers untamed natural beauty, scorching summers and a fascinating colonial story just waiting to be discovered. To help you along, check out our guide to Paraguay’s must-visit attractions.

On the outskirts of Ciudad del Este lies one of Paraguay’s most spectacular natural wonders: Saltos del Monday. This thunderous series of waterfalls is an astonishing 45 metres tall and 120 metres wide. Adventurers can climb and abseil down the rocky walls, while observers keen to stay on dry land can watch the falls tumble into the depths below from wooden walkways snaking across the river. 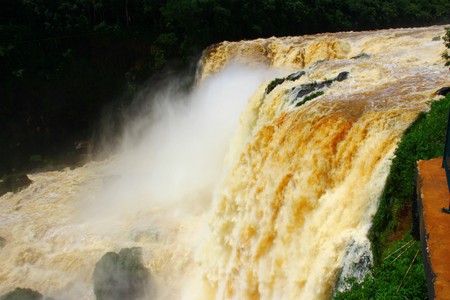 These ancient petroglyphs, carved into caves in the Amambay Hills near Villarrica, have recently been dated to between 5000 and 2500 BC. The carvings depict pawprints, fertility symbols and the constellations of our galaxy, and appear to move in flickering candlelight. Revered by the Pai Tavytera tribe, they’re considered one of the great mysteries of early Paraguayan settlement.

This immense dam on the border with Brazil is one of the largest hydroelectric dams on the planet. It’s worth the trip to admire the colossal scale of this feat of engineering. The dam has its own mini ecosystem too – head out on a fishing excursion or a bird-watching tour to see the local residents. 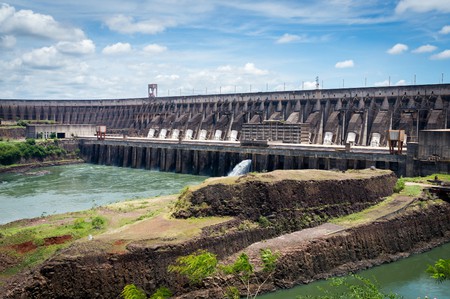 The bitter herbal tea known as tereré is Paraguay’s most beloved beverage. It was exported to Europe in the 19th century and even used as currency, exchanged for boats and building materials. Head to Bella Vista in the south of the country to take a tour of the immense plantations that pepper the countryside.

Bursting with wildlife and crisscrossed with trickling brooks and gushing waterfalls, this exotic park is the perfect escape after a few days in the capital. Visit the old iron foundry to learn about munitions production during the Triple Alliance War. After a refreshing dip in the park’s many natural pools, wander along the winding paths to spot capuchin monkeys, tropical butterflies, peccaries and coatí among the trees. 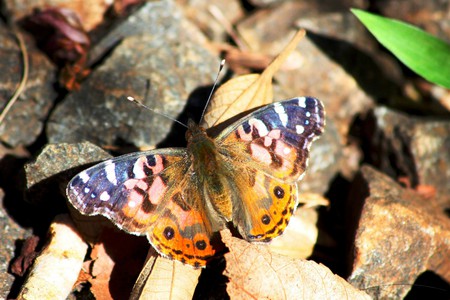 Check out Paraguay’s butterflies I | © dany13/Flickr

Across the river from Asunción’s Palacio de López lies a collection of vibrant houses dating from the 1750s, known as Manzana de la Rivera. Painted in bright colours and lovingly restored, they capture the city’s colonial spirit and the Spanish influence that’s lived on in the architecture. Casa Viola is home to Museo Memoria de la Ciudad, which reflects on the capital’s past.

Areguá is a slice of Spain on the outskirts of Asunción’s suburbs. In this charming colonial town on the edge of Lago Ypacaraí, cobbled alleyways give way to leafy plazas, lined with quaint cafés and boutiques. Watersports are the main draw on the lake, while sunseekers can catch some rays on its sandy shores. Head just outside the town to see the geometric sandstone formations of the Kôi and Chororî hills. 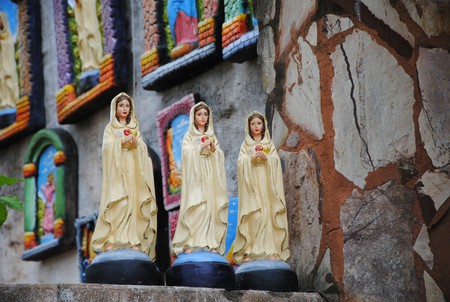 This secluded lagoon – translated as ‘Eye of the Sea’ – in the jungle north of Bella Vista is shrouded in mystery. Locals believe that two enormous white crocodiles live in its depths, swallowing anyone who tries to cross. To reach it, you have to wind your way through the verdant countryside for miles, though your efforts will be rewarded by vibrant green waters, exotic birds and the rare Yacaré morotí crocodile.

You might find yourself alone at Trinidad’s Jesuit ruins, one of the least-visited UNESCO World Heritage Sites on the planet. This once lively mission was the home of European Jesuits and the rural Guaraní people they converted to Christianity. Once a city within walls, it’s now a crumbling ruin, a haunting relic of the colonial age. Stick around after dark to see the mission light up against the night sky. 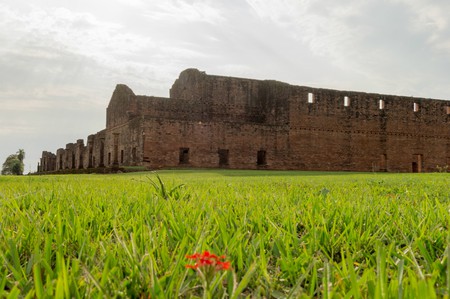 With some of the most dramatic scenery in Paraguay, Cerro Cora National Park is one of the country’s best ecotourism destinations. Surrounded by the eight mountains of the Amambay range, it was the stage for Francisco Solano López’s final battle during the Triple Alliance War. Today there are wooden trails through the forest, camping spots and plenty of opportunities to take a dip in the Río Aquidabán.

This 18th-century Franciscan masterpiece in the colonial town of Yaguarón is one of the finest examples of religious art and colonial architecture in the country. Constructed at the height of the Baroque period in the mid-18th century, it deserves its reputation as the continent’s most decorative and beautiful church. It still has its original belltower and gold-leaf ceiling. 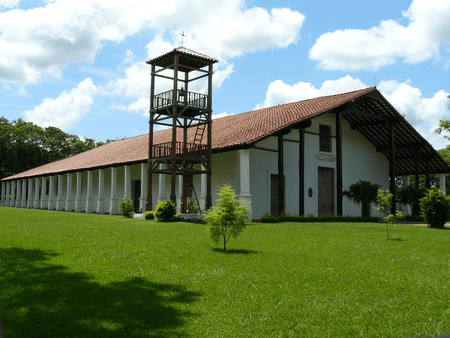 The Chaco War gripped Paraguay and Bolivia for three dark years in the early 1930s. The conflict’s most bitter and decisive battle was fought at Fortín Boquerón in the Gran Chaco – a stronghold in the wilderness. Here you’ll find a monument built from the trenches, the graves of the fallen and a museum detailing their sacrifice.

Looking for some sand and surf? The closest thing to the seaside in Paraguay is at San Cosme y Damián – a tiny town on the banks of the epic Río Paraná. The undulating sand dunes here could be plucked straight from Lawrence of Arabia’s Nafud Desert. 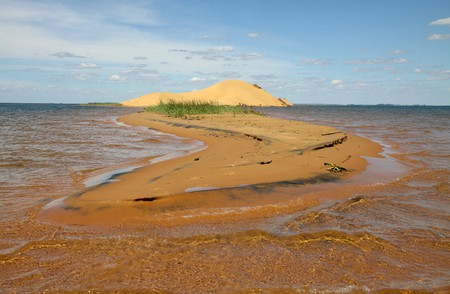 This spectacular cathedral in Caacupé, east of Asunción, is one of the most significant religious buildings in Paraguay. Built in 1765 by the Franciscans on Guaraní lands, it served as a hospital during the Great War and stills stands as a place of pilgrimage for Catholics across the continent. Pope Francis even paid a visit in 2015.

Paraguay’s Pantanal, which stretches into Bolivia and Brazil, is the largest wetland on the planet. Here you’ll find swamp-loving creatures like caimans, boa constrictors, capybaras and otters. If you’re looking to stick around, there’s accommodation at Tres Gigantes biological station. Though under threat from development and deforestation, the wetlands are fiercely protected by the locals. 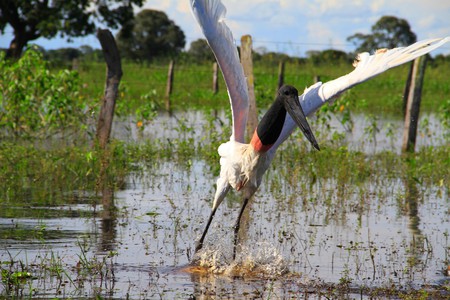 This Mennonite town close to Villarrica is the perfect springboard to the Cordillera del Yvytyruzú – a beautiful park free of tourists, trails and entry fees. Hike up Cerro Akatî or Cerro de la Cruz for incredible views across the valley, or get your adrenaline pumping by abseiling over the waterfalls of Salto de la Cantera. In November, stick around for Choppfest, the best beer festival in the country.

Folk music and tribal art are the order of the day at this small city in central Paraguay. Pick up some delicate ñandutí – 17th century lace weaving that resembles colourful spider’s webs – from the shops and craft workshops that line the streets. Every year in March a festival is held in honour of this centuries-old art form. 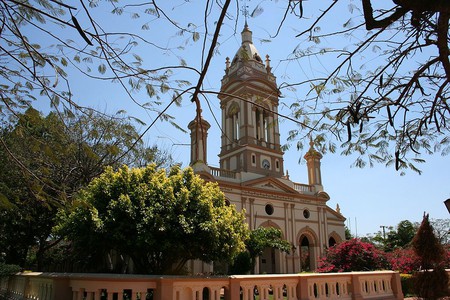