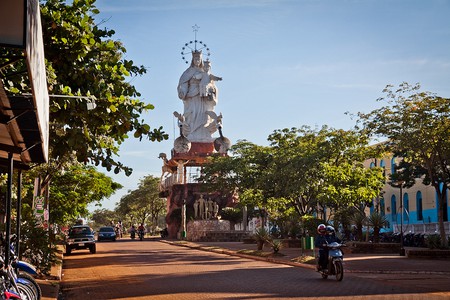 Paraguay might not have the draw of tropical Brazil or multiethnic Bolivia, but this landlocked country has a culture that is breathtaking in its own way. From the Mennonite settlements of the Chaco to the tax-free shopping havens on the southern border to unexpected culinary delights, Paraguay is full of surprises. Here are the top 12 reasons why you should visit Paraguay on your next trip.

Paraguay’s natural beauty encompasses everything from desolate wilderness to crashing waterfalls. If you’re keen to take in the country’s Atlantic forests before they’re destroyed by deforestation, head to Reserva Cordillera San Rafael in the southeastern corner of the country. This 73,000 hectare park is one of Earth’s most ecologically significant habitats. Here you’ll spot capybara, speckled rail, and pampas foxes among the trees.

If big mammals are your thing, travel north to Parque Nacional Defensores del Chaco. With luck and patience, you might just see puma, jaguar and tapir prowling on the plains. This sprawling wilderness is the least populated part of Paraguay, so camping in the wild is possible in protected areas. 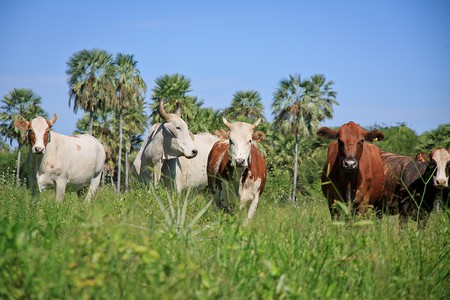 Paraguayan food is simple, hearty, tasty, and almost always made from two abundant staples: mandioca (or cassava) and corn. From food trucks to high-end restaurants, there are variations of the nation’s favourite dishes on menus: chipá (cornbread rolls), borí borí (chicken soup) and kivevé (a sweet dish made from creamed pumpkin). Sopa Paraguaya (translation: Paraguayan soup), served alongside grilled meats, is different than its name suggests. It actually resembles cornbread and contains salty cheese, eggs, and milk wrapped in banana leaves and baked in a wood-fired oven. For an afternoon snack mid-sightseeing, pick up a couple of piping hot empanadas from a street vendor. This ultimate street food is Latin America’s answer to the Cornish pasty: miniature pastry parcels stuffed with sweet or savoury fillings. They’re best washed down with an ice-cold local lager. 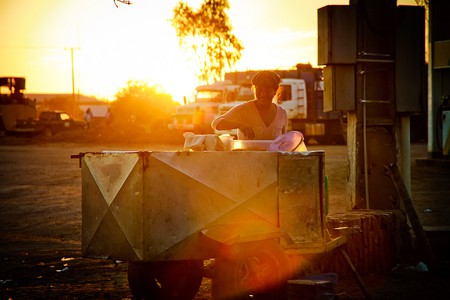 When it comes to beverages, no trip to Paraguay is complete without trying tereré, the nation’s favourite drink. This bitter herbal tea known as yerba mate is cold-brewed and served in a guampa mug with a silver straw called a bombilla. Sharing in this daily ritual is a sign of being accepted as an honorary local.

Though not likely considered one of the world’s top shopping destinations, Paraguay has some incredible bargains to offer if you know where to look. Ciudad del Este, just across the border from Brazil, is Paraguay’s tax-free shopping haven. Despite being a little seedy, it’s the best place to go for cut-price electronics, perfume, and designer label items.

For authentic souvenirs in Asunción, as well as everything else under the sun, look no further than the famous Mercado Cuatro. At this bustling bazaar, you’ll find fresh produce and ripped DVDs alongside colourful birds and spices from all over the world. Be prepared to haggle for handmade lace and leather handbags. 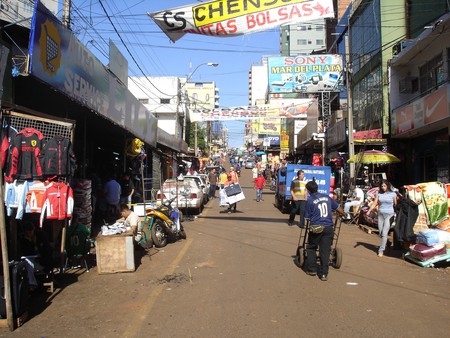 An oasis of calm outside of capital city Asunción, Parque Nacional Ybycuí is the place to go for a bracing hike, followed by a cooling dip. In addition to a dilapidated munitions factory, the park is home to two waterfalls, a deep well called Pozo Tatacua, and several natural swimming pools.

If heading into the Chaco, be sure to make a pit stop at Cooperativa Mennonita in Filadelfia–perhaps Paraguay’s most unusual town. It’s home to Paraguay’s Mennonite community, which came over from eastern Europe in the early 20th century. There are plenty of ice cream parlours and manicured lawns to explore, as well as a museum packed with stuffed animals from all over the desert. The fascinating and unmissable Cooperativa Mennonita is a sprawling supermarket in dairy country. For locals, it takes favours in lieu of real money.

For a glimpse back in time at Paraguay’s turbulent history, start with a trip to see the itá letra petroglyphs in the Amambay Hills near Villarrica. These ancient writings—representing constellations, animals and female figures—are thought to have been inscribed into the rocks by native Paraguayan tribes between 5000 and 2500 B.C. They’re considered the gateway to the Ybytyruzú mountain range and are held sacred by the local Pai Tavytera people.

Leap to Paraguay’s more recent history at the UNESCO Jesuit ruins of La Santísima Trinidad de Paraná and Jesús de Tavarangue. After the Spanish invaded in the 17th century, they established Jesuit missions to ‘civilise’ the indigenous people, building whole towns within their red stone walls. These two communities are only 12km apart and once housed schoolhouses, chapels, and markets. The ruins of the temple’s altar and the central square are still present at Trinidad.

Nearby, in the town of Yaguarón, is another important religious site: Iglesia de San Buenaventura. This 17th century Franciscan chapel is one of the finest examples of Baroque architecture in South America, carved from lapacho wood and leafed in gold. Don’t miss the exquisitely decorated pulpit at the far end of the nave. 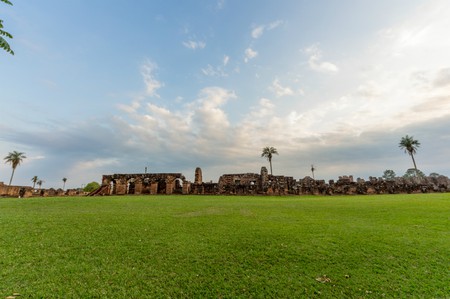 If you’re an adrenaline junkie, stick around for the Trans-Chaco Rally, held across October and November in the north of the country. This three-day motorsports event is considered one of the toughest competitions in the industry and it easily draws thousands of spectators. Booking accommodation well ahead is recommended.

As in much of South America, Paraguay’s festivals are a vital part of its national identity. Every spring, before Lent, a version of carnaval explodes onto the streets in Encarnación, which is affectionately known as ‘the Pearl of the South.’ It takes place across several weekends in February—a celebration of glitz, glamour, and rhythmic beats led by women bedecked in feathers and sparkling costumes. Towards the end of August, visitors may stumble upon Paraguay’s Bolivian Urkupiña Festival, which is a slightly more humble affair. Championed by the country’s Bolivian immigrants, this upbeat fiesta celebrates the Virgin Mary of Urkupiña with folk dancing and music in traditional costume. 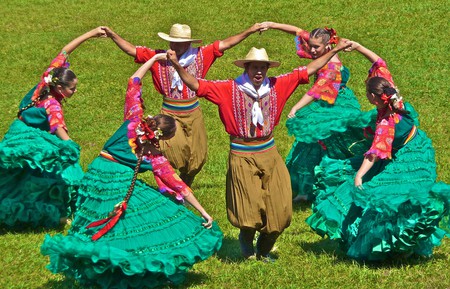