The ageing generation of Guyanese who migrated to Britain in the 1970s have clung to their cultural roots and shared experiences. However, as Theron Mohamed has found, many fear that young British Guyanese lack ties to their homeland, and their neglect of Guyana may hamper its future development. 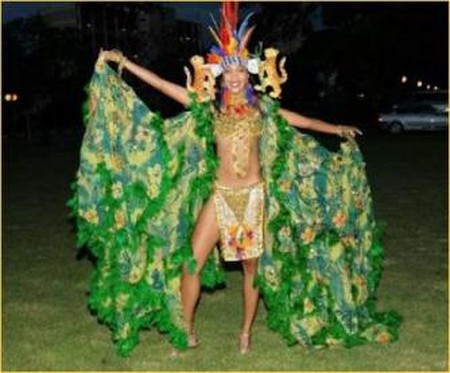 Guyana, a little-known country on the north coast of South America, was governed by the British between 1814 and 1966. Although its citizens have been independent for close to half a century, their colonial past has had powerful influences on their culture and traditions. A strong sense of English heritage lingers in the nation: Guyanese children sing Jerusalem, study Keats’ poetry and are taught maypole dancing. The majority of Guyanese are Christian or Catholic, celebrate the Queen’s birthday, and host 4 o’clock tea parties, although the tropical temperatures mean ‘tea’ usually consists of lemonade and buns. The shared legacy of British rule has made an idea of ‘Englishness’ a ubiquitous aspect of Guyanese’ identities and lifestyles.

In addition to shaping the practices of those living in Guyana, colonial ties to England have also encouraged the emigration of Guyanese since the 1950s. As members of the Commonwealth, traveling to Britain was relatively easy. More than 70,000 citizens now reside in the UK, and a vibrant Guyanese community exists in London, particularly in Croydon and Brixton. There are 60 Guyanese Hometown Associations in London alone, which work to improve relationships between overseas Guyanese, and host regular events where they can gather to eat, drink, dance and socialize with friends from home.The Guyanese Federation of Nationals is the umbrella body for these organizations. Its chairman Faiyaz Mohammed says: ‘Every Guyanese I meet is supportive and strongly Guyanese; they share a common heritage of dances, food and sport.’

Guyanese in London are united by their culture of tolerance, respect, positivity and tenacity. It is borne of a reliance on one another to survive Guyana’s challenging environment. Insects, diseases, power cuts and no access to running water were common experiences for those who grew up in Guyana. Ramesh Charan, a priest working in Holloway, argues that being Guyanese is “being able to survive Guyana and all the challenges it throws at you”. Similarly, vicar Kirk Thomas, who moved from Guyana to London in 2008, says: “Guyanese are a resilient, humble people, who take lots of punishment and still smile and go about their business.” 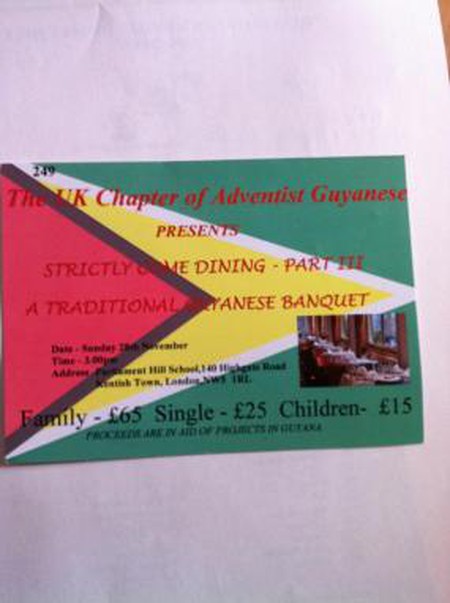 The Guyanese culture also embodies kindness, generosity and support of one another in difficult times. Guyanese tend to be compassionate; it’s usual to insist on cooking and cleaning for neighbors who have suffered tragedies, such as the death of a family member. Their expression ‘hand wash hand, make hand clean’, meaning that people can’t do without each other, does a good job of describing their supportive, interdependent community. Ramesh shared a poignant anecdote: ‘Even though I left 30 years ago, people know when I’m back in Guyana. The phone won’t stop ringing, and the people are warm, welcoming, generous, and even the poorest will find something to give to you; at the end of a day I have a car boot full of coconuts and vegetables.’

Their origin is a source of pride and identity for London’s Guyanese. Gwen Adams, a psychiatric nurse, describes it as ‘the foundation of your identity and who you are. It influences your diet, lifestyle, friends, and religion’. She listens to the song Guyana Baboo by Terry Gajraj to remind her of home. Guyana-born Brian Haley, a Liberal Democrat who ran to be his party’s candidate for the Mayor of London election in 2012, is equally proud of his origins. He describes witnessing the moment when the British flag was lowered and the Guyanese flag raised as ‘a wonderful experience that filled me with pride’.

Many of the Guyanese in London continue to see Guyana as their home. A large number are members of hometown associations and attend their events, retain their distinctive rhythmical accent, and socialize with Guyanese friends. Their heritage also plays a large role in their family lives. Betty Why, a retired nurse, told me: ‘My grandchildren get excited when they see the Guyanese flag. As children my two daughters used to draw the national flag, and I raised them to know the president, the rivers and the counties.’ 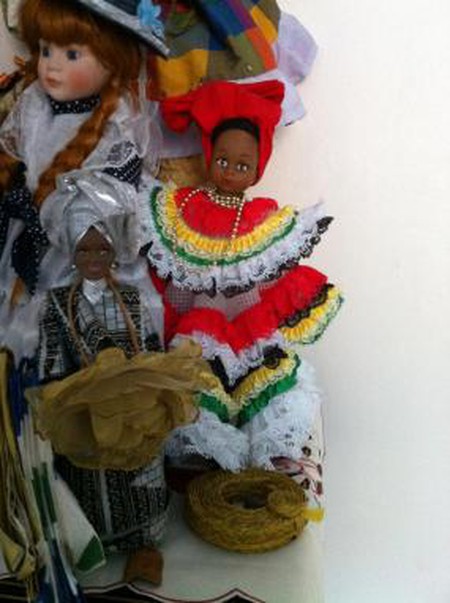 Guyanese culture and identity are alive and well in London. However, the community may face problems in the future: many fear that the younger generation of Guyanese is less interested in their heritage. They perceive Guyana as a holiday destination rather than a home, and have no real connection to it. Ramesh said: ‘There is an absence of news or connection to Guyana, we have no real perspective on events over there. Young Guyanese are indifferent, with no enthusiasm, they are self-interested.’

Dr. Christopher Johnson, a Guyana-born Cambridge University graduate, blames Guyanese parents for not explaining their culture to their children. He said: ‘I think it’s about sharing experiences, not telling them ‘this is what we used to do when we were growing up’. It’s about how we communicate with children, and how we can make them feel comfortable with the information we’re giving them, and a lot of adults don’t understand how to deal with their children when it comes to that issue.’

Ceara Roopchand, a Guyanese student in London, disagrees. She believes the younger generation is more proactive and passionate about Guyana’s development, whereas the elderly accept the way things are and do little to improve the situation. She said: ‘My grandma turned her back on Guyana and didn’t teach my mother Guyanese culture. My mum had to pick it up from her friends and family, and she raised me to be Guyanese. Now I am determined to help my country develop.’

Passionate and tenacious, many of London’s Guyanese continue to embrace their national identity and culture, and support their native country. However, they are faced with the challenge of how to in instil their love for Guyana in to the younger generation of Guyanese, many of whom lack a connection to their homeland. Failure to do so risks these powerful ties fading and even disappearing in the future, and Guyana will suffer if its citizens abroad turn their backs on it.Without their support, poverty could rise and development could stagnate, a deeply concerning fate for a nation that so many hold so dear.