Why Isla Santay National Recreation Area Is a Birdwatcher's Haven 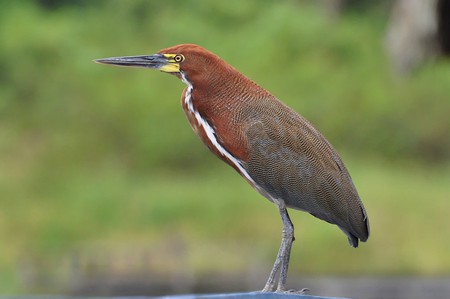 The Isla Santay National Recreation Area in Ecuador protects a wild island habitat a stone’s throw away from the large port city of Guayaquil. With 128 species of birds, including many neo-tropical varieties that breed in North America and migrate south of the Tropic of Cancer, the island is a bird watcher’s treasure trove. Here’s everything you need to know.

Most visitors access the island via two pedestrian bridges, connected by raised pathways across the island. Bridge entrances open at 6am and close at 9pm – however, be aware that visitors are not allowed entrance past 5pm. Note also that the bridge in Guayaquil includes a bike rental facility with 100 bicycles available. 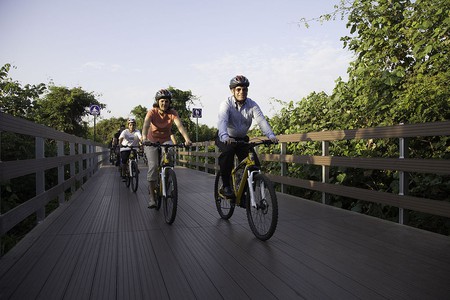 On the mainland, a boat taxi can be arranged through the Yacht Club at Malecon 2000. However, most visitors arrive on foot to the island and purchase a trip back to the mainland from the local community on Isla Santay, with the boat returning to the docks at Guayaquil’s Mercado Caraguay.

If you are an avid birdwatcher, visit mid-week and head out early in the morning. Weekends and holidays are very popular times to visit and the trails can be very crowded, especially after 10am. Lunch can be purchased in the small village located at the Tourist Information Center on the far end of the island.

Trails that lead away from the small eco-village will be less crowded, no matter the time of day. These trails will have no access to food or water so plan accordingly.

Alternatively, there are a few small, rustic cabins available for overnight stays. 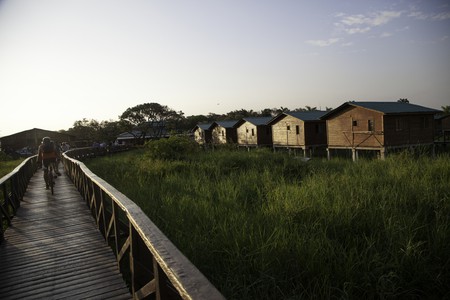 The diverse habitats of Isla Santay

With over five species of mangroves, Isla Santay is a haven for these endangered trees which are cut down to make way for shrimp farms along the Ecuadorian Pacific Coast. On Isla Santay, mangroves harbor bird species such as the Ecuadorian red-lored parrot, the Pacific parrotlet, the yellow-tailed oriole, two species of kingfishers, three species of tanagers, and more. 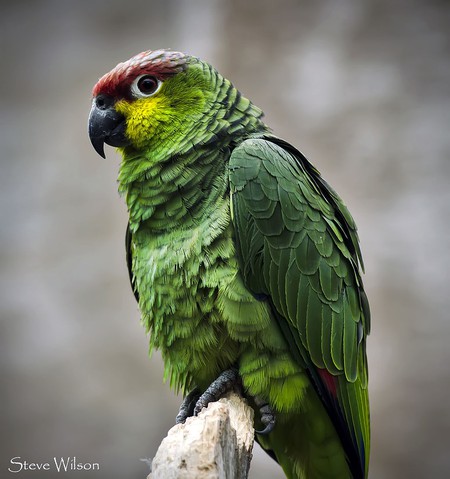 The island is large enough that the interior is part forest and part grassland. The meeting of these two habitats is perfect for many species of birds like the groove-billed ani, the Ecuadorian and the violaceous trogons, an amazing eight species of ground doves, and 19 species of flycatchers, including the darling vermillion flycatcher. 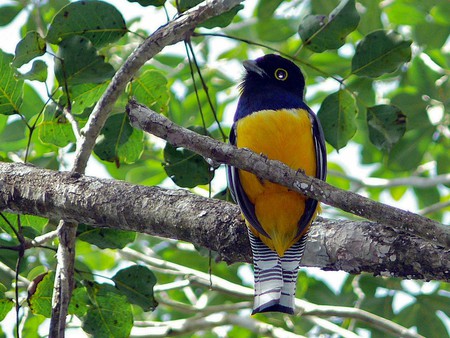 Different spots along the trail provide access to waterways that cut into the island. These marshy wetlands of Isla Santay are where the vast majority of birds are to be found. Highlight species include the gorgeous rufescent tiger heron, the roseate spoonbill, the Peruvian booby, the mangrove rail, the purple gallinule, and the wattled jacana. However, many other water and shore birds, including several species of gulls, ducks, egrets, ibis, feed in these rich, muddy waters.