The Top Hiking Trails in and Around Quito, Ecuador 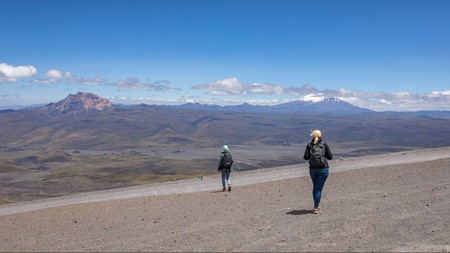 Hiking Cotopaxi volcano is a priority for many adventure travelers in Ecuador | © Curioso.Photography / Alamy

Quito has become a hotspot for avid trekkers and hikers. Some come to tackle Chimborazo, whose summit is the highest point on earth. Others come for easier treks around the mountains and volcanoes surrounding the city. Whatever your level of hiking experience, there’s something for you in this rundown of the top trekking trails in or near the capital of Ecuador.

Take your Quito exploration to the next level by joining our expertly curated, eight-day Ecuador trip. Led by our Local Insider, you’ll embark on a walking tour and cooking class in the capital, before venturing further afield to go white-water rafting, horseback riding and more.

Measured from the center of the planet, rather than sea level, Chimborazo – at 6,263m (20,549ft) tall – is the highest point on earth. Multiple trails lead to the summit of this peak in the southern Riobamba province, but you should be very well prepared for the challenge – it’s not for beginners. 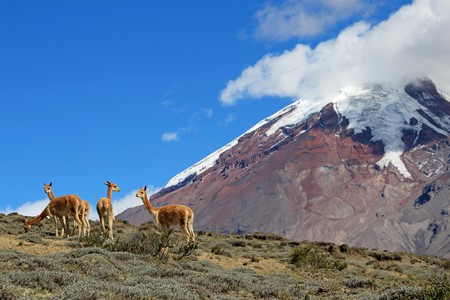 At 5,897m (19,347ft), Cotopaxi is the tallest active volcano in the world. It is extremely popular with adventurous types; on any given weekend, there might be up to 100 people in Cotopaxi National Park attempting to summit the volcano. There are many different trails available with everything from moderate day hikes to multi-day treks to the top.

If you’re new to Quito (or want a relatively easy hike), venture to Parque Metropolitano, which occupies 600ha (1,482 acres) in the northern Batan Alto neighborhood. Marked trails here include a 6mi (10km) route with side trails should you wish to be a little adventurous. From the park, you can see the volcanoes Cotopaxi, Cotacachi, Cayambe, and Antisana.

The Quilotoa Loop generally refers to a 124mi (200km) trek between the Sigchos and Quilotoa villages, the latter of which is approximately 90 minutes south of Latacunga in the Cotopaxi Province and two hours south of Quito. Many hikers, however, just do a day hike to see the breathtaking Quilotoa lake, which sits within an expansive caldera. 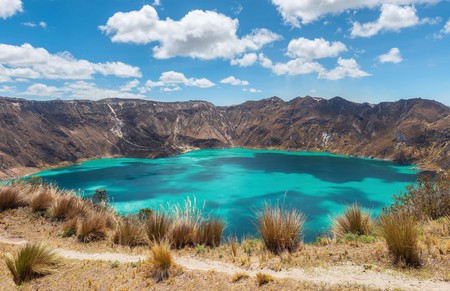 The TelefériQo is a cable car that whizzes 4,100m (13,451ft) up the Pichincha volcano in around 10 minutes. Disembark at the top and you can either enjoy the views or start the trek to the summit. The route isn’t technical, but changeable weather and a high altitude mean you might feel more comfortable traveling with a guide. You can also camp here, but you’ll need to inform staff at the ticket office and at the arrival station.

This crater of the extinct Pululahua volcano is regarded as the largest in South America – 4km (2.5mi) wide and 300m (984ft) deep. The fertile surface inside the crater itself is 2.4km (1.5mi) wide and is now used to grow crops. Take the bus to the equatorial monument, Mitad del Mundo, and another bus to the Reserva Geobotánica Pululahua.

The breathtakingly beautiful crater lake with a little island in the middle is not only worth visiting itself but also provides the opportunity to enjoy some bird- and butterfly-watching along the way. The entrance is nearly an hour outside the city Otavalo, two hours north of Quito. The hike takes about four hours, so take enough sunblock, water and snacks. 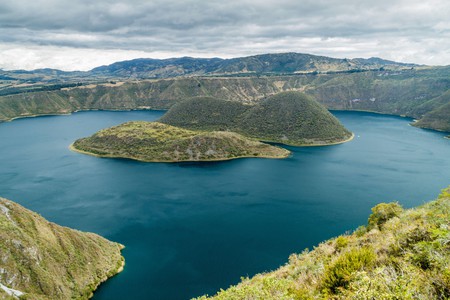