10 Things To Do And See In Quito, Ecuador

Built upon the foundations of an ancient Incan city, Quito, Ecuador’s capital stands at over 9’000 feet above sea level, and is one of the highest capital cities in the world. If that doesn’t make you giddy, check out our top 10 things to do whilst enjoying this unique and fascinating city. 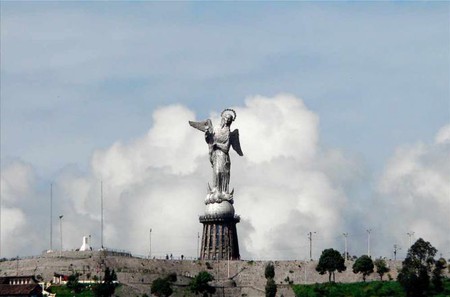 Visit the Virgin of El Panecillo

Guarding the historic streets of Quito’s Old Town, The Virgin of El Panecillo is one of Quito’s most recognizable landmarks. Legend holds that the large statue faces the north and blesses those living there, while her back is turned to the south, explaining the wealth disparity between the two parts of the city. The road to the statue winds around the hill of El Panecillo, which appropriately translates to ‘little bread roll’. Visitors can ascend The Virgin statue for an even better view of the city below. 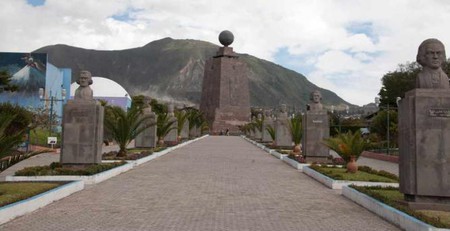 Just a short drive north of Quito sits the equator line, for which Ecuador receives its name. Marked by a massive monument where French explorers initially calculated the equator to be, Mitad del Mundo (middle of the world) provides a great opportunity to be in two places at once. The monument is surrounded by an area known as the city of de Mitad del Mundo, a veritable microcosm of Ecuadorian culture comprised of shops, restaurants and even small museums. Offering artisan goods such as alpaca blankets, exotic Ecuadorian food—including guinea pig—, and traditional dance performances, you really do feel at the center of everything. 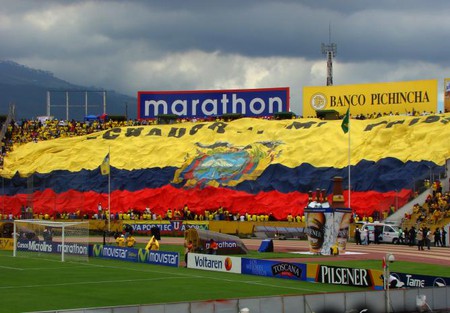 To experience pure excitement in Quito is to watch a soccer game at the Atahualpa Stadium. Ecuadorians from near and far will travel to see their team play, and to say it can be intense might be an understatement. On each side of the stadium fans will chant team songs while standing and waving banners, not stopping for the entirety of the game. When either team scores pandemonium ensues, so be careful not to spill your drink. 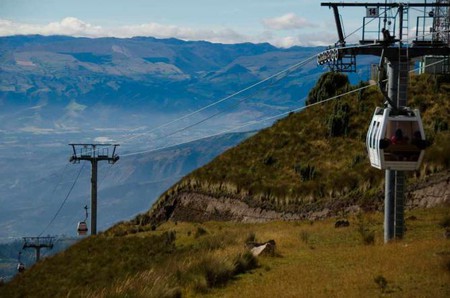 Far above the city looms the dormant volcano Pichincha. The view from the top on a clear day is perhaps the top sight to see in Quito, and the Teleférico tram or sky rail is the best way to get there. Open from 9 a.m. to 8 p.m. the rail ascends from Vulqano Park, a small amusement park on the side of the mountain, to a lookout area with spectacular views, plus horseback riding and a restaurant. For those who want to climb to the Rucu peak of Pichincha, at 4,696 meters, there are hiking trails that lead from the top of Teleférico. Just make sure it’s a clear day.

At the center of Quito’s Old Town, this plaza is a constant hub of activity, often serving as a site for political activism or public opinion, but also buzzing with tourists from around the world. In the center stands a large monument installed in the late 19th century in commemoration of Ecuador’s independence. The plaza is also the site of the assignation of Ecuadorian president Gabriel Garcia Moreno in 1875. Ecuador’s Presidential Palace overlooks the plaza and around the exterior are a variety of restaurants as well as the extravagant Hotel Plaza Grande. 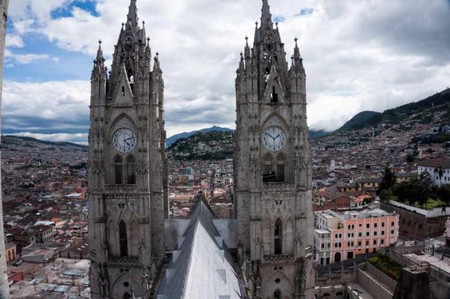 Also found in Old Town, the Basilica of the National Vow is another exceptional Quito landmark. Visitors can climb its two large towers up to the clock faces and explore the architectural beauty. Replicas of animals found in the Galapagos Islands serve as gargoyles and the colorful stained glass is not to be missed. Curiously, the building will seem incomplete in places, but it’s with good reason: as the story goes, upon the Basilica’s completion the world will come to an end. Fortunately, Ecuadorians are in no rush to see if the myth is true. 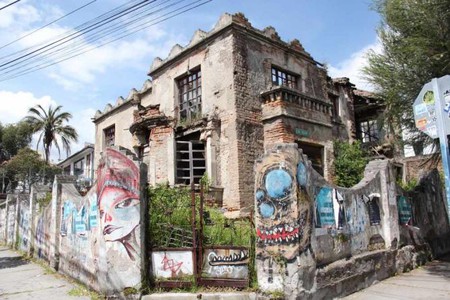 This up-and-coming neighborhood is far from the typical tourist spot, but a great place to explore. The hipster vibe over the area explains the abundant coffee shops, galleries, graffiti and even an artisanal brewery. La Floresta is also home to Ocho y Medio, an indie movie theater and café that sits across from a spooky abandoned house. Both the streets Isabel La Catolica and Avenida 12 de Octubre are lined with restaurants that range from Sushi shops to gastropubs to typical Ecuadorian restaurants. As for music, this is the spot: El Pobre Diablo offers live jazz and House of Rock is a venue with events sometimes several nights a week. 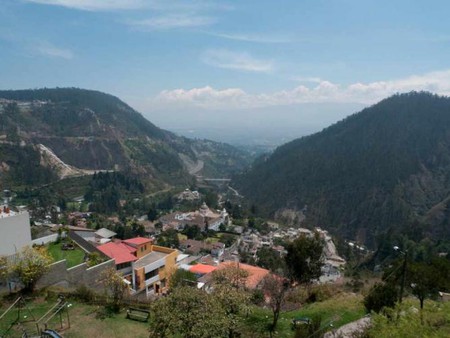 Tucked away from the hustle of Quito’s main valley, Guapulo feels like an escape. A region known for its winding roads and bohemian flare, just a trip to the overlook is impressive. But continue down the steep cobblestone path, and you’ll see its hidden jewels and perplexing feats of architecture. On the way to the Church of Guapulo at the base of the hill sits, for example, Pizzeria Ananke, which appears inside almost like an art gallery, and provides a perfect vantage point to see the valley lit up at night while enjoying delcicious food. The ornate Church of Guapulo, or Sanctuary to the Virgin of Guapulo, is open to visitors on set hours Monday through Saturday. 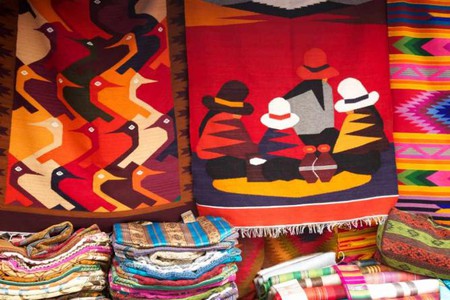 Stay in Plaza Foch and visit the Artisan Market

For those seeking the nightlife of Quito, Plaza Foch is the place. Surrounded by dozens of hostels and eateries, Foch caters to travelers in search of a lively stay. With clubs, hookah bars, and pubs open until two or three in the morning, the party usually doesn’t die town until late. Visit during day time hours for the Artisan Market, full of traditional goods and Ecuadorian art and just a few blocks down from Plaza Foch. 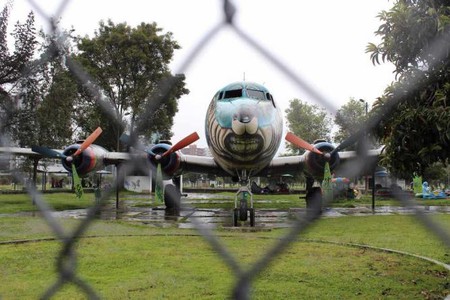 Often compared to New York’s Central Park, Quito’s Carolina Park exemplifies the spirit of the city. During the weekend it is a hub of activity where hundreds of families will gather to enjoy a rest from work. Popular park activities include Ecuavoli (volleyball with three people per team and specific rules), paddle boating and, of course, lots of soccer. Full of surprises the park holds an exotic botanical garden, a reptile house, a skate park, a large airplane-turned-playground, a planetarium and a small museum.