Top 10 Things to Do and See in Cuenca, Ecuador

With extravagant churches, four beautiful rivers, and both Spanish and indigenous influences, Cuenca, located in the southern part of Ecuador, is the bustling capital of the Azuay province. With all it has to offer, it’s no surprise that UNESCO declared Cuenca a World Heritage Site. Now a popular retirement destination for expats, here are just a few of the exciting things to see and do in the city. 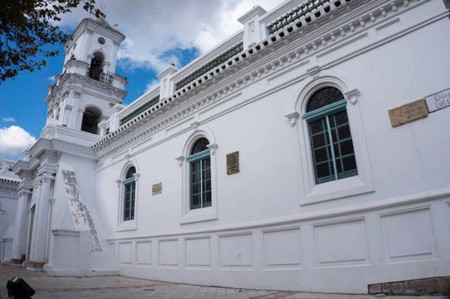 The Iglesia del Sagrario, known as the “Old Cathedral”, built in 1557 is one of the most historical buildings in Ecuador. Used by the French in the 18th century in their geodesic mission to measure the circumference of the earth and, in part, find the equator, this beautiful cathedral has now been converted into a museum of religious artifacts. With its ancient organ and detailed architecture, visitors and new residents of Cuenca cannot miss this Ecuadorian gem. 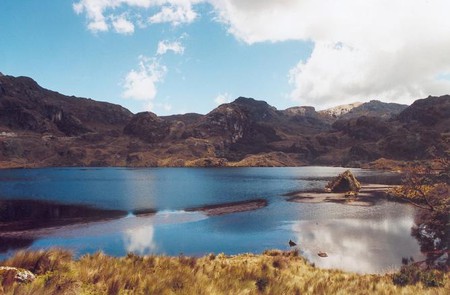 Less than an hour from the city, Cajas National Park offers a beautiful encounter with nature. An ecological reserve with mountains, lakes and animals, Cajas makes a great hiking spot. Pick your trail and spend the day enjoying the wonder of Ecuador’s natural beauty.

Cathedral of the Immaculate Conception

Known as the Catedral Nueva (New Cathedral), the Cathedral of the Immaculate Conception embodies the grandeur of Cuenca. Work began on this massive cathedral in 1885, and continued for a century afterwards, with attention paid to each detail. Most striking about the building are its three blue domes, visible from the surrounding mountains. As one of the largest cathedrals in Latin America, the church is still in use today and is located on the central park of Cuenca.

While you would assume that so-called “Panama Hats” would be made in Panama, go to Cuenca and you’ll see it’s a bit of a misnomer. The Homero Ortega P. & Hijos (Homero Otrega and Sons aka the Panama Hat Factory), with museum (called “Magia del Sombrero” or “Magic of the Hat” Museum) and tour, produces many of the famous hats which are made mainly by the indigenous people of Cuenca and are a large part of the culture. Why not buy a hat at the end of the tour?

For the chance to glimpse the beauty of Cuenca in its entirety, why not get a bird’s-eye view? At the southern edge of the city, the Overlook of Turi affords just that. Although reachable by taxi or bus, the overlook can also be accessed via a staircase that rises from the bottom of the hill for over 400 steps. At the top is the Church of Turi and a spot to buy souvenirs. But of course, the main reason to go there is to soak up the incredible view of the city.

Both the park, with its ancient Incan ruins, and the museum demonstrate how history builds on top of itself. This archaeological site began as an Incan construction before the Spaniards arrived, yet as the Ethnographic Museum shows, changed upon colonization. Perhaps best evidenced by the mixed fashion style the indigenous people came to adopt, Ecuador, as with many Latin American countries, will remain the offspring of two cultures. The Ethnographic Museum demonstrates this evolution, ensuring that the cultural history of the people will be preserved.

Museum of CIDAP and Museum of Modern Art

Like the Ethnographic Museum, these museums also serve as monuments to Ecuador’s heritage. Run by the Inter-American Center of Artisans, which also puts on various events throughout the year, the Museum of CIDAP (Inter-American Center of Popular Arts) has celebrated the art of Ecuador for 40 years. With pottery, woodwork, musical instruments, textiles and folk art, this museum has a fun mix of it all. The Center promotes culture, expression and the preservation of the knowledge of artisanry. Similarly, the Museum of Modern Art exhibits the new movements of art in Ecuador, a continuation of the arts of the past. 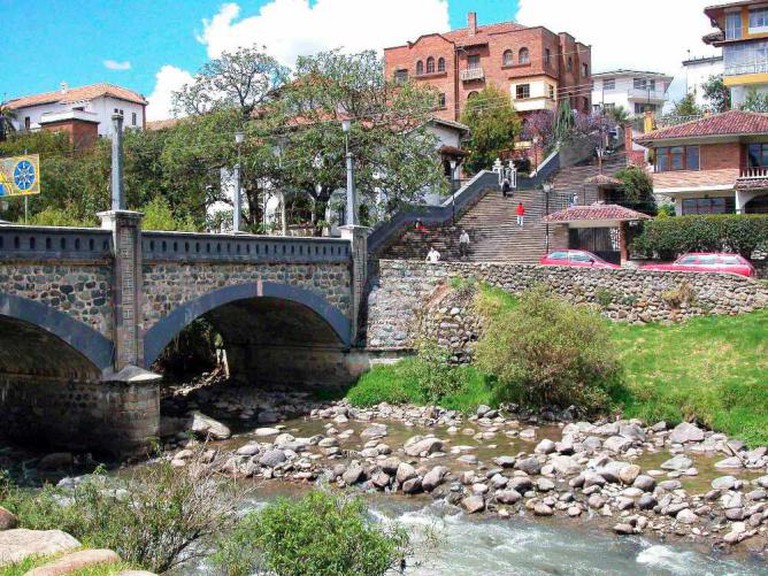 Tomebamba River | © amalavida.tv/Flickr
Constructed in the early part of the 20th century, the Remigio Crespo Toral Museum is located on the Calle Larga and features a mix of colonial pieces of art. Named after and originally the home of Cuencan poet Remigio Crespo Toral, the museum focuses on the history of Ecuador, specifically Cuenca. Open every day the museum houses religious art and ceramics, as well as Toral’s coin collection.
Open In Google Maps
1159 Calle Larga, San Blas Cuenca, Azuay, Ecuador
Visit Website
Give us feedback

With an abundance of restaurants, museums, cafes, bars and clubs, this blossoming area makes for a lively evening in Cuenca, or just a fun day exploring the streets. Running one block from the Río Tomebamba, one of Cuencas four rivers, La Calle Larga is a also short walk from the city sites, including the New Cathedral, making this area a perfect place to stay while in Cuenca. And the scenic river is a great place to walk or relax for a while, as many Ecuadorians do. 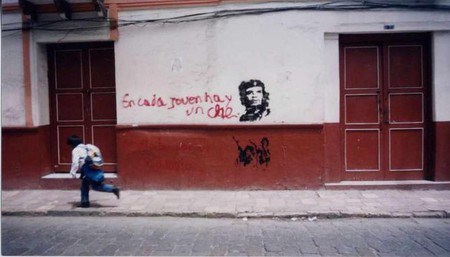 Restaurant, European, Steakhouse, Argentina, South American, $$$
Facebook
Email
Twitter
Pinterest
Copy link
Share
Map View
You don’t have to be a socialist to know that Ernesto “Che” Guevara was a monumental figure in the history of Latin America. Some residents of Cuenca considered him so important, they have an entire restaurant devoted to him. With countless images of the revolutionary and his comrades lining the walls, commemorating his life and dedication to the people, you won’t find this open-air barbecue spot in a typical tour of Cuenca. Ask the beret-wearing employees of this establishment what they think of Che and you might get a free history lesson.
Open In Google Maps
Sucre Cuenca, Azuay, 10203, Ecuador
+5935932810671
Give us feedback
Give us feedback