The Story Behind the Oldest Church in Ecuador 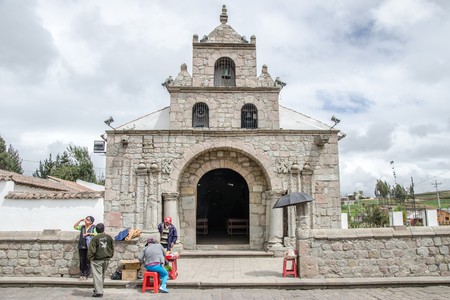 When Spanish conquistadors arrived in Ecuador in the 1530s, they established its capital city in a high mountain valley near the Chimborazo volcano, not far from the modern-day city of Riobamba. Because the extreme altitude and tough weather conditions made life difficult, the Spaniards moved the capital to its present-day location in Quito just four months later, but not before colonists and native Ecuadorians had laid the foundation for the Iglesia de Balbanera. 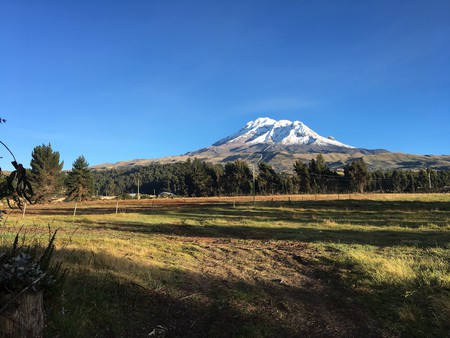 The conquistador Diego de Almargo and his force of 700 Spanish soldiers credit the Virgen María Natividad de La Balbanera from Rioja, Spain, for turning away more than 1,000 Incan warriors from their smaller invading force. Because she answered their prayers, they broke ground on a new church to honour her, not far from the high mountain lake in Colta, Ecuador.

This simple church is built in the baroque style, but locals used their own techniques to construct the walls from volcanic rubble and thick adobe. Even the carved stones in the facade reflect the daily life of native Ecuadorians, with replicas of pottery jars used to make chicha, a fermented drink made of corn, and angels holding shigras, handwoven textile bags that are still used in the region today. 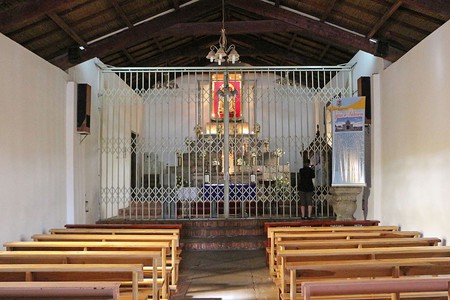 For travelers visiting the Chimborazo province, tours to the Iglesía de Balbanera are easily arranged in Riobamba. Alternatively, the Tren de Hielo, which runs on Saturday and Sunday, stops at the train station across the street, as does the Tren de Quinua, which runs on some weekdays. The best times to visit are on weekends and holidays, when the church doors are more likely to be open and vendors with local goods for sale will fill the small parking lot.

The oldest church in Ecuador | © Angie Drake / Flickr
Give us feedback