The Mysterious Murder That Rocked the Galapagos Islands 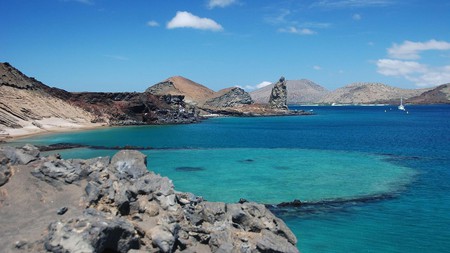 The temperature drops, the once verdant leaves tumble wistfully to the concrete below and an eerie feeling settles like a black, gauzy veil as the promise of Halloween approaches. ‘Tis the season for mayhem and mystery, a time of year where we indulge our darker interests and allow ourselves to be intrigued by the ghosts of the past. In the Galapagos—an archipelago off Ecuador’s coast—an unsolved mystery from the 1930s still haunts the island of Floreana.

Back in the 30s, the Galapagos were largely uninhabited and far from the tourist attraction it has morphed into today. For Berlin doctor Friedrich Ritter and his lover and former patient, Dore Strauch, the promise of solitude was too much to resist. The pair embarked on a four-week journey from Berlin to South America, where they waited a month in Guayaquil before sailing to the island of Floreana. 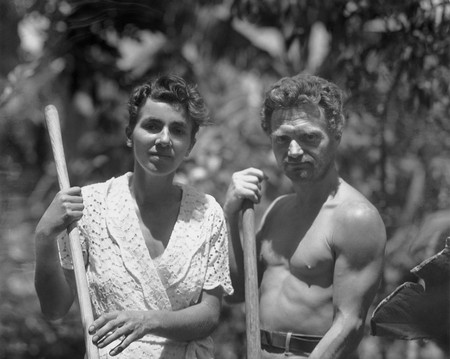 Formed by volcanic activity, the Galapagos archipelago is made up of 13 major islands, with seven smaller islands. When Ritter and Strauch landed on Floreana, the volcanic island proved unforgiving and harsh, subject to droughts and blistering heat, the pair managed to carve a home for themselves among the elements.

“Dore and Friedrich were in many ways living out their own embodiment of Adam and Eve and they were called the Adam and Eve of the Galapagos,” said Dayna Goldfine, whose documentary The Galapagos Affair chronicles the earliest inhabitants of the islands. “Despite the fact that they went to find utter solitude, they were discovered by the tabloids, mostly because letters they wrote home to friends and family were published. The friends and family sent them off to the papers.”

While headlines speculated, wondered and ridiculed Ritter and Strauch, a German family—The Wittmers—found the couple’s story inspiring, soon embarking for Floreana themselves. The Wittmers were a ‘salt of the earth’ type family whose homegrown personas clashed heavily with the Nietzsche-based philosophy and intellectualism of Ritter and his lover. 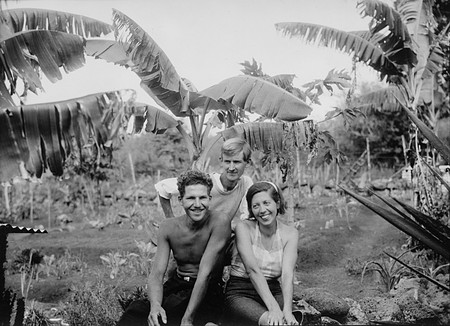 The neighbors largely avoided one another, living about an hour’s walk from each other’s home, until the arrival of Eloise Wehrborn de Wagner-Bosquet, a self-proclaimed Baroness who had come to Floreana with two male companions, Robert Philippson and Rudolf Lorenz. The Baroness was a modern woman with grandiose tales of her life back in Europe. Regarded as stubborn, sexy and wild, she landed on Floreana with the same pomp and circumstance as the English landed in Virginia. In her eyes, the island was instantly hers.

Parading around the island in skimpy outfits, the Baroness was not shy about her male lovers and was said to greet passing ships in sheer outfits and a pistol on her hip. According to the documentary, A Galapagos Affair, the Baroness was intent on building a hotel on the island, declaring herself Empress of Floreana. Her boastful attitude and air of superiority ruffled the feathers of her neighbors, as petty conflicts arose frequently. At the same time, the Baroness had begun to favor Philippson over Lorenz, who was said to have been mistreated and often beaten by the preferred lover, seeking refuge with the Wittmers.

On March 27, 1934, the island of Floreana was eerie and quiet, a sense of foreboding—according to the writings of Strauch—had settled over paradise. A long-drawn scream is said to have pierced the silence that day and then…nothing. The Baroness and her lover, Philippson, disappeared. Here is where the murder and mystery of the Galapagos’ first inhabitants grows sensational, as written accounts by the Wittmers and Strauch clash.

The Wittmers and Lorenz claim the Baroness and Philippson had embarked on a boat to Tahiti, asking the family to watch their home and belongings should they return. Strauch, on the other hand, recalls in her writings that the Baroness’ most-prized possessions had tellingly been left at her house, while no sighting of an approaching ship had caught her or Ritter’s attention.

The Baroness and Philippson were never heard from again; her larger-than-life personality and electric presence forever lost to the island of Floreana. Suspiciously, Lorenz became eager to go back to Germany after the disappearance and soon made haste to the island of San Cristobal, where his boat disappeared en route only to be discovered months later with his mummified remains on Marchena Island. 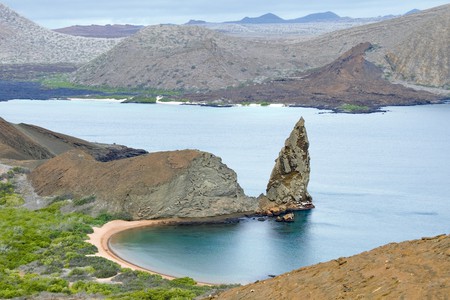 Ritter died months later from sour chicken that many suspect Strauch had poisoned. Claiming to have eaten as much of the rotten bird as her partner, the Wittmers remarked the oddity of Strauch waiting until Ritter was beyond saving before calling for help. While Strauch retells the death of Ritter with loving detail, the Wittmers claim his dying words were to curse Dore’s very existence.

Perhaps Lorenz and the Wittmers had murdered the Baroness and Philippson. Maybe Ritter and Strauch were equally involved in the killings. It’s possible Strauch had killed Ritter out of spite for his cold and unloving demeanor. As with most great mysteries, the answers are forever lost to time. As for the Wittmer family, their stay on Floreana outlasted their ill-fated neighbors as they continued to live and die on the Galapagos, even opening a hotel on Floreana that remains open to this day.

In the The Galapagos Affair, it’s said an old legend surrounds the famous tortoises, for which the archipelago is named for; that these historic creatures are able to see the intentions of those who visit the Galapagos and, if decidedly armed with bad intentions, can seal a person’s fate with a curse. Whether the tragic fate of the Galapagos’ first settlers was human nature or the mystical workings of the Galapagos tortoise, one will never know the fate of the Empress of Floreana, her lover or the ill-fated Dr. Ritter.