The Most Beautiful Beaches Near Guayaquil

Punta Blanca, Ecuador | © Rinaldo Wurglitsch/Flickr
While the big city of Guayaquil is a port town, it has no beaches of its own. Guayaquileños usually head directly west to beaches in Guayas, or northwest to those in the neighboring Santa Elena province. The drive to the furthest beach on this list is only a couple of hours, but watch out on weekends and holidays when the single-lane highway just isn’t large enough to handle the traffic.

The closest beach to Guayaquil is Playas in the small town of General Villamil. This beach town is popular with local families looking to cool off on hot days, and Ecuadorian surfers wanting easy access to the closest waves. If you’re looking for the full beach set-up with chairs, umbrellas, and food vendors plying their wares, set up on the strip by the hotels. 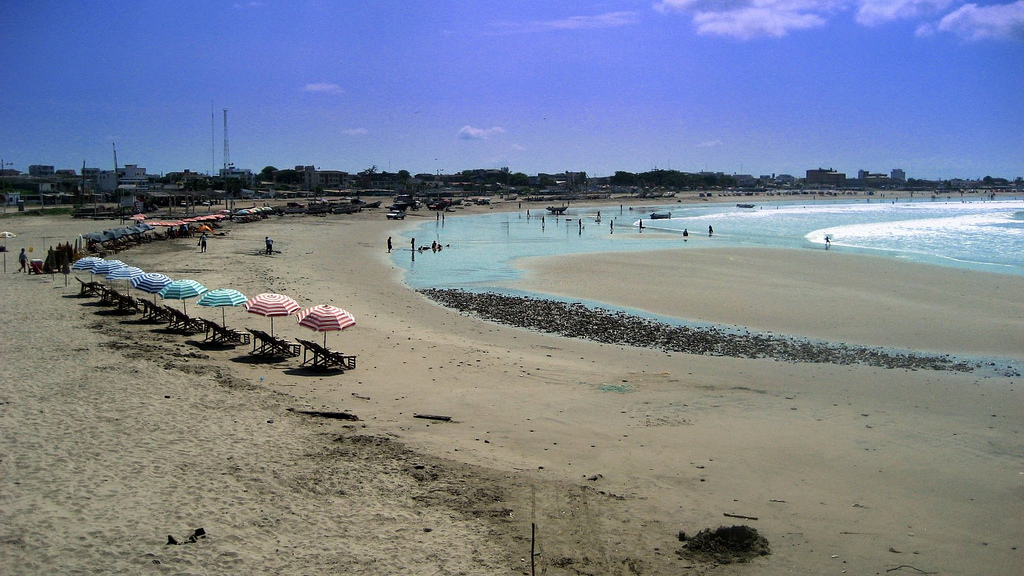 From General Villamil traveling south along the peninsula is the lesser-known area of Playa Varadero. This community lies in the opposite direction of more popular beaches in the Santa Elena province, but does provide a draw for families with children—a 270-foot (82m) long statue of a dolphin.

Considered the best surfing spot in the Guayas province, Engabao is also known as a fishing town with a beach cluttered with traditional fishing boats. A trip to this small community would not be complete without visiting the Punta de Piedra, or Stone Point, for a photo. 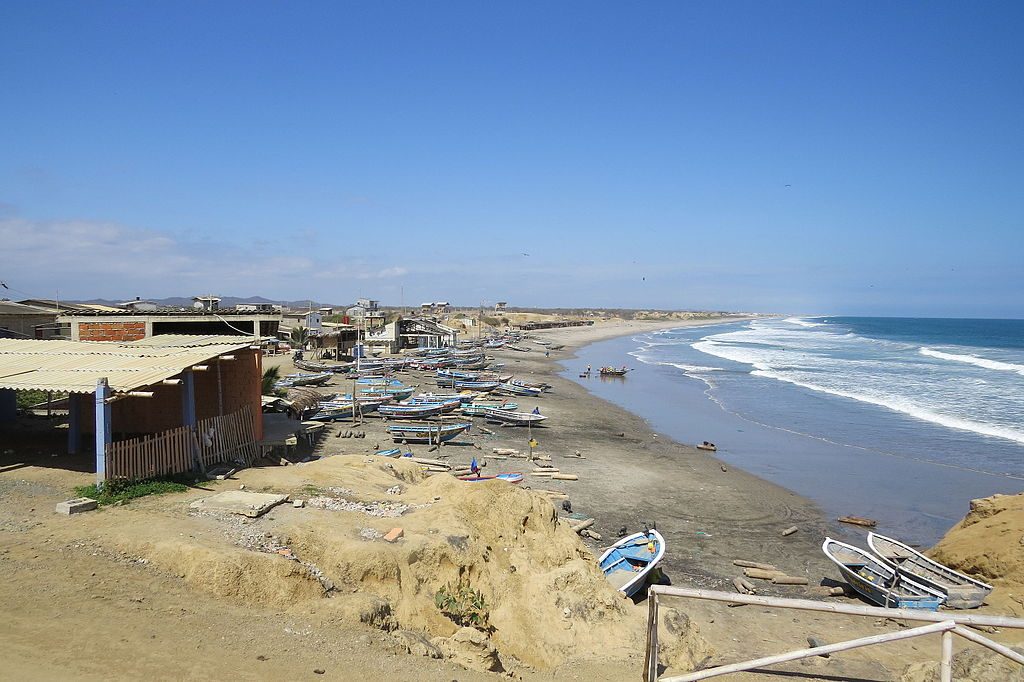 Anconcito is more fishing town than beach resort. But the small beach near the rocky cliff face is a great place to build sand castles and enjoy the fresh ocean breeze. Small pockets of sandy beach are tucked into the rocky ledge bordering the port town, just be careful not to walk too far before the tide comes in. 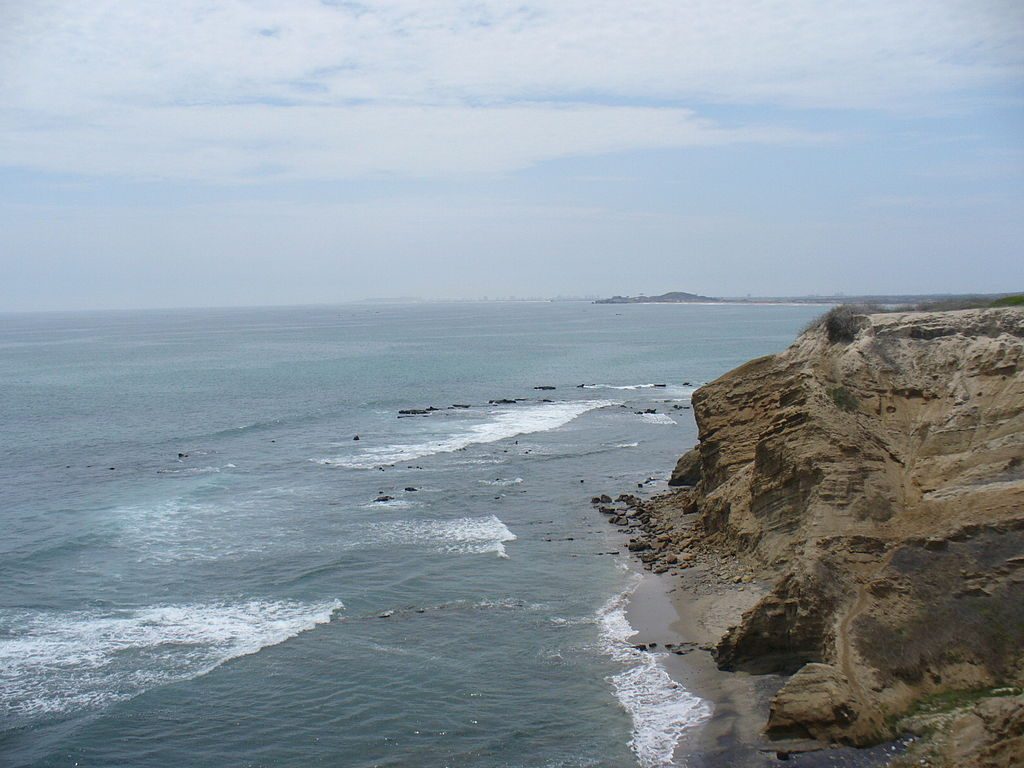 Punta Carnero, just north of Aconcito, is a favorite destination for Ecuadorians. The beaches will be packed during the high season, especially the months of January and February. This is the perfect beach for parasailing, body surfing, and surfing—the town has even hosted many international surfing competitions. 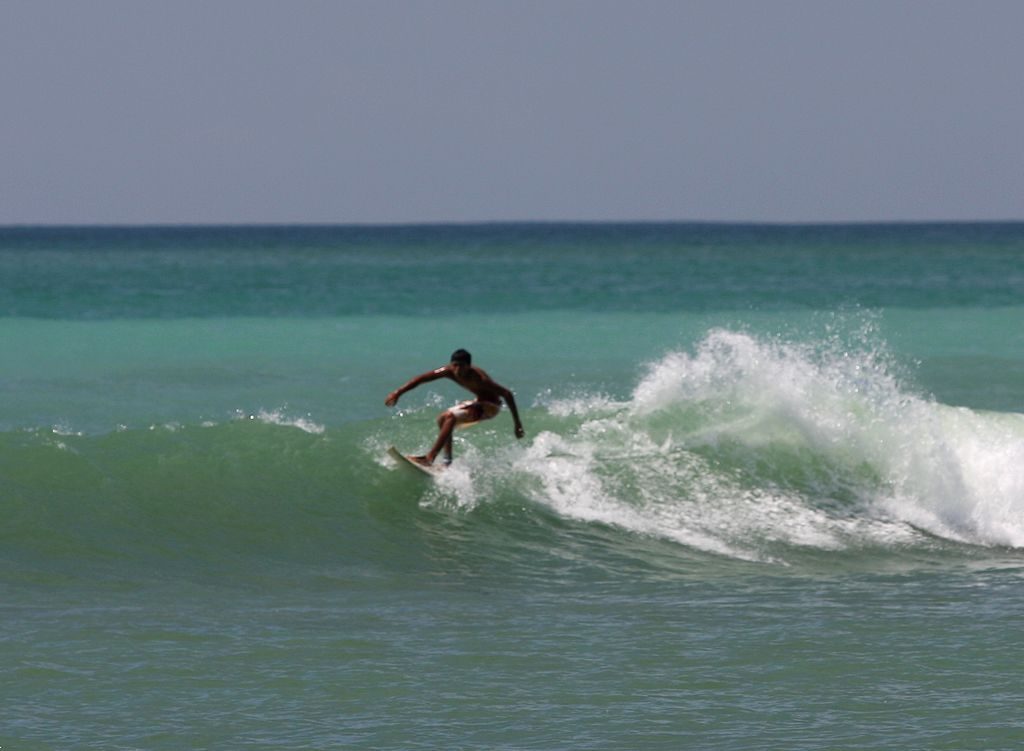 Access to the Playa de Mar Bravo was recently limited to Ecuadorian military and their families. Much of the beach lies on the two military bases of Salinas. But today, the government has opened the area to tourism. In the zone between the famous La Chocolatera—the point of Ecuador that sticks out furthest into the Pacific Ocean—and the Lobería—a rock that is home to a sea lion colony—is one of the best surfing breaks in the region. The beach itself, while beautiful, is dangerous for its massive undertow.

Playa de Chipipe is home to the vacation villa of the President of Ecuador. Despite that, the beach can be a quiet oasis in the off season, as it is slightly off the beaten path for the majority of finer hotels in the city. This beach is popular with families with children, as the surf is light and the water a safe place to play. Be warned: New Year’s Eve through Carnival, this beach will be packed with vacationing Ecuadorians.