The Best Waterfalls in Ecuador You Can Visit 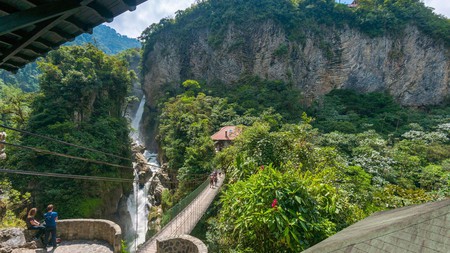 Eager to explore this fascinating country? Join Culture Trip’s exclusive eight-day Ecuador adventure to embark on an unforgettable tour from the Andes to the Amazon, led by our Local Insider.

© Hemis / Alamy
Baños de Agua Santa is Ecuador’s adventure travel capital. Baños is not only located at the base of an active volcano, but its position as the gateway to the Amazon rainforest means that you’ll find plenty of waterfalls to chase here. The best waterfalls can all be seen on the famous Ruta de las Cascadas, a 60km (37.2mi) trail that starts in Baños and ends in the town of Puyo. Along the way, you’ll have seven waterfalls to stop off at – including the ferocious Pailon del Diablo. You can hire a mountain bike or off-road buggy in Baños or take the slow, budget-friendly local buses from one stop to the next. 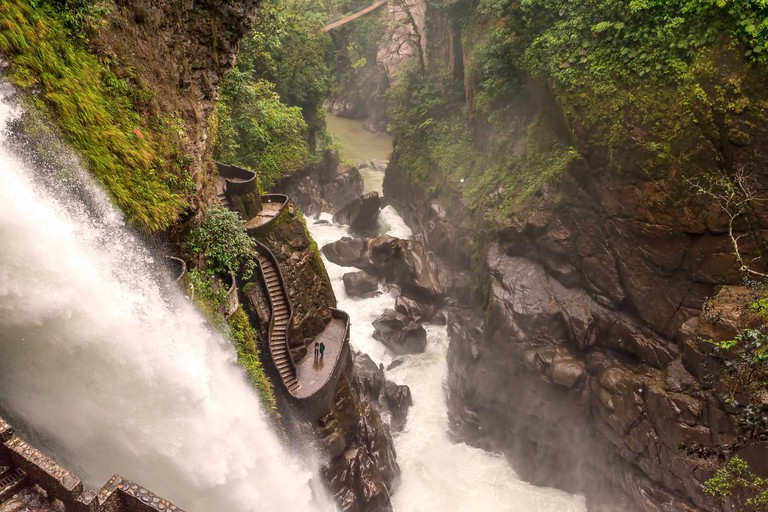 © Kalypso World Photography / Alamy
Pailon del Diablo is a churning mass of white water that never fails to awe travellers on the Ruta de las Cascadas. Located 17km (10.5mi) east of Baños, the Devil’s Cauldron is one of Ecuador’s most powerful waterfalls. Pailon del Diablo is around 80m (262ft) tall, and you can reach the best viewpoints by following a short trail from the village of Rio Verde down into the rocky canyon. There’s an adrenaline-pumping rope bridge stretched across the gorge – and you’ll feel the sheer natural energy below if you dare to walk out across it. 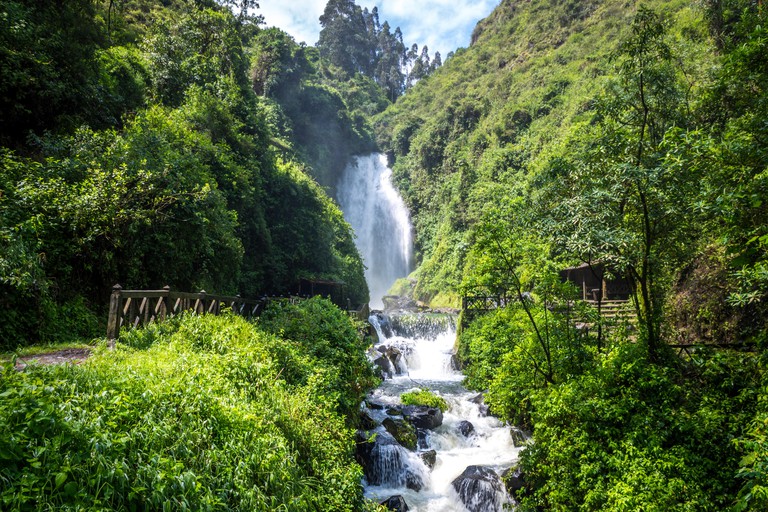 © Ripio PV / Alamy
Two hours north of Quito is the mountain town of Otavalo, where you’ll find you’re within hiking distance of some of Ecuador’s best waterfalls. Cascada de Peguche is a 4km (2.48mi) walk from Otavalo or, if you’re feeling lazy, there’s a local bus there and back. At 18m (59ft) in height, this might not be the tallest waterfall in Ecuador, but it’s certainly one of the most photogenic. Cascada de Peguche is surrounded by lush green scenery – and there are plenty of perfectly placed rocks for waterfall selfies.

A steep descent outside of Otavalo will bring you to Taxopamba Waterfall, where the water crashes over the edge of a green, mossy cliff top into a shallow plunge pool below. If you want to be the first into Taxopamba Waterfall, then there’s a small collection of quaint cottages and remote cabanas at the start of the short trailhead. Spend the night surrounded by nature high in the Andes – and get the waterfall all to yourself in the morning.

Standing at a height of 60m (196ft) and surrounded by green, Andean scenery, Great Waterfall Pita is one of Quito’s most exciting day trips. Escape the city with a journey south into the foothills of the extinct Pasochoa Volcano, where you’ll find the glacial waters of the Rio Pita. Join a hiking tour from the capital – following riverside trails to the Great Waterfall Pita – where the water is ice cold all through the year. 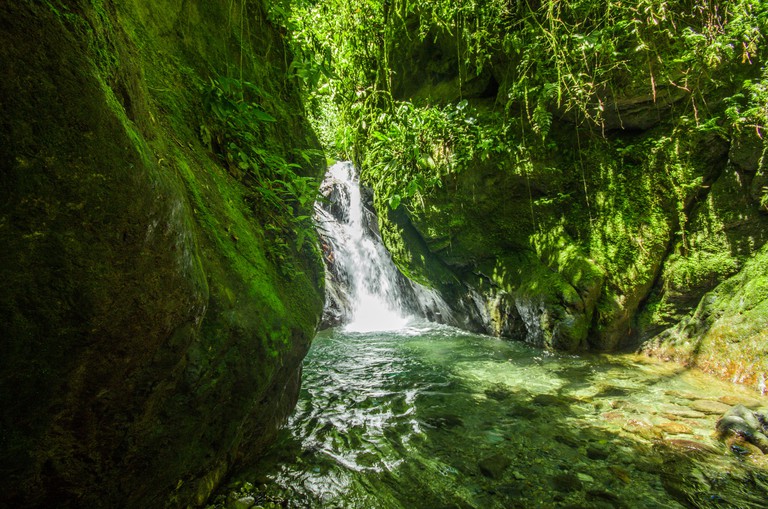 © Sunshine Pics / Alamy
Nambillo Waterfall is hidden amongst the moss, trees and mist of the Mindo Cloud Forest Reserve, a unique ecosystem that’s located a two-hour drive from Quito. Take a short cable car ride through the trees, before descending down into the forest for a refreshing swim in the ice-cold waters of the Nambillo Waterfall. Although small, the cascade is fed by the powerful Rio Nambillo – and you’ll be surrounded by tall trees and green forest scenery as you swim under the cloud forest’s canopy. 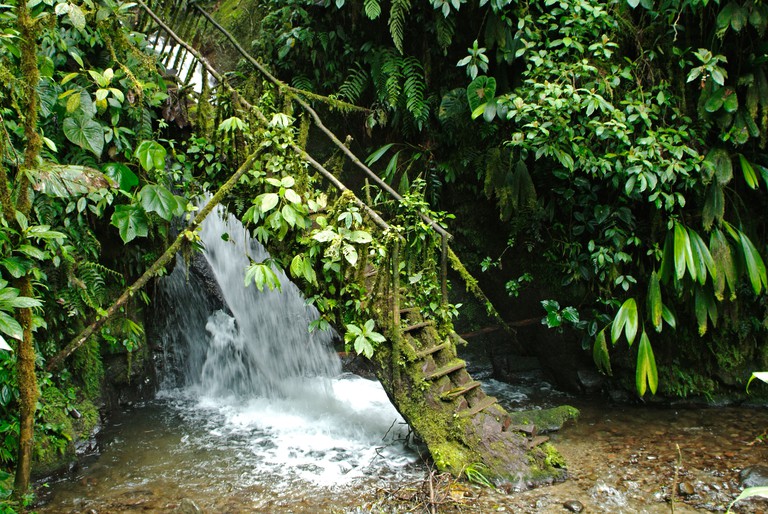 © Bjanka Kadic / Alamy
If you’re looking for a seriously secluded waterfall to visit, then the Reina Waterfall could be the destination for you. Found deep within the Mindo Cloud Forest on the western side of Pichincha Volcano, you’ll need to make your way to the Tarabita Cable Car to find the start of the trail. From Mindo’s famous cable car station, it’s a one-hour trek through thick forest to the Reina Waterfall. After a sweaty, humid hike, we guarantee you’ll love the ice-cold plunge pool. 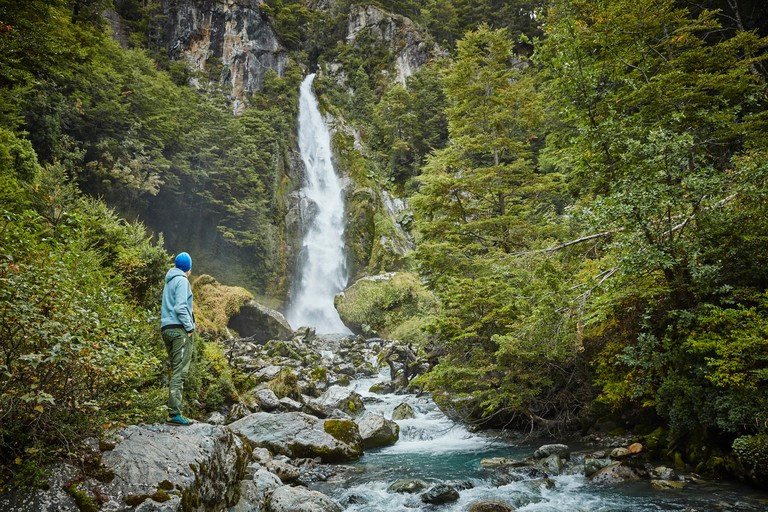 © Westend61 / Alamy
It’s a bumpy four-hour journey from Quito to the San Rafael Waterfall. And after an arduous overland journey through the Andes, you’ll be surprised to find that the waterfall doesn’t actually exist anymore. Instead, there’s a large – but equally fascinating – sinkhole. Until February 2020, this was the largest waterfall in Ecuador. At its peak, San Rafael Waterfall was 130m (426ft) tall and it drew tourists from all over the world. That changed, though, when the river changed its course – leaving behind a curious, natural oddity in its wake. 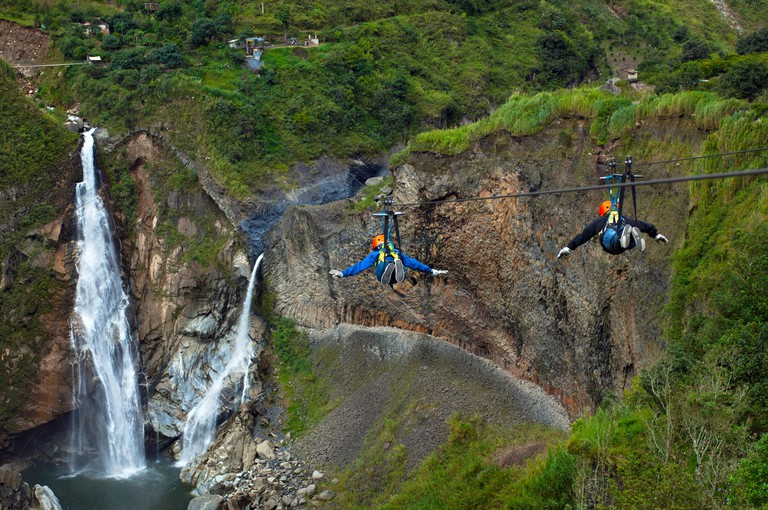 © Jon Arnold / Alamy
Cascada Agoyan is one of the most powerful waterfalls along the Ruta de las Cascadas that leads from Baños to Puyo. The sheer power of Cascada Agoyan isn’t just impressive, but it’s vital to the Ecuadorian economy because the dramatic waterfall is an important part of the hydroelectric power grid. You can bike to Cascada Agoyan from Baños and then for the best views of the waterfall, take the dizzying zipline across the canyon. 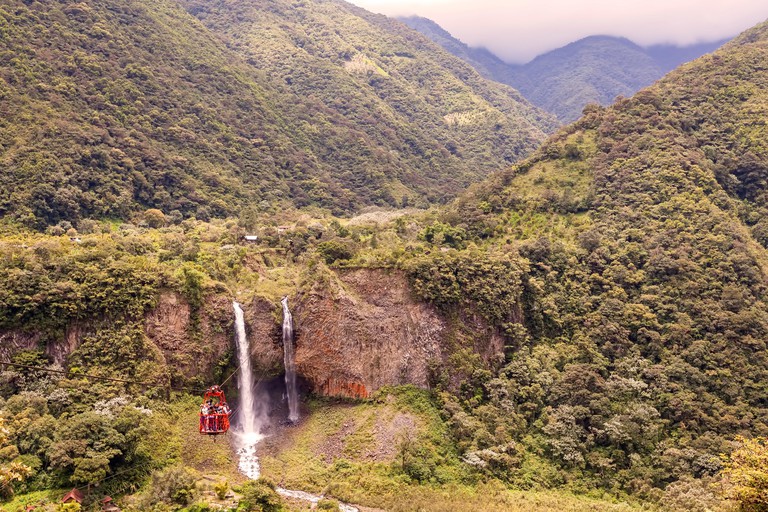 © Kalypso World Photography / Alamy
Manto de la Novia is a 40m (131.2ft) tall waterfall that’s one of the most popular stops on the Ruta de las Cascadas outside of Baños. There are several spectacular ways to see this single-drop waterfall – and, if you’ve got time, you’ll want to hike down to the riverbed, following rocky trails and crossing swaying suspension bridges. If you’re in a rush, then hop on the open-topped cable car and fly over the river from high above.
Give us feedback