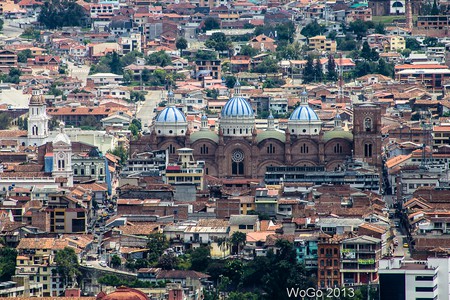 The UNESCO World Heritage Site of Cuenca, Ecuador reminds many travelers of Europe. With three rivers, ample walking trails and multiple plazas, the outdoor spaces beckon travelers to enjoy the history, architecture and culture of this high Sierran city. Many restored and renovated historic residences have been transformed into boutique hotels, each with its own unique decor and atmosphere.

The Mansion Alcazar lies a couple of blocks from the Plaza San Francisco, home to one of the best artisan markets in Cuenca. The mansion was built in the late 19th century during the Ecuadorian Republican Era. It maintains a historic decor, with multiple sitting areas in the interior courtyard and upper mezzanine. 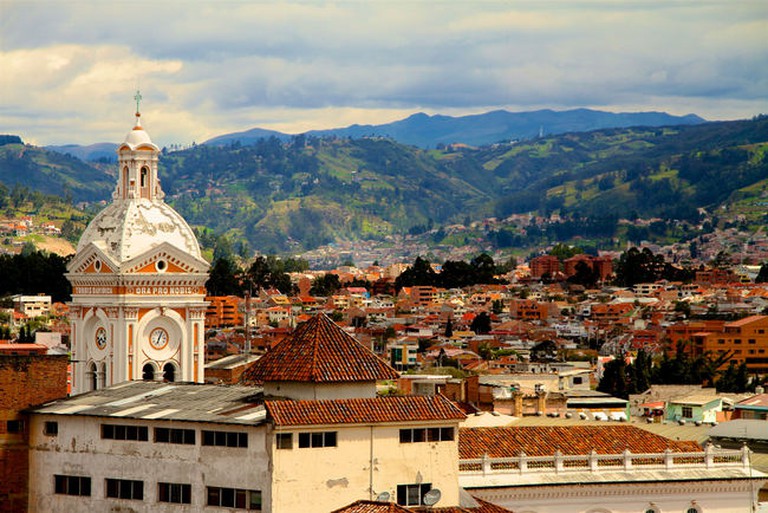 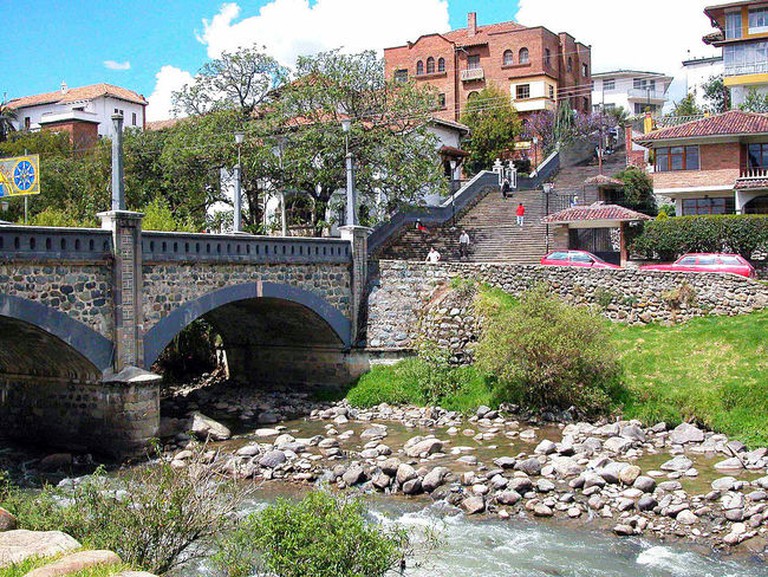 Rio Tomebamba in Cuenca, Ecuador | ©amalavida.tv /Wikicommons
The corner location of Casa San Rafael allows almost every room to have a window overlooking the cobblestone streets of Cuenca. This historic home makes for comfortable accommodation, while the friendly staff goes the extra mile to make every trip the best possible.
Open In Google Maps
5-05 Simón Bolívar, San Blas Cuenca, Ecuador
+59372823920
Visit Facebook page
Give us feedback

Hotel
Facebook
Email
Twitter
Pinterest
Copy link
Share
Map View
Just a few steps away from the Old Cathedral, the Hotel Boutique Santa Lucia is ideally located for exploration of historic Cuenca. Built in 1859 as the residence for the provincial governor, this beautiful building has been tastefully restored so that its history is well-preserved while guests have every comfort.
Open In Google Maps
San Blas Cuenca, Azuay, 10101, Ecuador
+59372828000
Visit Website
Give us feedback 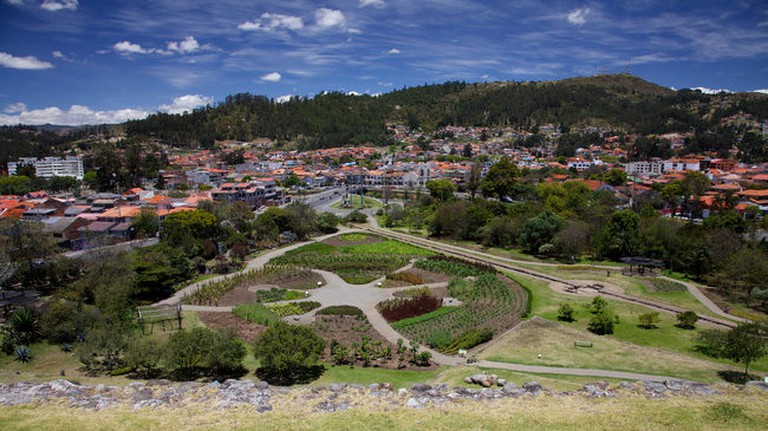 Gardens of Pumapungo, Cuenca | ©David Brossard /Flickr
Built during the Ecuadorian Republican Era, the Hotel La Casona is a French-style chateau and historic site that adds character to the UNESCO World Heritage City of Cuenca. With more than 28 rooms, the hotel is an excellent location for families large and small.
Open In Google Maps
Miguel Cordero Dávila, Huayna-Cápac Cuenca, Azuay, 10107, Ecuador
+59372888869
Visit Website
Give us feedback

Tucked into a residential neighborhood near downtown Cuenca, Casa de las Rosas was built in 1952 as the home of the Tapia Peña family. Today, the youngest daughter offers comfortable accommodations in a home-like setting. 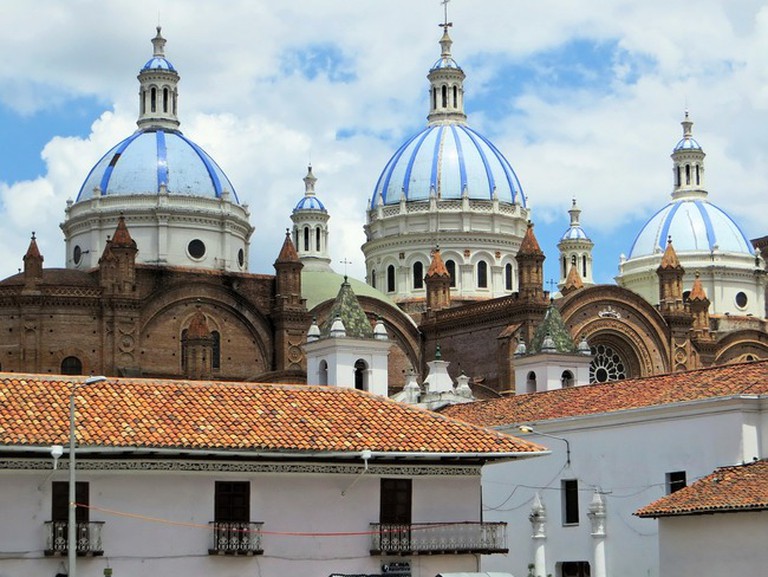 Domes of the New Cathedral, Cuenca | ©DEZALB /Pixabay
A beautiful renovation of a historic home combined with a professional hotel staff makes for an excellent boutique hotel in the colonial downtown sector of Cuenca.
Open In Google Maps
10-91 Presidente Borrero, El Sagrario Cuenca, Azuay, Ecuador
+59372828801
Give us feedback 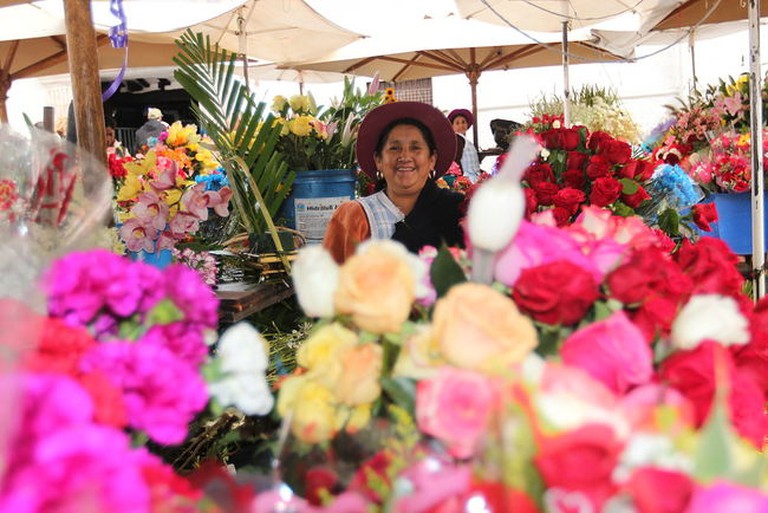 Flower Market, Cuenca | © amalavida.tv/Wikicommons
Located in the heart of historic Cuenca, the Hotel Morenica del Rosario is close to many iconic destinations like the Parque Calderón, the New Cathedral and the quaint flower market on Mariscal Sucre. This boutique hotel is one of the more modern adaptations, built in 1918, but maintains a colonial character despite its apparent youth.
Open In Google Maps
General Torres, San Blas Cuenca, Azuay, 10101, Ecuador
+593987753255
Visit Website
Give us feedback
Give us feedback