Street Food You Have to Try in Quito, Ecuador 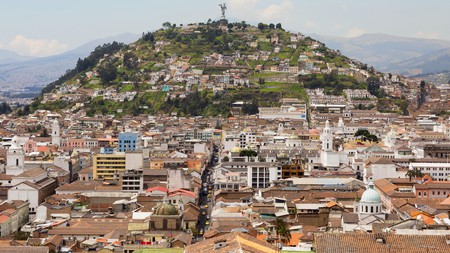 Quito, the capital of Ecuador, is a great place to tuck into delicious street food. There are plenty of popular, widely available dishes – both sweet and savory – as well as some more unusual delicacies for the adventurous eater. Whether you’re a meat lover, vegetarian or dessert fanatic, you’re bound to find something which takes your fancy. Here’s our guide to making the most of Quito’s vibrant street food scene.

Want to experience authentic Ecuadorian cuisine for yourself? On Culture Trip’s exclusive eight-day Ecuador adventure – led by our Local Insider – you can enjoy a market visit and cooking masterclass in Quito.

To experience authentic street food in Quito, a good option is to visit Parque de las Tripas (Tripe Market) in La Floresta neighborhood. The best time to go is in the early evening when you’ll experience a buzzing atmosphere with many Ecuadorians enjoying a hearty dish or a snack. Mercado Central (on the edge of the historic center), Mercado Iñaquito (in Modern Quito) and Mercado Santa Clara are all worthy alternatives.

Here, we pick out just some of the best dishes you’ll come across when perusing Quito’s street food markets. Ideally, it’s best to arrive by 5pm, when the stalls aren’t too crowded and you can take your time exploring and asking about the dishes. Sometimes, you might even be lucky enough to get a table.

When you arrive at your chosen street food market, it’s a sensible idea to make a beeline for the stall selling tortillas first, as a long queue will almost certainly build up throughout the evening. These are one of the hearty dishes that many Ecuadorians eat after a long day in the office – but they aren’t what you might automatically associate with a tortilla. Unlike the Mexican-style wraps, Ecuadorian tortillas (llapingachos) are griddled potato patties, stuffed with cheese, usually served with peanut sauce, and sometimes extras such as chorizo sausage, fried egg, lettuce, tomato or rice. 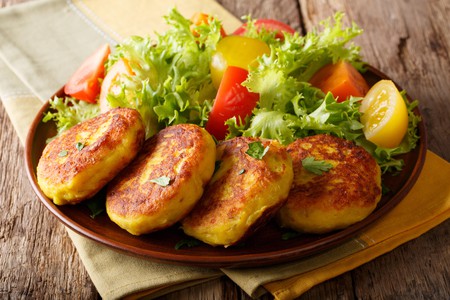 It may not look, smell or sound like the most appetizing thing to eat, but don’t let that put you off trying tripa mishki. Seasoned and grilled (or fried) cow intestines – usually served with potatoes – are one of the most popular dishes here, and, when cooked well, among the most delicious. According to many Ecuadorians, this dish is good for your gut (literally, no pun intended). Be prepared – it takes a while to chew. 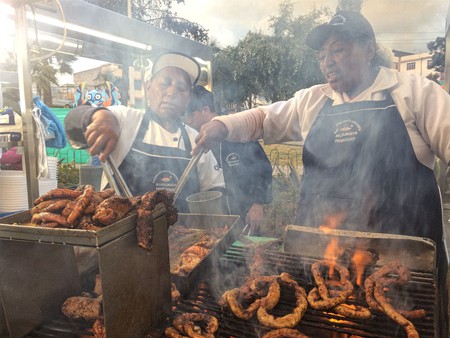 This cow’s stomach stew cooked with peanuts and potatoes is extremely popular on the coast – though not quite as much in the Andes and Amazon regions of Ecuador. You’ll find it at and Parque de las Tripas, though. It tends to be eaten with avocado, boiled egg and rice, and is said to be a highly effective hangover cure. It has a notoriously strong taste, so perhaps give yourself a few days to adjust once you’ve arrived in Ecuador before trying it. 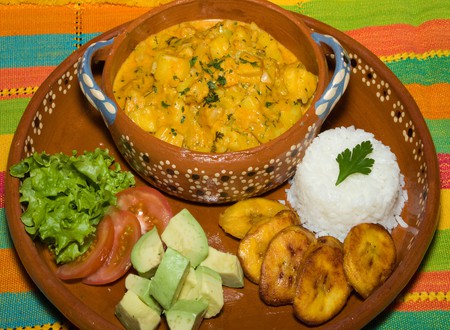 In Ecuador, deliciously moreish empanadas are filled with cheese before being deep-fried and then sprinkled with sugar. Make sure to get a couple, as not only will the first bite leave you craving more, their lightness means you’ll easily have room for it.

This chicken stew cooked with peas, carrots and potatoes and a broth of tomatoes, coriander and beer – plus a side of rice – is one of the staples of Ecuadorian cuisine. It’s ubiquitous across the country but has a particularly good reputation in Quito.

Hot, sugar-coated donut balls – what’s not to like? Whether as a dessert or an afternoon snack, these sweet treats are irresistible.

Ceviche – fresh, raw fish cured in citrus juice – is widely eaten across South America, but the Ecuadorian variety is slightly different to those you’ll find elsewhere. It’s often made with shrimps, rather than white fish, and is served with the juices it has been prepared in, giving it more of a soupy complexion.

If you want something sweet but slightly healthier than huevos chilenos, fried plantain is a scrumptious alternative. Cut down the middle, stuffed with mozzarella cheese and cooked until golden brown, they’re the ultimate Ecuadorian fast food snack – and in some street food markets, you can get them for less than $1. 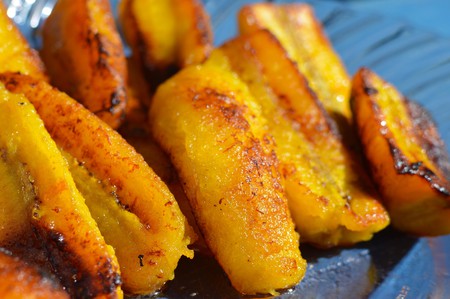 For the full culinary experience, it’s essential to try the drinks as well as the street food on offer in Quito. Morocho, made from morocho corn, is a sweet, hot drink made by cooking the corn with milk and flavoring it with a sprinkle of cinnamon, sugar and raisins. It’s popular as a tea-time drink and can be found at street stalls throughout the country.

Nope, it’s not the rice-based drink you might have tried in Central America. Horchata in Ecuador is a refreshing tea, infused with a blend of herbs, including chamomile, mint and lemongrass, as well as several types of flowers. Originally from Loja in the south of Ecuador, it’s now widely enjoyed across the country and can be served hot or cold.