6 Ecuadorian Contemporary Artists You Need to Keep an Eye On 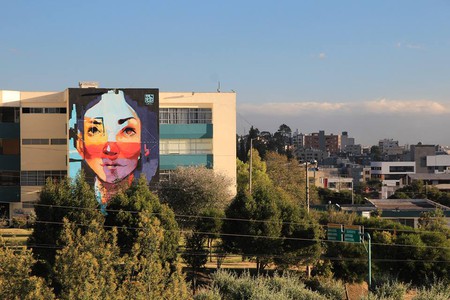 These artists, through their paintings, murals, and installations, have brought Ecuador into the spotlight in the art world, shining a light on subjects that are often overlooked by their peers. They have brought attention to important national issues, as well as bringing a glimpse of everyday Ecuadorian life into galleries in the region and worldwide. Here are six names changing the Ecuadorian arts landscape.

Balseca, a self-taught illustrator and visual artist, is an example of hard work and discipline, paving the way for his generation and finding ways to promote his work and Ecuador abroad. His art shows evolving themes that catch his attention, and often historic events that shaped Ecuador. Balseca, a Quito native, has had his installations featured in Ecuador’s galleries, as well as winning awards from the Center of Contemporary Art in Quito, and Miami’s Cisneros Fontanals Art Foundation, among others. A film about his latest installation—that documented the only Ecuadorian-made car, dragged around the country without an engine along Ecuador’s new highways finishing in Cuenca’s biennale—was one of his acclaimed pieces of art in 2015. 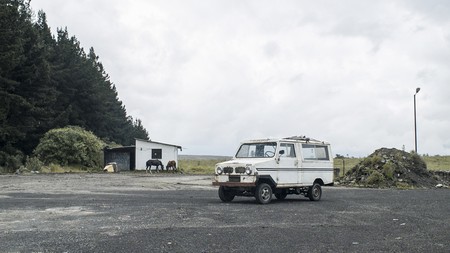 This young artist has developed his work in painting and drawing, and has lately experimented with installations and performance, showing his constant search for new ways of self-expression and growth. His work often combines different disciplines, and he has collaborated with different artists. Mestizo culture and folklore are some of the elements that can be found in Monsalve’s work. His art can be also appreciated with the band Bueyes de Madera, with whom he sometimes paints live.

Bike, a muralist, has made her passion for cycling the theme of her work, as shown in her many murals around the city. The avid cyclist brings colorful women onto Quito’s walls, as well as other cities in the region. She started painting from a young age, and after majoring in design, made the leap into contemporary art, starting off in classic painting, which was her gateway to illustration and her taking over Quito, one wall at a time.

Bike’s work has been key to exposing street art to a wider audience and introducing its talent to the country, bringing credibility to the art form. There is a sense of nostalgia, melancholy, and classic beauty in her paintings that bring female artists to the forefront.

La Suerte draws on issues women face every day, combining aspects such as motherhood, sexuality, and self-doubt into beautiful pieces of art found on walls, porcelain, and paper. She has taken her respect for nature and activism, and taken us on an intimate journey with her, through her pieces of art. Since she began experimenting with different textures and surfaces of everyday Quito objects five years ago, her work has been featured in Europe. La Suerte also illustrates magazines, fanzines, and works in photography.

As soon as you arrive in Quito, you will see depictions of everyday life adorning the walls in some parts of the city. Apitatán, who draws on colloquialisms and combines it with everyday Ecuadorian words, has been one of the main urban artists to bring color to Quito’s gray walls. You can see him working on a collaboration with Ecuadorian rappers Guanaco MC and Mateo Kingman in their video “My Pana” below.

Gilbert’s famous work drove Ecuador’s biggest city literally mad. His sprayed graffiti pigs that started popping up on Guayaquil’s streets overnight were mistaken as a way of gangs communicating threats, which drove the city’s residents to wide hysteria. Gilbert showed up at city hall with buckets of paint to clean up the work that was immortalized in Ecuadorians’ minds as a way to protest corruption in one of the country’s most tumultuous periods.

Gilbert has since moved from the streets into painting, keeping an edge to the work he does. His most recent piece, “Litro X Mate,”—a response to Guayaquil’s attitude to street art—provokes Ecuador’s biggest city, once again alarming its upper class citizens and drawing sharp criticisms and opening up debate. Gilbert’s provocative work makes the country turn and look, often in subjects it would rather ignore. If you want to learn about Ecuador’s issues through the lens of an artists, Gilbert is the one to watch.