Pre-Incan Cultures Along the Coast of Ecuador 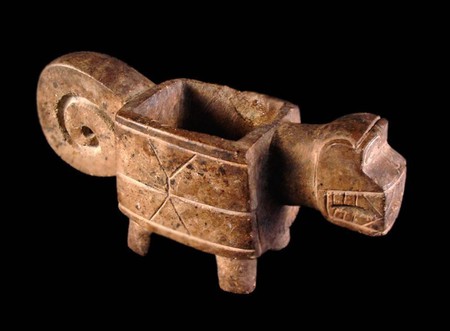 Pre-Columbian civilizations left their mark up and down the Pacific Coast of mainland Ecuador. From as early as 10,000 BCE until the arrival of the Spanish in the 1530s, these tribes invented tools, crafted pottery, planted crops, practiced commerce and built communities that utilized complex social and political structures – many doing so long before the arrival of the Inca in the late 15th century.

The Las Vegas culture occupied parts of the coastal land near modern day Santa Elena from 10,000 to 4,000 BCE. This tribe is the earliest known group of settlers in the territory that makes up modern Ecuador. They settled on the peninsula of Santa Elena, leaving a record of small communities including burial grounds.

The Las Vegas were hunter-gatherers who developed basic agriculture. Although they never made pottery or ceramics, they did use tools made of bone and shell. They also produced nets and other types of textiles.

The Museo de Los Amantes de Sumpa in Santa Elena is home to an ancient burial site of the Las Vegas culture.

The Valdivia culture flourished from 4000 to 1800 BCE in the Manabí province along the central coast of Ecuador and further south beyond the modern-day city of Guayaquil.

Valdivians left behind a legacy of artwork in both stone and clay. Their work provides the earliest examples of pottery in Ecuador. Valdivian mortars in the shapes of animals may have been used to grind hallucinogenic herbs used in shamanistic rituals. The most emblematic antiquities of Valdivia are the hundreds of small feminine figures, with ornate hair styles, heavy breasts, and clearly marked vulvas, reminiscent of the paleolithic Venus of Willendorf.

Artifacts from this culture can be found in archaeology museums throughout Ecuador, including some of the excellent collections found in Quito, Cuenca and Guayaquil.

From about 1800 to 1500 BCE, the Machalilla culture evolved in the areas around modern day Santa Elena and Manabí. The Machalilla practiced intentional cranial deformation on the skulls of young children until the bones actually maintained a pointed shape, a fact well-documented by human remains and in examples of their pottery.

Artwork of the Machalilla culture was traded as far north as Mexico and further south into Peru, indicating a culture with strong ties to commerce.

The Chorrera culture, located as far north as Babahoyo on the west slope of the Andes to the Los Rios Province in the far south, prospered from 1,500 to 500 BCE.

Examples of their ceramics reveal individual artistic expression and explore forms that blended human and animal figures. The first Ecuadorian musical instruments made of clay are attributed to the Chorrera.

Houses from the Chorrera culture were round with an opening in the roof; they built canoes out of totora straw, similar to those made by modern fishermen along the coast of Northern Peru.

Examples of Chorrera ceramics are on display at most archaeology museums in Ecuador, including those on the coast in Manta and Guayaquil. 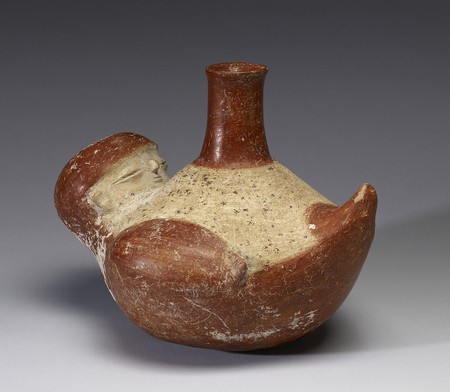 The Guangala Culture prospered in the Manabí and Santa Elena provinces from about 500 BCE to 500 CE. Scientists also recorded their presence on the Poor Man’s Galapagos, Isla de la Plata and along the western slopes of the Andes.

The Guangala people were hunter-gatherers who also used intense farming practices. Archaeology sites show that they know how to use dams and ditches to store and direct water. They organized politically using a structure of señorios, small groups with a single, powerful leader.

Examples of Guangala pottery include realistic portrayals of human faces. They often used three colors – red, black, and ochre. They made jewelry from mother-of-pearl and they are the first culture in Ecuador known to have worked copper.

For a culture that lasted from 500 BCE to 1531 CE, little is known about the societal structure of the Jama-Coaque. They lived along the northern coast in the Esmeraldas Province to the central coast of Manabí near Bahía de Caraquez.

The little that is known has been gleaned from their artwork. Examples of pottery include figurines of well-dressed people wearing tunics that covered arms and legs, replicas of buildings that may represent temples or other ceremonial structures, and masks representing both felines and humans. Some figures are dancing or playing music and may represent important figures like shamans.

The Museo Arqueológico de Jama in Manabí not far from Puerto Cabuyal has made it their mission to rescue, protect and share the Jama-Coaque culture on the coast. 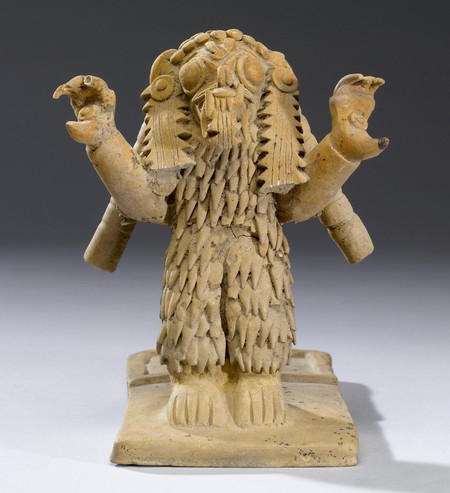 Named after the coastal city of Manta, the Manteña culture began around 600 CE and lasted until the arrival of the Spanish around 1534. Some of our knowledge of the Manteña people comes from chronicles written at the time of conquest. Manteños were well respected for their skills in navigation and fishing, lived in wooden homes, owned hand-made times of gold and emeralds. They used Isla de la Plata as a center for worship, Cerro de Hojas was an obvious center of power.

The Spanish respected local Manteños for their skills in navigation and fishing. They lived in wooden homes. The Spanish took special note of the quality of workmanship in items made from gold and emeralds.

To learn more about the Manteño Culture while visiting the coast of Ecuador, make sure and visit the Parque Arqueológico Cultural de Cerro Hojas Jaboncillo near Portoviejo. 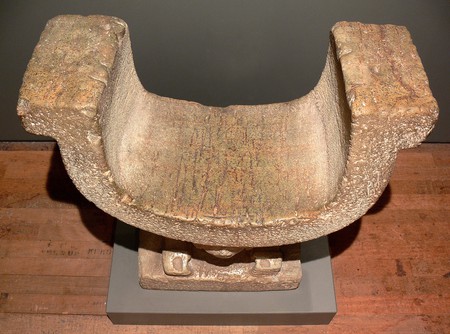 The Bahía culture occupied lands far inland on the western slopes of the Andes to the Pacific Coast from Bahía de Caraquez to the Rio Guayas from 600 BCE to 600 CE.

The Bahía are known for large pottery figures called gigantes, or giants. These statues can be 2.5 feet tall, are heavily detailed with clothing, adornments, and facial expressions. Many are posed seated with legs crossed and holding ceremonial items, leading to the belief that they may be images of shamans.

The Bahía used sailboats to navigate the Pacific Coast and built relationships with their neighbors to the north and south.

A small museum with archaeological discoveries outside of Manta in the community of Pacocha preserves the history of both the Bahía and Manteña cultures who once lived in the region. 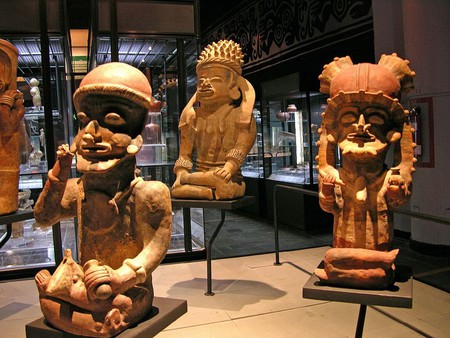 The center of Huancavilca Culture lies near the port city of Guayaquil on the Isla Puña. The culture lasted from about 800 to 1530 CE and was documented by several Spanish colonists.

Artifacts from archaeology sites reveal that the Huancavilca were grand sailors, traveling far and wide, trading Spondylus shells, woven goods made from cotton, and objects made of gold, silver, and copper, and polished discs of obsidian. Some archaeologists believe the Huancavilca traveled as far north as Central America and as far south as Chile.

Remains of the Huancavilca culture were discovered in the community of San Jose, north of Santa Elena, and in El Consuelo, between Guayaquil and Salinas. 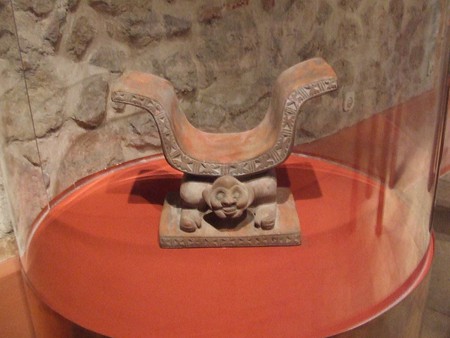