Inti Raymi: What to Know About Ecaudor's Summer Solstice Festival 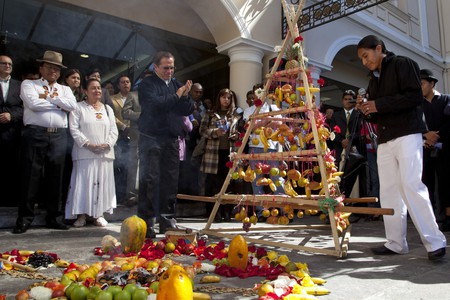 Inti Raymi—meaning Festival of the Sun in the Kichwa (Quechua) language—was a spiritual ceremony honoring the sun god, Inti, in the Inca Empire (present-day Andean region), celebrated A.D. 1412–1535 until it was banned by Spanish colonizers and Catholic clergy. Today, the summer solstice is celebrated June 18–24 in every country once ruled by the Incas, especially Ecuador.

Inti Raymi, the most important festival to Incas, welcomed the new agricultural year and celebrated Pachamama (Mother Nature in Kichwa). Incas would pray to Inti with hallucinatory traditions, animal sacrifices, and dances thanking Inti for giving them more hours in the day to tend to the harvesting and ensure a prosperous coming season. 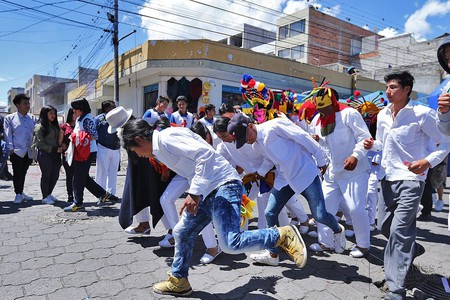 In northern Ecuador, the people of Otavalo (indigenous to the Andes mountains) combine Inti Raymi with celebrations of Saints Peter and Paul (June 21–29) and Saint John the Baptist (June 24). On June 22, a ritual bath called Armay Chishi takes place around midnight in a sacred waterfall. This bath is believed to remove accumulated negative energy and strengthen the relationship with Pachamama. Afterward, the streets are filled with dancers and paraders, who are required to do the ritual bath. Dressed in traditional, colorful clothing and playing instruments, dancers move in circles that represent the two annual solstices. 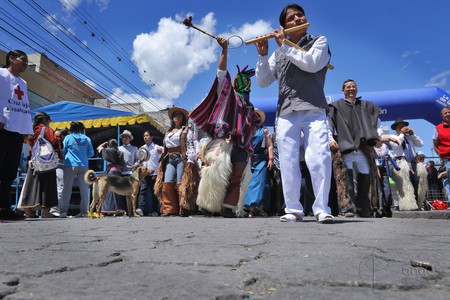 In northern Ecuador, dances feature the character of Aya Uma, believed to be the spirit of the mountain with the mission of scaring away lurking demons that threaten harvests and good energy. A respected member of the community wears the colorful Aya Uma mask, and together with the other dancers, they stamp their feet to encourage Pachamama to restore a new agricultural cycle. 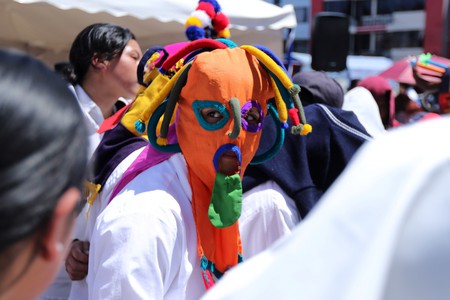 Most importantly, Inti Raymi celebrates a cultural and indigenous identity lost to the Andean people following Spanish colonization. The festival gives them strength to stand together and be proud of their heritage, their history, and their present-day identity. Otavalo celebrates this by marching the central plaza with the Wiphala flag, representing Inca unity and respecting diversity. 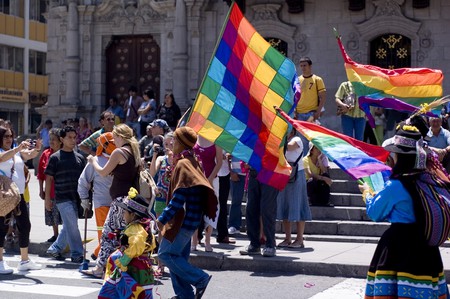