In Ecuador, Andean Artisans Are Using the Internet To Save Their Pre-Incan Traditions 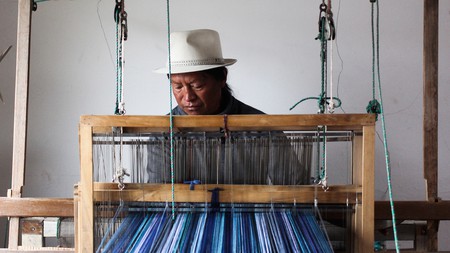 While textile artisans carry out centuries-old tradition in the Ecuadorian highlands, finding customers has been difficult. Until now.

High in the Andes, surrounded by peaks and volcanoes, indigenous people carry on family craft traditions creating textiles and leather goods. Many of them rely on travelers to buy their goods at the famed Otavalo market or make the two-hour trek into Quito to find buyers. But textile makers like husband and wife Jose Luis and Mercedes Farinango are able to carry on their family traditions with a modern twist. 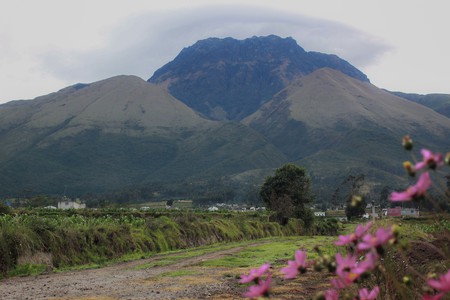 The Farinagos built a website, take custom orders via WhatsApp, and collaborate with Joy Bittner, a fair-trade facilitator originally from Connecticut, to sell camera straps and tote bags online to the North American market.

“Everything is woven by our hands,” says Jose Luis proudly. “We’ve always worked using our traditions and I’ve taught my wife, too. Here, it’s not traditional that women weave, but we work together in everything, including making and selling our products around the world.” 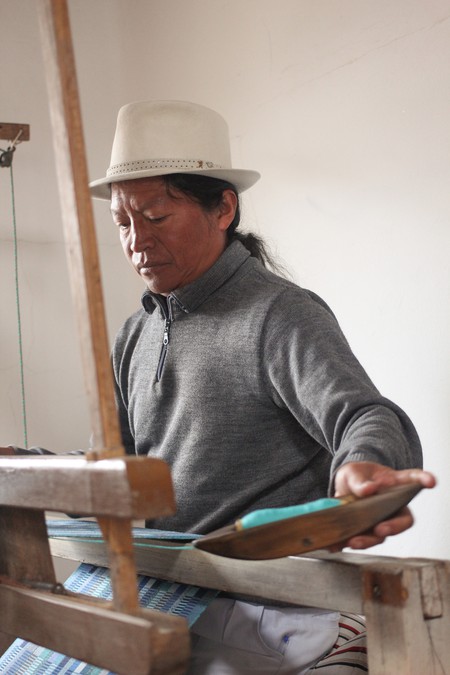 The textile capital of Otavalo is famed for its craftspeople and daily market where visitors browse stalls selling artisanal handicrafts. The Ecuadorian tradition of weaving and exporting textiles dates back centuries. The Spanish arrived in 1532 to find a thriving textile industry, and during the 50 years they ruled Ecuador, they forced the Andean craftspeople to weave day and night.

However, the Spanish also introduced sheep and new textile technology like treadle looms and spinning wheels that later enabled the weavers to grow their independence, gain respect and maintain their traditions well into the 21st century. 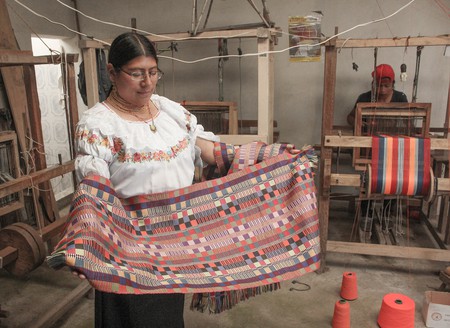 Though it’s not common for women in Ecuador to weave, Mercedes Farinango learned the craft | Courtesy of the Farinangos

Many sellers today are still part of the Kiwcha indigenous group in Ecuador, including Jose Luis and Mercedes. Jose Luis wears the traditional fedora and braid (called a shimba), and Mercedes wears an intricately embroidered blouse with a dark skirt and gold jewelry.

“I was adopted by a family of weavers,” says Jose Luis. “There wasn’t much education for indigenous people, and my formal education only included basic elementary school. Weaving was the family business. The first thing I learned how to do was make a simple belt when I was around five years old.” 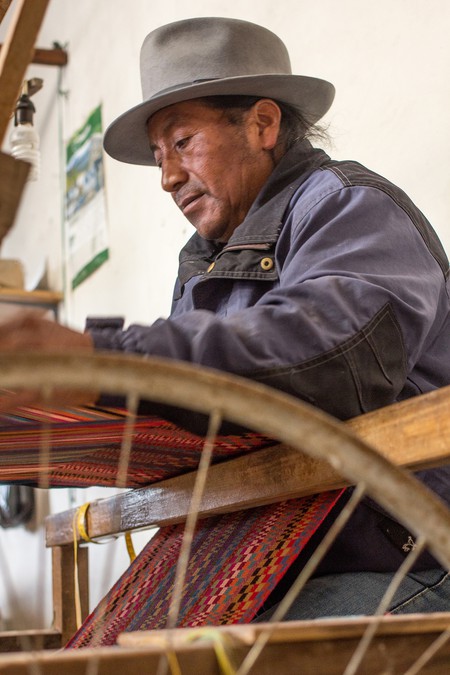 Mercedes says her father was also a weaver in a similar tradition. Her parents wove blankets, and she was always interested in learning more.

The Farinangos still use the traditional wooden looms rather than the newer electric versions that some of the other weavers use. Mercedes thinks this creates a superior product, explaining, “People come to us and say, your textiles are higher quality than others in the market.”

In typical Ecuadorian tradition, women spin yarn rather than weave. But Jose Luis taught Mercedes his family’s weaving traditions, and now she weaves, too. She says it’s a full body workout. “You move your feet like piano pedals and your hands work the upper part [the shuttles],” she says.

“You have to measure out the right amount of thread,” adds Jose Luis. “The thread is wound around a large cone.” He demonstrates by pulling an arm’s length of thread from la vena (a cone) and pulling it towards the loom that’s at least five feet (1.5 meters) tall. He tells us that setting up the loom is a process that takes around four or five hours. 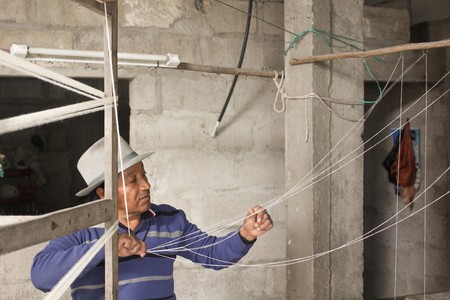 Once the loom is threaded properly, they’ll weave custom orders like table runners and pillow cases, or craft camera straps and tote bags for sale to the US.

They also hand-dye some of their yarn, which is a mix of alpaca wool and acrylic fibers, using natural products like shells. “Our customers say our dyes hold fast,” says Mercedes. 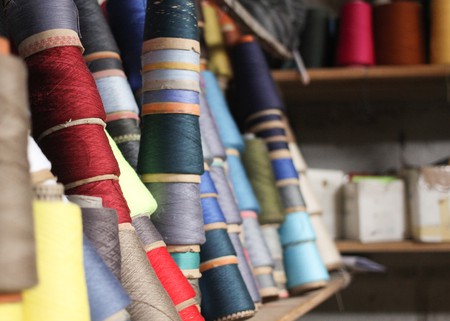 The yarn is made of alpaca wool and acrylic fibers, which are hand-dyed | Courtesy of the Farinangos

These days, the Farinangos live and work in a cozy compound just outside of Otavalo. They have two workshops next to their home, surrounding a courtyard complete with roosters. They cultivate food crops like corn, beans and other staples of the traditional diet. They even have an assistant who helps with the weaving. 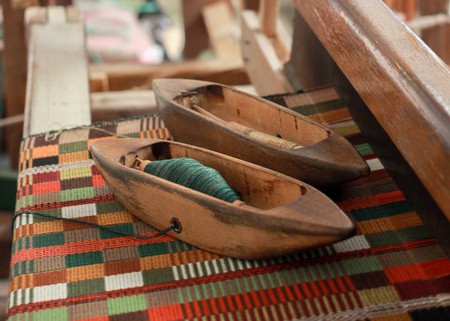 In Ecuador, women traditionally spin the yarn | Courtesy of the Farinangos

The Farinangos have two young children, a son and daughter. The couple have been teaching some weaving techniques to their son, the older of the two.“We hope he’ll come to love it as much as we do,” says Mercedes. “We want to pass on the traditions of our culture and hope the children will want to learn.”

It’s clear the Farinangos love what they do and sharing their culture with the world. “We work hard to promote our work,” says Jose Luis, who looks at his wife, and they both beam with pride. “I hope I can continue working for the rest of my life.”