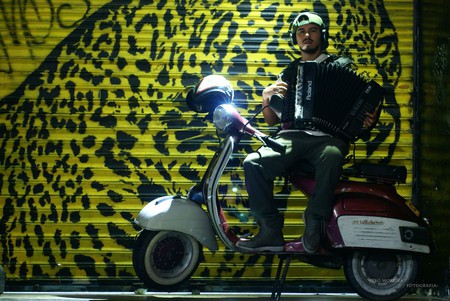 The crowd grows impatient. As the DJ set goes on, many people wearing traditional ponchos – now back in fashion – demand that Nicola Cruz come on stage. The old warehouse, located in the trendy Floresta neighborhood in Quito, resonates with the pride the public feels at seeing this Ecuadorian DJ and producer, who manages to mix traditional Andean melodies with electronic music. Cruz takes the stage and the crowd grows wild.

This scene would have been unthinkable in Ecuador just 10 years ago. In many countries in South America, the heterogeneous mestizaje (‘mixing’) process has brought a painful identity confusion and a constant questioning for many Ecuadorian mestizos (those of mixed heritage), who make up the majority of the population.

It is common for visitors to Ecuador to observe either a shift towards embracing colonization and Spanish heritage, or towards rejecting it. It all depends on whom you talk to, and you find people at both ends of the spectrum, but what’s clear is that mestizaje has not been an easy journey, and it sometimes seems as if Ecuador has missed out on some of the endless potential that mestizaje brings.

That’s when artists and musicians come into play. For the last few years, music has been at the forefront of trying to change this, one concert at a time. DJ and producers such as Nicola Cruz, Quixosis, Ataw Allpa and Lascivio Bohemia have been able to bring sounds that were shunned by many into clubs around the region, and tap into the potential that this rich musical heritage has in building bridges in a country as diverse as Ecuador.

It’s remarkable, especially when one considers that countries such as Mexico and Argentina developed their musical industries early on, and have supportive audiences as well as sensible policies and funding from the state that have enabled their cultural heritage to be preserved. These countries – as well as Colombia – have become a referent for music in Spanish-speaking Latin America. Ecuador has had a lack of cultural policies and an oblivious audience that is just waking up and turning inward to feast on the music heritage that this Andean nation has to offer.

“Culturally, we’ve had a strong influence from Argentine music. As a cultural referent, you either listened to North American music that made its way through Mexico, or you listened to Argentine music. And we created this dichotomy in which you are listening to North American music or Argentine music only,” says Ataw Allpa, a DJ and producer who has taken on the music scene in the region with his accordion. Ataw Allpa is Ecuador-born with Colombian roots, has lived in Brazil and Argentina, and has immersed himself in the history and influence of traditional beats and the richness this bring to mestizo culture.

Cumbia, a regional rhythm born in Colombia, has taken a digital twist, with artists from Sweden jumping onto the wagon. “If it was not for Mexico, Cumbia would not survive today,” says Ataw Allpa, pointing out that the back and forth of this sound travelling around Latin America has also been part of the ongoing bridge-building for this ever-evolving musical identity. “Then Argentina added a few twists, and we now have a big digital cumbia scene, in France and Germany.”

Migration has played a big role. Cruz is of French descent, and Ataw Allpa has lived all around the region. All these factors come into play, along with their personal experiences, and their collaborations with other artists or with the Argentine record label ZZK. Artists such as Alex Alvear, Mariela Condo, and Ivis Flies, among others, have played a key role in developing the industry. 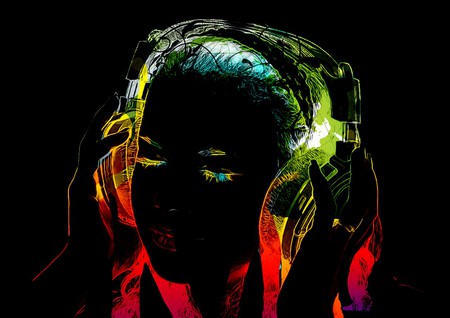 These producers are building bridges, and the crowds cheer them. For many mestizos, for the first time, they feel that they can identify both with the melodies that their grandparents play at their Sunday lunches and the music they dance to in clubs. By reinterpreting and bringing these sounds to a growing nightlife scene in Quito, they’ve created a happy medium for many, so they no longer feel they are lost on both sides of the music spectrum.

But in doing so, they want to respect the heritage this music brings with it, and bring to light the creators of the music, who are often indigenous Afro-Ecuadorians who have suffered years of discrimination by mestizos. “What’s the point of someone going into a concert with a poncho, but using offensive words for an indigenous person right outside the gate?” says Ataw Allpa.

Look up these artists, and if you come to Quito, make sure you get to see them. Ecuador has finally unleashed its potential and is contributing to the musical world. Ecuador is part of a constant Latin American dialogue, re-appropriating its roots and creating new sounds. People relate to these sounds because of the mix it brings to our ears. These artists are committed to this ongoing search for new sounds, and it’s not a trend; it’s here to stay.