Ecuador is a land filled with rich cultural and historical attractions, all set within an astounding backdrop of natural wonders. Whether you’re exploring the presence of religion in Quito’s iconic churches, or researching the theory of evolution in the Galápagos Islands, the country provides something for everyone. 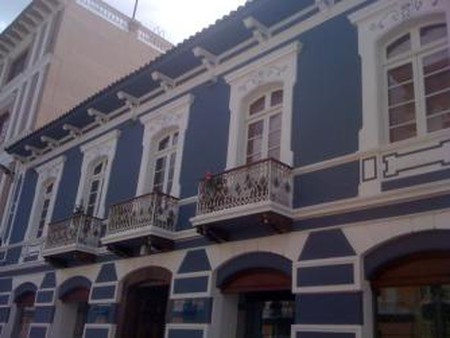 When visiting Ecuador, travelers should be sure to experience the magical Old Town of Quito, which UNESCO named as a cultural heritage site in 1978. The city is laid out according to Spanish planning requirements, with the central plaza at the heart of the community. At 10,000ft and mere twenty-two miles from the Equator, Quito is quite simply breathtaking. The area is surrounded by masses of natural beauty, such as volcanic mountains and white-capped peaks with a backdrop of lush forest hills. Religious buildings border the Old Town, including the oldest cathedral in South America. The charming colonial houses in the center of the town are some of the best-preserved in the country complete with traditional balconies. They can be found on an alley called Juan de Dios Morales or La Ronda. Historical tours of several of these homes are available. Of particular note is Casa de Sucre, the home of national hero José de Antonio, who battled for Latin American independence. 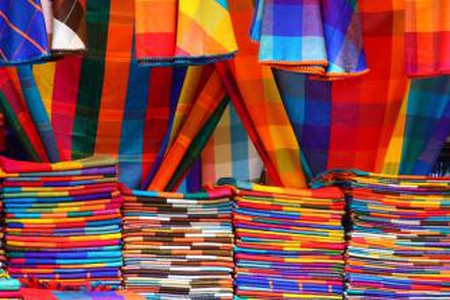 Otavalo is situated in the Andes two hours north of Quito, at an altitude of 2500 meters, and has a population of about 40,000. Otavalo Market is famous throughout the world for its exceptional arts and crafts. The indigenous weavers from the villages around Otavalo are among the most talented in Ecuador, and even South America. The history of the textiles goes back to the days of Spanish conquest, when land around Quito was granted to various colonials who would employ the Otavaleño Indians, already skilled weavers, as the workforce. Today the Otavaleños have diversified their techniques with weaving methods from Scotland and other far flung locations. A world-wide market has been created for their textile products, especially the luxury Otavaleño cashmere. On Saturdays, many visitors plan an early morning trip in order to capture the animal market. This is a unique opportunity to see many animals on sale, such as cows, horses and even llamas. 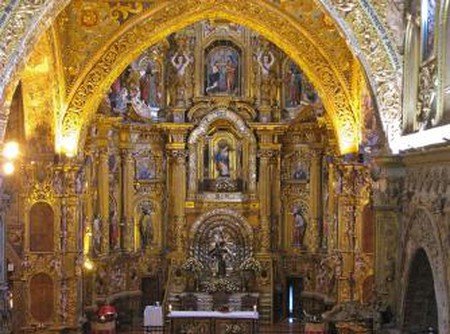 The San Francisco Church is the most imposing building with the largest amalgamation of architectural features in Quito. It is at once a temple, a series of chapels and a convent, and is one of the best examples of sixteenth century architecture extant in South America. Built in 1535 by Spanish colonisers, it is the oldest of its kind within the city. Its construction over the foundations over an Inca temple also adds to its imposing status as the cultural and spiritual centre of Quito. As one enters the Baroque-styled church, they are welcomed with images of the sun, which were originally included for the purpose of attracting native people to Christianity. The angelic designs that adorn the walls feature native inhabitants of Ecuador, in another conscious attempt to mix native and Catholic imagery to convert the indigenous population. 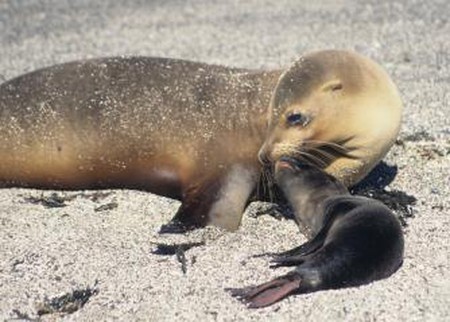 Located approximately 1000 kilometres from the South American continent, this collection of nineteen islands and the surrounding marine reserve has been described as a unique ‘living museum and showcase of evolution’. The site is situated on the Galápagos Submarine Platform, which consists of about 120 islands. The larger islands are Isabela, Santa Cruz, Fernandina, Santiago and San Cristobal. Situated at the confluence of three ocean currents, the Galápagos are a ‘melting pot’ of marine species. The on-going processes of seismic and volcanic activity, along with the extreme isolation of the islands have lead to the development of unusual animal life. The Galápagos Islands inspired Charles Darwin’s theory of evolution by natural selection following his visit in 1835. Many noteworthy species have been discovered here, including the Galápagos penguin, the Galápagos hawk, thick-billed flycatcher, Floreana mockingbird and the Galápagos dove. 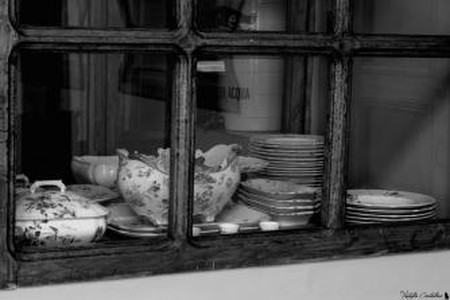 One of the most unique sights in Ecuador is the Casa Museo Maria Augusta Urrutia, a fascinating part of the country’s national heritage. Located in the historic center of Quito, the abode belonged to Maria Augusta Urrutia, a distinguished lady from Quito’s high society in the 20th century. In the house/museum, there are everyday objects dating from the 19th and early 20th century which were used by Quito’s aristocracy. The Casa provides an exciting glimpse into Maria Augusta’s colorful life, as well as the many luxurious furnishings and decor of this esteemed resident. Along with original art spanning a period of many decades, there is also an extensive collection of fine French porcelain and beautiful silver dinnerware. Guided tours are available and provide the visitor with many fascinating details about Maria Augusta’s life and character. 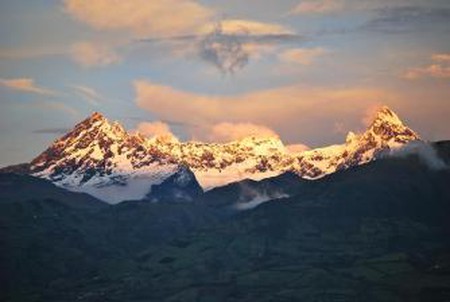 Located in the Cordillera Oriental region of the Andes in central Ecuador, Sangay National Park illustrates the entire spectrum of ecosystems that are to be found in this South American country. Ranging from glaciers to tropical rain forests, there are striking contrasts between the snow-capped peaks and the forests of the plains. Three landscapes of alluvial fans, eastern foothills, and the High Andes dominate the skyline. Listed as a UNESCO World Heritage Site since 1993, the site includes two active volcanoes, making for an exciting excursion. Travelers also have the opportunity to hike along the El Altar volcano, which is no longer active. Bird lovers will especially enjoy the National Park, as it is home to between 300-400 species, including the condor bird. In addition to the many birds, rare species such as spectacled bears and mountain tapirs roam the grounds freely, and fortunate hikers may be able to catch a glimpse. 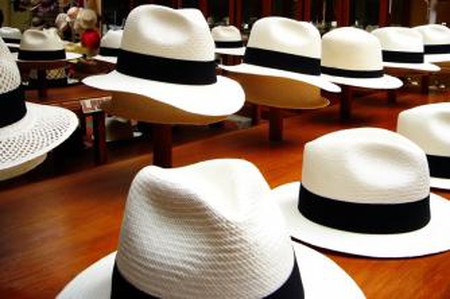 Ecuador’s third largest city is famed for its distinctive food and colorful festivals. Due to its rich history and state preservation, it is one of Ecuador’s three UNESCO World Heritage Trust sites. Founded in 1557, Cuenca was not connected to the rest of Ecuador with a paved road until the early 1960s, a fact that has helped preserve both its heritage and stunning architecture. The historic center of Cuenca reveals cobblestone streets, towering cathedrals and marble and whitewashed buildings with a distinct colonial air. Cuenca was also an important Inca site, and the stones from the Inca ruins built the colonial houses. The Tomebamba River divides the old city from its newer part. For a Cuenca experience, make a visit to one of the ten factories that make Panama hats (surprisingly no longer made in Panama). Each hat is made from the leaves of the toquilla palm and the finer the fiber, the more flexible (and expensive) the hat. 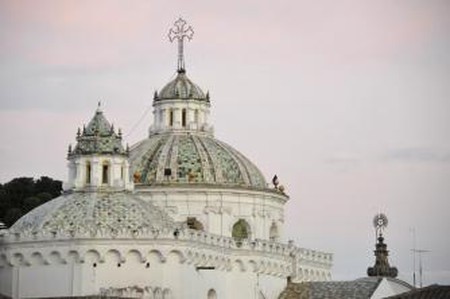 Described by some as ‘the country’s most beautiful church’, La Compañía is among the well-known churches in Quito due to its large central nave, which is heavily adorned with gold leaf, gilded plaster, and woodcarvings. Inspired by two Roman Jesuit churches, the Chiesa di Sant’Ignazio di (1650) and Chiesa del Gesù (1580), it is undoubtedly the capital’s most ornate church. The church stands as a lasting example of the extraordinary artistic ability of Ecuadorian artisans and features gold leaf covered altars and sculptures by Legarda of the Holy Trinity in the main altar, along with Saint Ignacio and Saint Francis in the side altars. The building of this colonial gem began in 1605 and was completed in 1650. It has undergone extensive restoration, both structural and artistic in its entire 4500 square meters. The illuminated interiors especially have drawn specific emphasis to the forty-four paintings and fifty-six sculptures by the Quito School of Art. Among the most important paintings are those of the central columns depicting the Final Judgment and Hell at each side of the entrance. 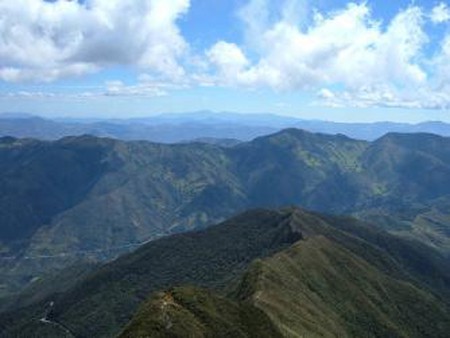 In the southeastern region of Ecuador, you will find the 360,000-acre Podocarpus National Park, home to over 3,000 species of vascular plants, hiding breath-taking natural beauty. One hectare of this amazing natural space can be home to as many as ninety species of tree. The Podocarpus has the highest biodiversity that you can find in any one contained area, and many endemic species of flora and fauna unique to the park are present due to the high range of elevation, ranging from 1000 to 3690 meters above sea-level. The park is made up of two primary areas: the upper pre-montane section with tropical cloud forests and the lower subtropical section. There are also vast spaces of virgin forest containing three specific species of the genus Podocarpus. Throughout Ecuador, many birds face the danger of extinction, but in the Podocarpus, they are seen in healthy numbers. An example of these rare birds is the coppery chested jacamar, the bearded guan and the Peruvian antpitta. Keep your eyes to the sky and you’ll also spot some of the 260 different types of spectacular butterflies, and 1200 moth species. 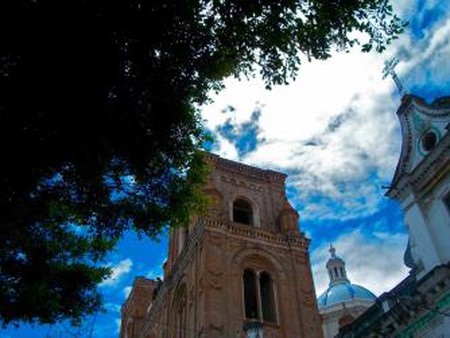 One of the newest cathedrals in Ecuador, the Catedral Nueva or ‘The New Cathedral’ is an iconic religious symbol representative of the capital city of the Azuay Province. Its location in Cuenca corresponds to the centrality and power of religion, as it occupies a large amount of space on the west side of Cuenca. Its presence can be seen from all angles of the city and the surrounding area. It is dated from 1882, and contains rich elements of gold leaf and stained glass windows, along with marble brought from the Italian town of Carrara. Its most distinctive features are results from mistakes, including the beautiful blue cupola which has become symptomatic with the landscape of the city. It is worth a visit due to its large size. Taking over one hundred years to complete, it is 105 meters long and 43.5 meters wide. The central dome is especially impressive as it stands at a remarkable fifty-three meters in length and twelve meters in diameter.