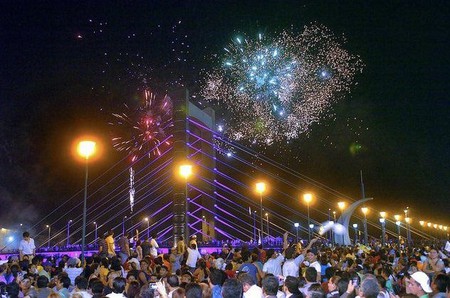 New Year’s Eve in Ecuador is one of the biggest events of the year. Across this modest Andean nation, communities gather to celebrate in high style. Small towns and many big-city neighborhoods take to the streets, set off fireworks, and burn effigies of the old year, all while wearing yellow underwear and eating grapes at midnight. Here’s a guide to help you understand what to expect.

In the days leading up to New Year’s Eve, many streets will be guarded by groups of children or young teens demanding payment for passage. They use a rope or a chain, lifting it high to prevent cars from moving forward. When the driver has paid a small donation, the chain is dropped and the car is allowed to pass. It’s a great chance to offer payment in exchange for a photo. 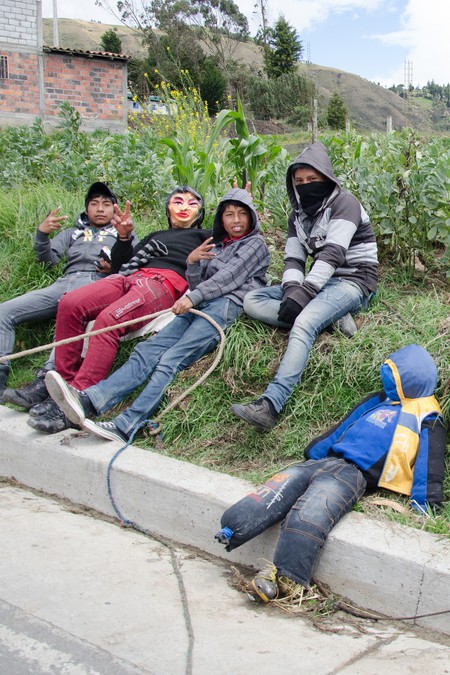 Viudas de Año Nuevo, or widows of the old year, take to the streets in droves. These are always men dressed in drag. They ask for donations, often playing the same game as the kids mentioned above. By and large, they are pushier than their younger counterparts and, by the end of the afternoon, often drunk. 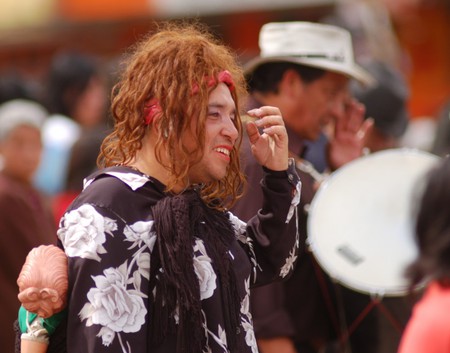 The stalls in many outdoor markets will overflow with yellow or red underwear, from bras to briefs. Ecuadorians wear yellow to signify good luck, prosperity, and productivity, while red represents love and passion.

Year round, people light offering candles in most of the local churches. On New Year’s Eve, the traditional white candle signifying purity is replaced by other colors: blue for peace, red for passion, yellow for abundance, and orange for intelligence.

Making or Buying the Monigote

A monigote is a large doll that signifies all that went wrong or right with the old year. Sometimes families make their own at home, taking old clothes and stuffing them full of straw or other flammable materials. They might buy one of the many papier-mâché masks that are for sale at pop-up vendors and add a realistic-looking face. At other times, families will shop for a readymade monigote, often a cartoon character or a super hero. 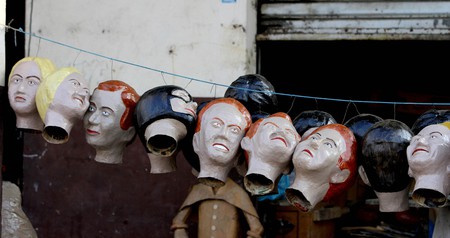 In the past, these dolls were often made to look like local or national politicians. In fact, families would make a doll from used clothing and just add a papier-mâché mask from one of the many street vendors. In recent years, it has become common to find dummies that look like superheroes and cartoon characters. 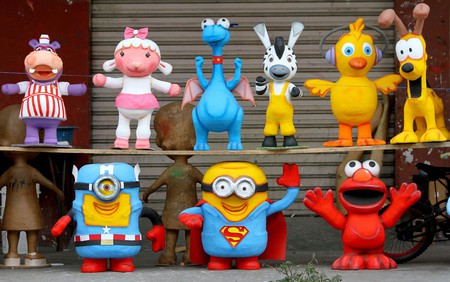 In a few of the big cities, such as Guayaquil and Cuenca, neighbors will come together and build gigantic monigotes. These huge structures are very often well-known politicians, sports stars, or actors. 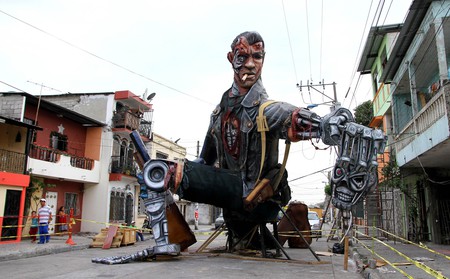 These dolls or dummies are burned throughout the day and night of New Year’s Eve. Daytime burnings tend to take place outside offices and places of work; nighttime burnings are saved for the hours just before midnight.

Many people place messages inside the effigy before burning it. These messages are often a list of bad events or toxic people from the past year. Burning the bad, be it a politician who made poor decisions, or a slip of paper with the names of people who treated you poorly, is a way to start the New Year with a clean slate.

Once the monigote is burning bright and strong, it’s time to jump through the flames and over the ashes, a spiritual cleansing using flame and smoke that harks back to ancient Andean cultural traditions. 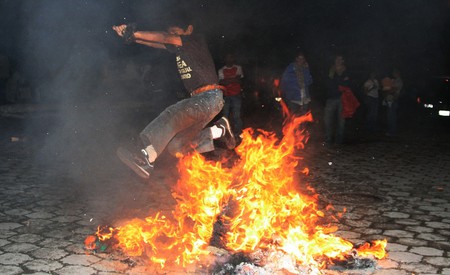 Some traditions originated in Europe, like the eating of 12 grapes, or sometimes 12 cherries, at midnight. According to legend, the grapes represented the 12 tribes of Israel and then the 12 apostles. Today, people associate them with wishes. As each grape is eaten, each person intones “Voy a ser feliz,” or “I will be happy.”

Along the coast, many people dress in white clothing and wade into the Pacific Ocean at midnight. This tradition originated in Brazil, where they toss flowers into the waves in honor of the female goddess of the sea, Yemanyá.

Last but not least, expect fireworks, even in the smallest town! Big cities such as Salinas host a pyrotechnic event and thousands of people gather to watch. But in many cities, each family or small neighborhood sets off its own fireworks, and the skyline in almost any location in Ecuador lights up as if thousands of fireflies have taken to the heavens. Be warned, many accidents happen on New Year’s Eve as a result of people being ill-prepared to light explosive devices. Keep your distance on the streets and enjoy from afar!