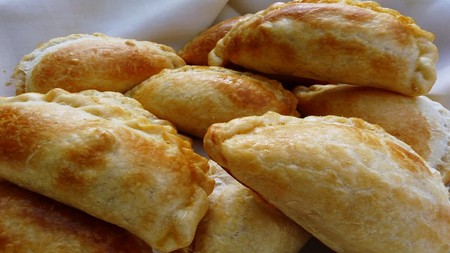 Breakfast in Ecuador can be leisurely, starting with a plate of fruit and a glass of freshly prepared fruit juice, followed by the main dish—some kind of carbohydrate like green plantain topped with a fried egg. The coffee arrives with the main and is often a cup of hot water or hot milk flavored with Nescafé. Or breakfast can be a slap dash affair. While not many Ecuadorians eat on the run, they might look for a quick bite in a small café or family run restaurant. Our list provides a selection of both options.

Whether eaten as a light breakfast in the morning or a snack in the late afternoon, café con humitas is a tradition throughout the Sierra of Ecuador. A humita is like a muffin in texture, but the corn-based batter is wrapped in a corn husk or banana leaf and steamed rather than baked. The humita can be salty (salado) or sweet (dulce). The coffee is generally a cup of Nescafé, though in some more trendy establishments it might be drip coffee (cafe pasado) or espresso. 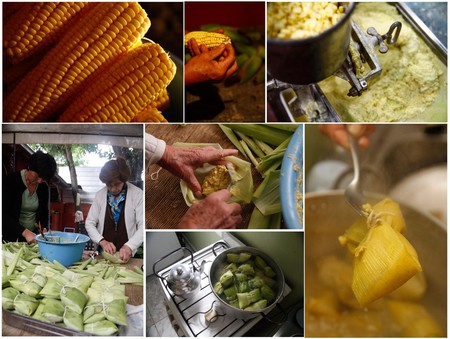 In Ecuador, a colada is a drink that is thickened using a grain, like oatmeal or ground corn. Ecuadorians love to drink colada de avena, better known by the brand name Avena Polaca (Polish Oatmeal). While this drink can be bought in small boxes from the grocery store, it is also sold by many small bakeries (panaderías) and quick-stop markets—look for a large chilled metal vat full of a creamy white liquid the texture of drinkable yogurt. The salesperson will dip ladlefuls into the cup of your choice. This drink is cold, slightly spiced with cinnamon and perhaps nutmeg, very sweet, and is like drinking eggnog without the eggs.

Workmen stop at the local bakeries or small mom-and-pop grocery stores to pick up chicken empanadas as a breakfast on the go. The pastry is flour based and the empanada is baked with a filling of seasoned chicken, a few vegetables like peas and carrots, and half a hard boiled egg.

These deep-fried empanadas are gluten free, their dough made from the green plantain. For breakfast they are usually filled with cheese, but sometimes they can be found with ground beef or shredded chicken. Ask for a side of ají if you like your breakfast spicy.

Tortillas de yuca are small pillow-like croquettes of mashed yuca stuffed with fresh cheese and then pan-fried until golden brown. The combination is magical. Yuca is usually associated with the Amazon Basin, though some restaurants and small cafés in the Sierra also serve this delicious breakfast, often with a fried egg on the side.

Another type of croquette, these tortillas are made with cooked, mashed green plantains and stuffed with cheese, then pan-fried until crispy on both sides. Green plantains are associated with the coast of Ecuador, though people living in the Sierra have readily adapted and tortillas de verde are easy to find. Often they are not on the menu, but you need only ask.

While many Ecuadorians have no clue what it means to be gluten free, they have been making one of the best wheat-free breads for as long as anyone can remember. The dough for pan de yuca is made from yuca flour, cheese, butter, and eggs. It is rolled into small balls and baked in a hot oven, where the dough puffs up. The resulting roll is crispy on the outside, and chewy on the inside. These delicious rolls are sold at yogurt shops and by street vendors. 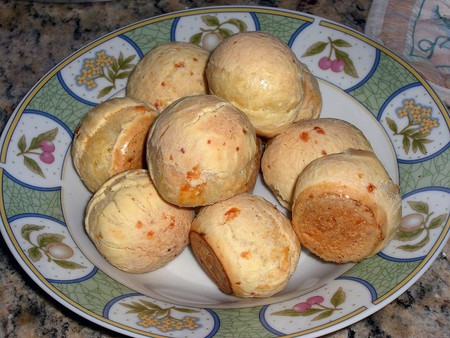 If you find yourself in the region around Cuenca, Ecuador, then you might want to try tamales for breakfast. A corn dough, filled with either chicken, beef, or pork, is steamed in a banana leaf. Tamales in Cuenca are served with black, sweet coffee.

Bolón de verde are dumplings made of green plantain, mashed and seasoned with sautéed onion. They can be ordered in three flavors: cheese, chicharrón (fried pork bits), or mixto (mixed). They can be eaten as fast food on the run, or served with a fried egg in a restaurant. Those with heartier appetites can also get bolón con seco de carne, or a side of braised beef.

Mashed green plantains, cheese, and egg are the simple ingredients of this breakfast casserole. This is a working man’s breakfast, rumored to stick to ribs for hours no matter what kind of manual labor you have to tackle that day. It’s also comfort food to the extreme. 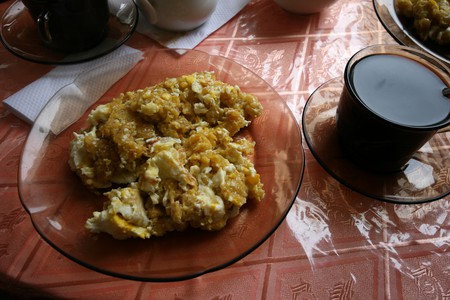 Mote is known as hominy in the Southern United States, and as posole in Mexico. In Ecuador, mote is most often sautéed with other ingredients and served for breakfast, as a side dish for lunch, or as a snack any time of day. The most popular versions are mote sucio (dirty mote)—pan-fried with garlic, onion and spices—mote con chicharrón—add small fried pork bits to mote sucio—or mote pillo—pan-fried with scrambled eggs.

Ecuadorian wet-style ceviches are a common breakfast choice, especially along the coast. If you are concerned about eating raw seafood, consider ordering shrimp or octopus, which are usually cooked before being added to the final dish. 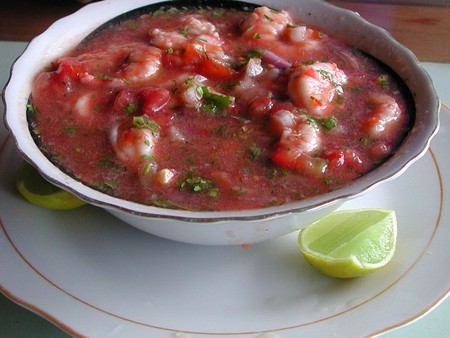 Encebollados are soups most commonly served for breakfast. Made with fish—usually tuna—and onion, and served with popcorn and plantain chips, encebollado is rumored to be a great hangover cure. The best encebollados are found at local markets or mom-and-pop restaurants. 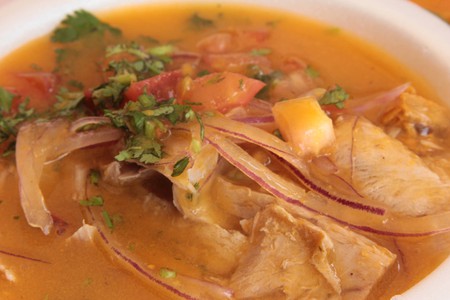