A Local's Guide to La Floresta, Quito's Most Chic Neighborhood 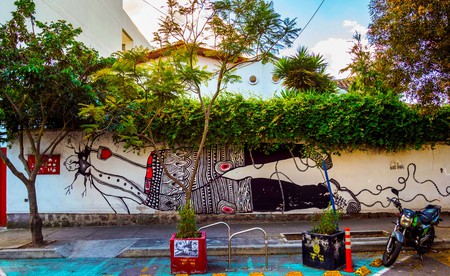 In the last 20 years, La Floresta has developed a reputation for being one of the most beguiling neighborhoods of any city in South America. Discover it for yourself with this guide to the trendiest spot in Quito, Ecuador.

The Spanish named La Floresta owing to the unusually high concentration of wildflowers in the area. Early in the 20th century, prosperous landowners settled here and built mansions in the neo-classical style popular at the time.

More than 70 of these homes remain, side-by-side, which (along with tree-lined streets) are the defining feature of the area. There’s also a town square, a small park featuring an elegant fountain where children and senior citizens gather and street vendors sell their goods.

About 20 years ago, however, due to its attractive nature and low cost of the area, a community of artists and writers began to settle here. The resultant mix of classical homes and avant-garde art galleries, plus the large murals painted on the sides of buildings, enhanced the reputation of La Floresta, which began to grow both locally and abroad.

During the day, you can walk past the old mansions and new wall murals while enjoying the variety of galleries, restaurants, pastry shops, clothing stores and creatively designed cafés. At night there are jazz and dance clubs, an elegant movie theater showcasing foreign films, and taverns featuring local artisan beer. Anybody vising La Floresta (Católica and Orellana is a recommended starting point) should consider dropping by the following venues. 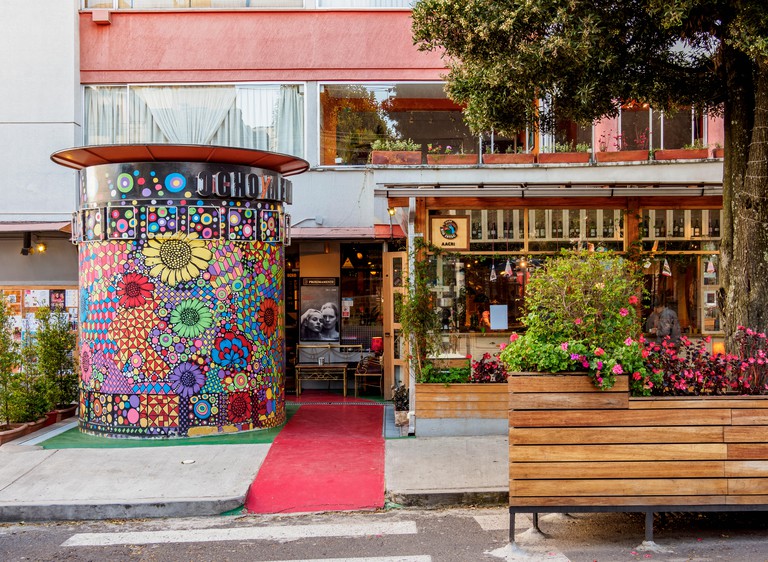 © Karol Kozlowski Premium RM Collection / Alamy Stock Photo
Named after the 1963 film by Federico Fellini, the Ocho y Medio Theater features three film salons of varying sizes plus programs of foreign, alternative, independent, classic and avant-garde cinema. It is one of the most popular bohemian hangouts in Quito, with a restaurant and tavern that operates from midday to evening.

Indulge in a pastry or two at La Cleta Bici Café 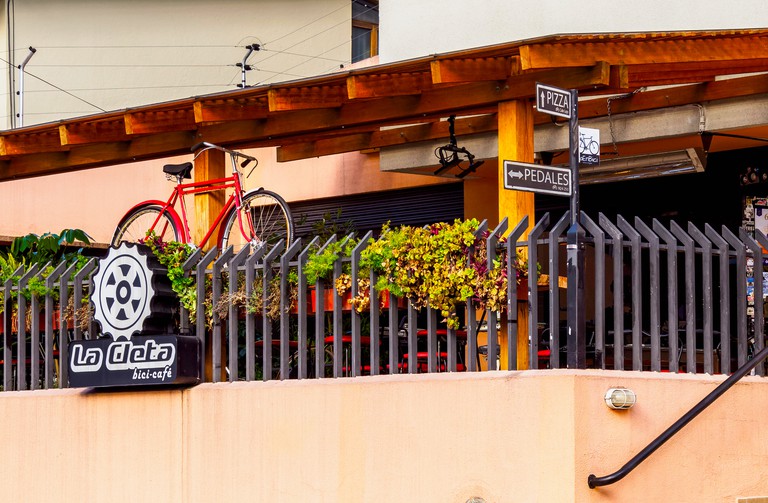 There are many creatively designed pastry and gourmet coffee hangouts in La Floresta, but none are quite like La Cleta Bici, on Guipuzcoa between Sevilla and Cadiz, where all the furniture is constructed from bicycle parts, and where cycling as a theme is highlighted in the decor.

Hunt for fresh produce at the farmer's market 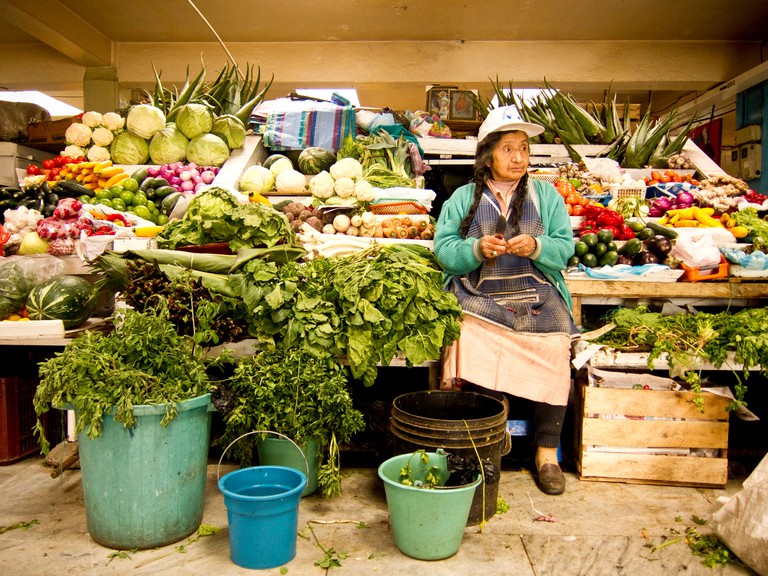 On Galavis between Católica and Andalucia, during daylight hours on Friday, Saturday and Sunday, this is one of the prime locations where local farmers from outside Quito, sell fresh produce. There are fewer better places in the capital of Ecuador to sample the exotic fruits and vegetables grown in the country.

The late Trude Sojka was an exceptional woman with an extraordinary life story. Sent to Auschwitz when the Nazis occupied Czechoslovakia, she lost her child and most of her extended family to the camps. Afterward, she settled in Ecuador and became one of the best-known artists in the country. Her home on Coruña and Toledo, managed by her daughter, is now a museum showcasing a collection of her paintings and sculptures, much of it a haunting reflection of her personal experience during WWII. The rooms also showcase works by local artists.

Enjoy the architecture of the Quito Publishing House

The construction and design of this modern building, home to a local media corporation, has been universally praised by architectural journalists for its fresh modernism and ecologically friendly design. It’s worth a look if you are passing by Mallorca and Guizpucoa, though the interior is not open to the general public, except for the lobby, which has a charming fountain and some appealing sculpture. 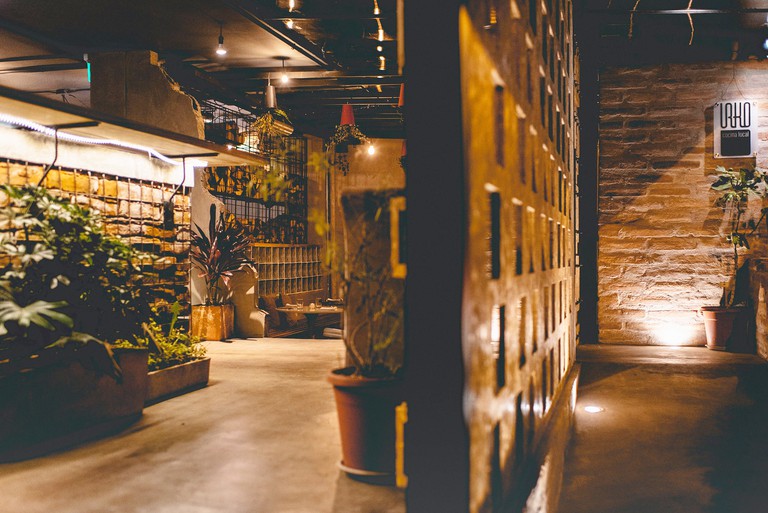 Fine dining meets tradition at URKO, an Ecuadorian restaurant often ranked among the best in the country. Their year is divided into four ryamis (seasons), with a tasting menu for each showcasing the top seasonal ingredients. If you’ve got time, opt for the full experience – an eight-course tasting menu that should take around two hours. If not, there’s the lite experience – five courses that should be all wrapped up in around 90 minutes.

Botánica serves the La Floresta neighborhood with exceptional coffee amid a calm-inducing setup. Order a cup of freshly brewed cafe and enjoy it on the covered patio, perhaps with something sweet from the snack menu. The team also runs Cafe en Casa, a workshop that aims to demystify the basics of coffee and the art of making a good cup. You’ll need to message Botánica or check out their website to find when the next sessions are being held.