A Guide to Discovering the Different Wildlife in the Galápagos Islands 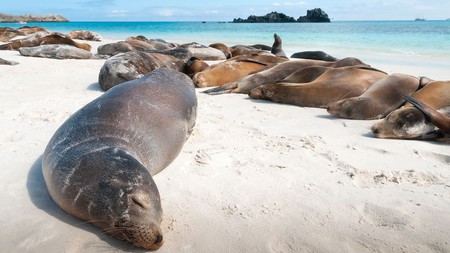 The Galápagos Islands, a province of Ecuador, are home to creatures that you won’t see anywhere else on the planet. Blue-footed boobies, giant tortoises, marine iguanas and many, many more wildlife species can be found across the 13 major islands and six smaller ones that make up the Galapagos. This list features some of the species that you’ll see on most of the islands, and some that you can only spot on one or two.

Want to get fast-tracked to all the best wildlife-watching spots on the Galápagos? Join our very special five-day adventure to be led around the islands by a dedicated Local Insider, and the chance to stay in nature-immersed camps.

The Galápagos Islands are famous for their birdlife. If you look hard enough, you’ll find over 40 different kinds of seabird, some 30 different types of shorebird, around 20 species of waterbird and 13 sub-species of Darwin’s finches. Below are five of the most famous bird species seen on the islands. 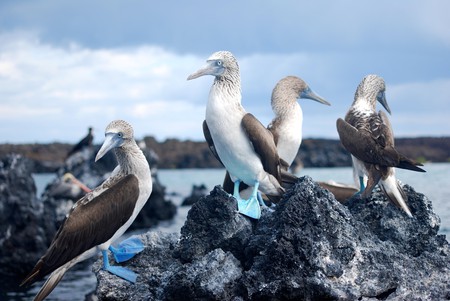 Blue-footed boobies are not hard to spot, and may even dance for you | © EyeEm / Alamy Stock Photo

These funny little creatures have become icons of the Galápagos Islands, and they’re not hard to spot. If you’re lucky, they may even dance for you. It’s easy to spot the nests of the blue-footed boobies – also called Los Piqueros de Patas Azules – because they’re always on the ground.

Where to find them: North Seymour, San Cristóbal and Española 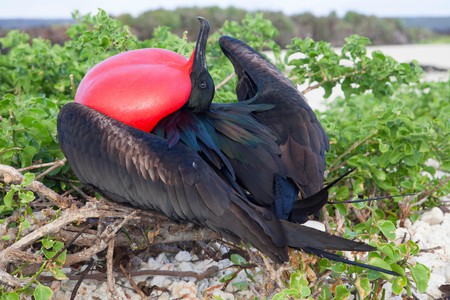 Magnificent frigatebirds have an incredibly large wingspan and can spend days soaring in the sky. They also steal food from other birds, a trait that earned them the nickname pirate birds. The male has a large red throat pouch that inflates during breeding season. At North Seymour, you can see frigate babies, eggs and juvenile frigatebirds.

Where to find them: North Seymour, Isabela and San Cristóbal

The Galápagos Islands are home to the second-smallest penguin species in the world – and they couldn’t be cuter. Hop on a coastal tour to see these fluffy birds soaking up the sun and jumping from cliffs into the water.

Where to find them: Isabela, Bartolome and Fernandina 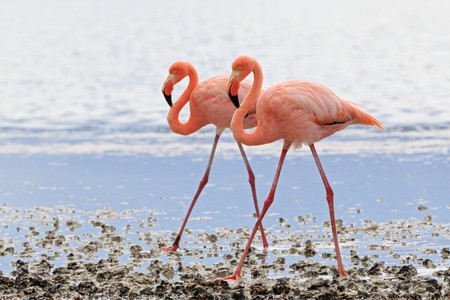 Galápagos flamingos are known for their more vividly pink appearance than European flamingos. This is due to their diet of brine shrimp, which – like their European cousins – they catch by dipping their long necks under the water.

Where to find them: Isabela, Rabida, Floreana, Santiago and Santa Cruz 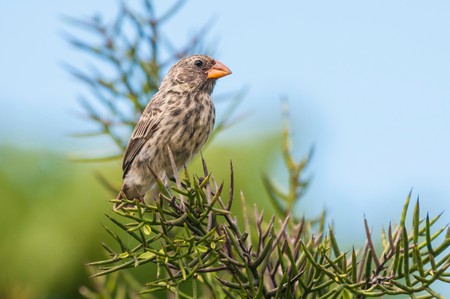 To date, 13 subspecies of finch have been recorded on the Galápagos Islands. Charles Darwin discovered these birds on the islands during the second voyage of the Beagle and noted that they were different from island to island. The small island of Daphne Minor is dedicated to scientific research of finches and for this reason is off limits to tourists.

Where to find them: Most islands

Most people tend to associate the Galápagos Islands with larger-than-life reptiles, and for good reason: 28 different species of reptile are found on the islands, from the docile giant tortoises – another iconic resident – to marine iguanas and the less easily spotted land iguanas. 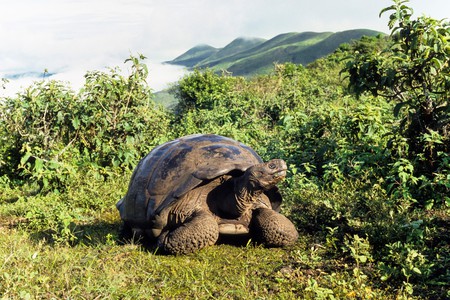 The chance to see giant tortoises tends to be one of the main reasons why people travel to the Galápagos Islands. Many live to a ripe old age – some are thought to have lived up to 120 years – and it’s fascinating to watch them walk and (in the most scientific sense) mate, on account of how slowly they move.

Where to find them: The Charles Darwin Research Station in Santa Cruz, the Reserva El Chato on Santa Cruz Island, the Galapaguera de Cerro Colorado on San Cristóbal and the Arnaldo Tupiza Breeding Center on Isabela 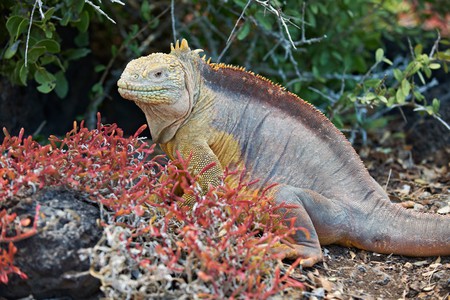 Land iguanas are not as commonly seen as the marine iguanas. They are usually yellowish-orange in colour and have a pointier nose than their marine counterparts. They have powerful hind legs with sharp claws on their toes, but don’t worry if you stumble upon one unexpectedly – they are primarily herbivores and do not attack humans. These large cold-blooded reptiles have a curious but seemingly mutually beneficial relationship with Darwin’s finches, which can often be seen sitting on their backs, picking ticks from between their scales.

Where to find them: Santa Cruz, North Seymour, Isabela, Fernandina and Baltra 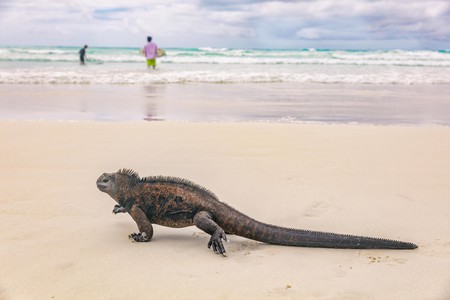 These marine iguanas are endemic to the Galápagos Islands, and the only lizard in the world with the ability to live and forage underwater. There are six very similar subspecies, each from different islands, with those from Isabela and Fernandina the largest. The adults are black for most of the year, but the males change colour during the mating season. Near Española and Floreana they are most colourful, turning bright green and red; while on Santa Cruz they are red and black; and on Fernandina they become dull green and red.

Where to find them: Santa Cruz, Isabela, North Seymour and Fernandina

There are some 32 different species of mammal recorded in the Galápagos Islands, with sea lions very common throughout the area. You can also find two types of dolphin, blackfish, sperm whales, bats, rats and whales. 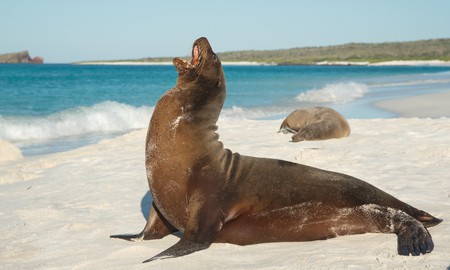 As with marine iguanas, you can find them pretty much everywhere, especially on Isabela, Rabida, Santa Fe and Santa Cruz. Curiously, these mammals are visible where you would least expect it; check under a bench before you sit on one, or next to a rubbish bin before dropping litter into it – these are favourite land-based hang-outs for these creatures.

Where to find them: Almost everywhere 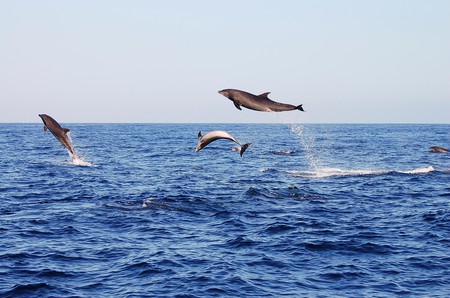 The best time to spot dolphins is between June and October. The most common type of dolphin to see in the Galápagos Islands is the bottlenose dolphin. These live in large pods, which makes them easier to spot from a distance, and the largest dolphins can jump nearly 2m (6ft) into the air.

Where to find them: Everywhere, especially near boats

You can also find humpback whales and Galápagos sharks, which – although fearsome-looking – are highly unlikely to attack humans. So if you’re snorkelling and happen to see one swimming nearby, try not to panic!