8 Reasons Why You Should Visit Salinas, Ecuador at Least Once in Your Lifetime 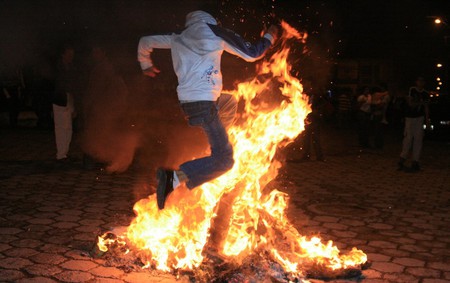 From the international airport in Guayaquil, it is a mere two-hour drive to the coastal resort town of Salinas, Ecuador. It makes a great home base for exploring the sandy beaches of the Santa Elena Province, while having access to quality accommodations, excellent restaurants, and easy transportation. And there are so many reasons to visit.

Discover the best beaches on the Ecuadorian Pacific Coast

Many of the best beaches on the Pacific Coast of Ecuador are located in or near Salinas. From this resort town, it is easy to find a hotspot for sunbathing, a break for great surf, or miles of sandy beaches simply for beach combing. While the majority of well-known spots are further to the north towards Montañita, lesser-visited beaches can be found to the southeast and are easily accessed by back roads. 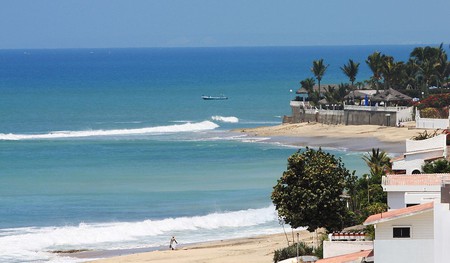 The beach in salinas | © Bonsairolex/WikiCommons

Salinas is home to a few fine-dining establishments and even more mom-and-pop restaurants with tasty home-cooked meals and absolutely delicious seafood. Whether you love Ecuadorian-style ceviche or langostinos on the grill, the catch of the day is likely to come from the nearby fish market in Libertad, fresh from the Pacific Ocean. 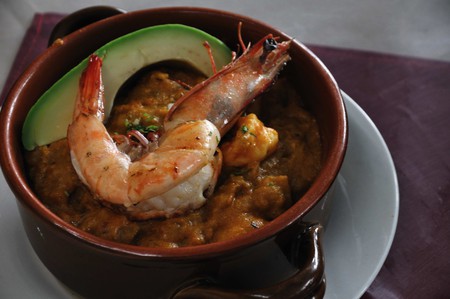 Salinas is the vacation destination of the President of Ecuador and many other notable politicians, business owners, and celebrities. The President has a vacation home on Playa Chipipe, where the local navy base provides security and some level of privacy. While he can visit any time of the year, the president usually comes for the annual New Year’s Eve fireworks display. 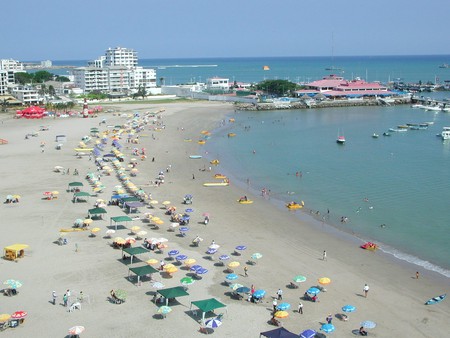 Salinas holds one of the best New Year’s Eve fireworks displays in the entire country. Playa de San Lorenzo and Playa Chipipe provide front row seats to watch the spectacular display burst high above and reflect in the calm ocean water below. During the day, vendors sell yellow underwear, the traditional garb for New Year’s Eve festivities, while many men dress like women, pretending to be widows of the old year. Later in the evening, locals will burn effigies and jump over the flames, an act that symbolizes rebirth and renewal for the year to come, and hundreds more will don white clothing to wade into the ocean at midnight.

Stand on the furthest western point in Ecuador

La Chocolatera is a spit of land that sticks out into the Pacific Ocean, and is the furthest western point in Ecuador. Until a few years ago, this spot could not be visited without special permission for the local military base. Today, just show your passport or other identification at the gate and head on out to see the historic marker and the lighthouse. Nearby, you can visit La Loberia, home to the northernmost colony of Otaria flavescens (the South American sea lion), surf the challenging break at Punta Brava, or enjoy the sunset from the Mirador Puntilla de Santa Elena.

Try your hand at bird watching

Coastal Ecuador is a great place to see many iconic birds of Ecuador, like the blue-footed booby and the magnificent frigatebird. Salinas is also home to a tiny parrot, the Pacific parrotlet, found in the trees on the local navy base, the small rufous-tailed hummingbird, and a migrating colony of Chilean flamingos, which can be seen hanging out with other marsh loving-species like the black-necked stilt, white-cheeked pintails, and snowy egrets at the Lagunas de Ecuasal. 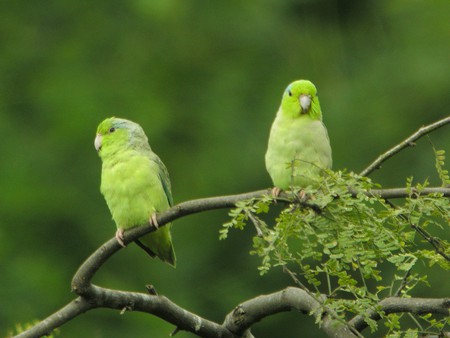 The Pacific Coast of Ecuador is growing in popularity for surfers. While Salinas does not have waves worth surfing directly from the Malecon, nearby beaches like Punta Brava, offer great breaks. A day trip to the famous beach town of Montañita is only a couple of hours away. 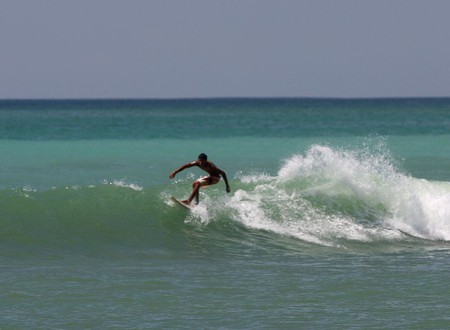 Some of the first civilizations in Ecuador left clues to their origins along this stretch of the Pacific Coast. In neighboring Santa Elena, the Museum of Los Amantes is the site of an ancient burial ground of the Vegas culture, who lived in the region around 9000BCE. And just an hour or so north is Valdivia, a center for archeology finds from the region and the namesake of the civilization that thrived here from 4000 to 1800BCE.