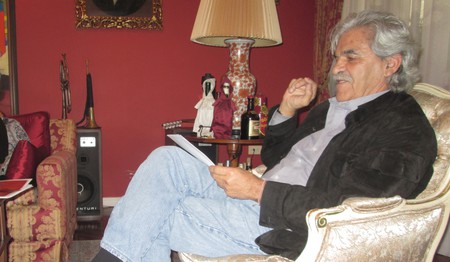 Storytelling in Ecuador extends as far back as the time of the Incas, and when the Spanish arrived, they brought with them narrative forms such as the novel and the short story. Since then, Ecuadorians have created their own literary legacy, with classics such as Jorge Icaza’s 1934 novel, Huasipungo. Ecuador has a number of works from contemporary writers that have earned international praise – take a look at our list of authors whose work has been translated into English and is available to read online for free.

Ecuador’s new Minister of Culture, Raúl Pérez Torres, has been a mainstay of Ecuadorian letters since the 1970, when he published his acclaimed short story anthology, Da Llevando (Carrying). He has since published six additional collections for short fiction, much poetry, and the award-winning novels Musiquero joven, musiquero viejo (Young Musician, Old Musician), En la noche y en la niebla (In the Night and Fog), Ana la pelota humana (Ana the Human Ball). He has also edited the literary magazines, La Bufanda del Sol (‘The Sun’s Scarf’), and Letras del Ecuador, (‘Ecuadorian Letters’). His short story “When I Liked Soccer”, was adapted as a short film by the Chilean filmmaker, Andres Wood, for the omnibus film anthology Soccer Stories.

Here you can read his short story, “When I Liked Soccer”. 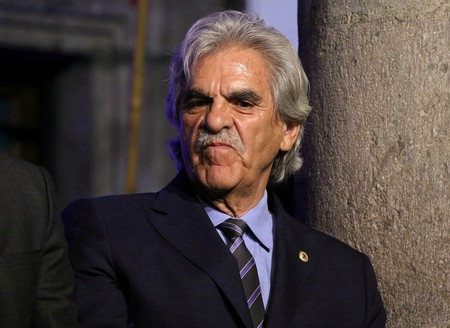 A painter, scholar, and essayist, as well as the author of many short stories, Marco Antonio Rodríguez has produced work that has been translated into many languages. His 1977 anthology of fiction, Historia de un intruso (Story of an Intrusion) won the Best Book Written in Spanish award in the Leipzig Book Fair in Germany

Here you can read his short story, “Counterwind”. 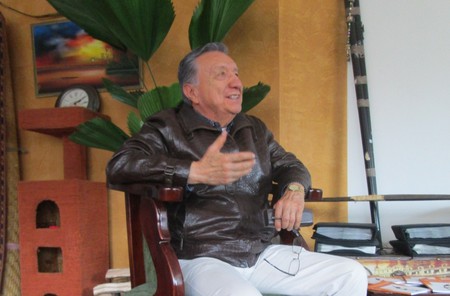 Here you can read his stories, “Final Spells of Vertigo in the Vestibule” and “The Domain of Others”. 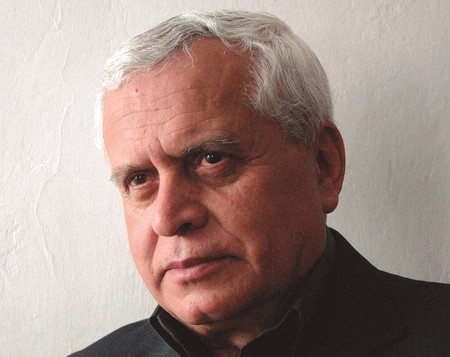 Hailing from the community of Latacunga in the Cotopaxi province, Vladimiro Rivas Iturralde has been based in Mexico since 1973, where he is a professor at the Universidad Autónoma Metropolitana. He has served as an editor for many literary magazines both in Ecuador and Mexico, and has published seven short story collections, as well as two novels, and many volumes of essays. He is also the editor of the English-language anthology of Ecuadorian writing, Contemporary Ecuadorian Short Stories.

Here you can read his short story, “Intimate Visit”. 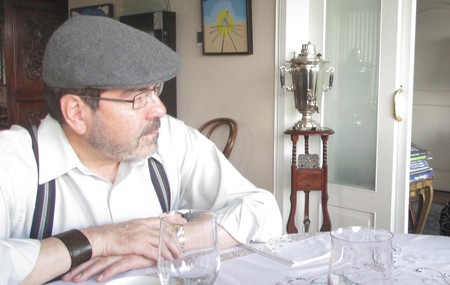 A professor of literature at the Pontificia Universidad Católica del Ecuador, with a background in anthropology, Santiago Páez defies stereotypes about Latin fiction, that it’s all social realism or magic realism, by writing in genres such as science fiction and noir. And with success; his sci-fi anthology Profundo en la Galaxia (Deep in the Galaxy), won the José de la Cuadra award. His 1997 novel La Reina Mara (Queen Mara) was a finalist for the Biannual Ecuadorian Novel competition. His novel El secreto de la ocarina (Secret of the Ocarina) won the Darío Guevara prize. His other novels in include Shamanes y Reyes (Shamans and Kings), and the ecology-theme satire, Ecuatox.

Here you can read his short story, “The Reticent Suicide”. 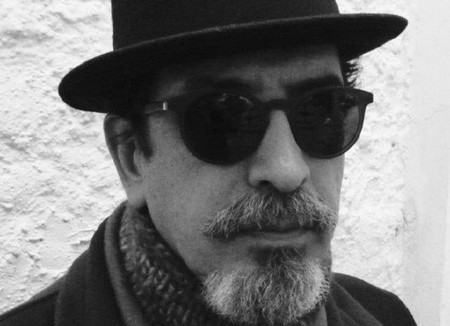 A professor at the Universidad Simón Bolívar in Quito, Raúl Serrano Sánchez is a novelist, journalist, and scholar. His novels and short fiction anthologies have won multiple awards, including the Joaquín Gallegos Lara National Award and most recently the Ángel F. Rojas prize from Guayaquil’s Casa de la Cultura for his novel, Que te desnude el viento (Let the Wind Strip You). He is also the editor of the gay-themed anthology Cuerpo adentro: Historias desde el clóset (The Body Inside: Stories of the Closet).

Here you can read his short story, “Purple Heron of the Night”.

The widow of Nobel-prize nominated author Nelson Estupiñan Bass, and like her late husband, a voice for the Afro-Ecuadorian experience, Luz Argentina Chiriboga is widely admired internationally for her novels, stories, and poetry which explore race, gender, sexuality, class inequality, and the clash of cultures. Her work has also been the subject of many academic dissertations both in English and Spanish.

Here you can read the first chapter of her historical novel, The Devil’s Nose, based on the true story of the Jamaicans who migrated to Ecuador in the early 20th century to work on the country’s railroads. 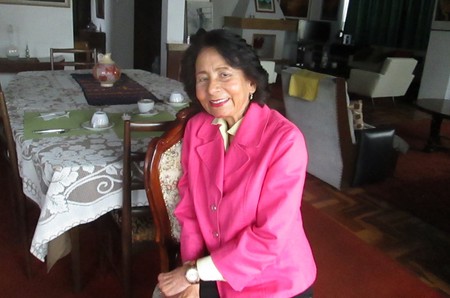 One of the most-honored of all Ecuadorian writers, in the course of his career Abdón Ubídia has produced many plays, stories, and novels (including Sueño de Lobos, which was translated into English and published as Wolves’ Dream), as well as edited many literary anthologies. In 2012 he was awarded the Eugenio Espejo Award, Ecuador’s highest honor for its citizens who have made notable contributions to Ecuadorian culture.

Here you can read his short stories, “The Gillette” and “Advances in Genetics”. 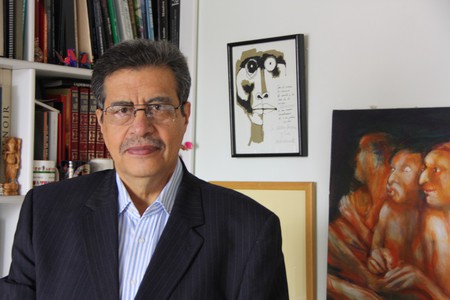