6 Films That Will Teach You About Ecuadorian Culture 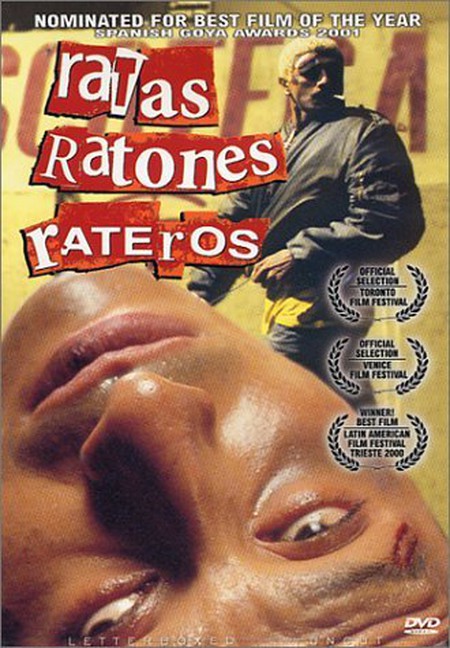 Ecuador is home to a growing movie industry © Wikipedia

Until recently, Ecuador did not have what could be described as a film culture, much less a movie industry. In large measure, this was due to the fact that the cost of production was prohibitive. However, the digital revolution of the 1990s has provided an opportunity for a new generation of ambitious Ecuadorian filmmakers to realize their visions on the big screen and open a window for foreign audiences into Ecuadorian culture. The following six films are especially recommended.

Preceding the new Ecuadorian cinema that began in 1999, this adaptation of a story by José de la Cuadra – one of Ecuador’s most important writers – has the status of a classic. Like the story, the film partakes of the “magic realism” tradition in Latin America, here used to illuminate how women must navigate the harsh sexual politics of a conservative culture.

In his 20s, writer-director Sebastián Cordero returned from the film school at USC and made this dark and gritty, yet compelling take on criminal life in Quito and Guayaquil, complete with an amoral but charismatic anti-hero protagonist. Accepted into multiple festivals across the world, this gave the filmmaking movement in Ecuador a new momentum.

Tania Hermida’s debut feature remains the biggest box office success in Ecuador so far for an Ecuadorian film. A “road” movie, and a gentle comedy, the story focuses on two young women – one Ecuadorian, the other Spanish – on the 458-kilometer (285-mile) journey from Quito to Cuenca when their bus breaks down. The Ecuadorian is in a rush to interrupt a wedding, yet along the way they meet a variety of eccentric locals.

This moody masterpiece courtesy of director Víctor Arregui – based on a novel by Alfredo Noriega – revels in morbid humor in its showcasing of the life of a mortician in Quito, but not without a degree of twilight sadness. The bodies he receives include that of a woman, her husband, and her lover.

Fernando Mieles’ absurdist comedy, inspired by the works of Spanish filmmaker great Luis Buñuel, takes as its theme the racial, economic, and social divisions of Ecuadorian society. Various Ecuadorians from all strata of society are blocked in an airport in their attempts to enter an unnamed European country, and forced to put up with each other in a waiting lounge.

Javier Andrade’s film Mejor No Hablar (de Ciertas Cosas) – “The Porcelain Horse” in English – is a brutal take down on white-collar, middle-class life in Ecuador, in which the illusion of bourgeois stability is continuously undone by sex, drugs, and rock and roll. Even though it didn’t receive the Oscar nomination for Best Foreign Language Film at the 86th Academy Awards, it did make the shortlist.