5 Documentary Photographers from Quito the World Needs to Know

A profession like photography requires not only passion, but to go beyond what meets the eye. These photographers have not only started working in a competitive field worldwide, but also in a country where it is particularly hard to do so. Through their hard work, they are paving the way for other photographers and bringing awareness of certain issues Ecuador faces.

The following photographers overcame a series of obstacles, often going into areas where there is no state presence and, by having a camera with them, taking risks by documenting some of Ecuador’s most pressing issues. They also bring attention to the magic of places in Ecuador beyond the main spotlight of Quito, often showing the country’s diversity and the people behind the folklore and the rich identity this country has.

This up and coming photographer has focused on indigenous women and their plight to keep oil on the ground. Her work, that often takes her to the field in the Ecuadorian highland and Amazon region, can be found in European news outlets such as Spanish newspaper El País. Bravo has found a line of work and has rapidly risen as one of the photographers in the field covering indigenous movements in depth, getting involved with the communities that feature in her work. Her Instagram is an interesting mix of her work and her modelling – she is also a trained dancer – all well documented in her Instagram stories. 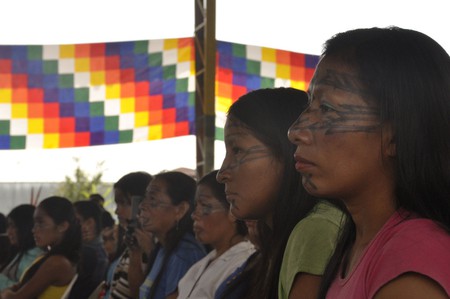 Jácome honed his photography skills in Ecuador’s often neglected areas. His work, Lord of the Mangrove, is one of the best pieces of documentary photography in the country. Lord of the Mangrove is an honest series that combines the beauty of families working on the Ecuadorian Pacific Coast collecting shellfish on the mangroves under challenging circumstances, creating an intersection into beautiful portraits of everyday life while bringing attention to the hardships and neglect this community faces.

Romero became involved in the photography field in Ecuador as a University lecturer and has done long term projects in often neglected communities in Ecuador. Stardust, a project that takes place in the Chota Valley, plays with elements from the environment Romero photographs. Her work has been featured in Buenos Aires, galleries, and open spaces in Ecuador and Mexico, where she has been a guest lecturer. 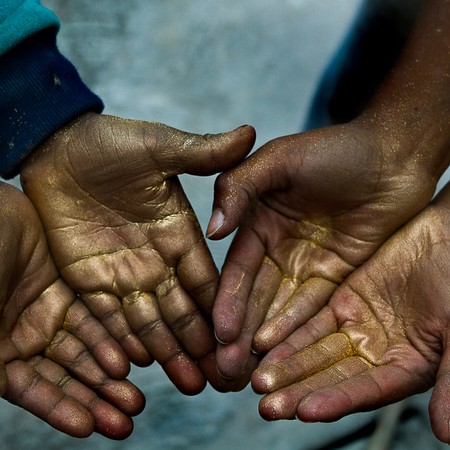 Gachet, an Ecuadorian student in California, discovered documentary photography while living in the U.S. Telling stories through her lens brought her back to explore her country like few photographers, both Ecuadorian or based here, have managed to do. Gachet’s work – recognized by the World Press Photo – has brought everyday life into beautiful stories such as her Quinceanera photo essay – a party similar to the sweet 16 that is a milestone for a 15-year-old girl in Ecuador and throughout Latin America – that captures the quintessential spirit of the communities she photographs whether in Bucharest, Bolivia or across Ecuador. 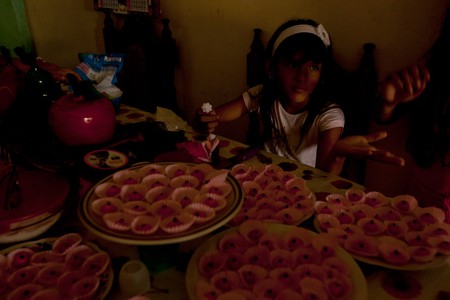 Vallejo is a well-known talent who has the capacity to go beyond what meets the eye and everyday events further than the imaginations of other photographers. By beyond, we mean digging into the community of Puerto Nuevo and capturing the dynamics of an Ecuadorian town located across the river from Colombia that has felt the effects of the ongoing Colombian conflict while hosting large numbers of Colombian refugees. Vallejo’s work reflects the distinctive pace of Puerto Nuevo, a town that seems to hold its breath waiting for change that, despite a peace agreement in Colombia, has seen its share of violence. Through family albums, Vallejo’s book, Al Otro Lado, (“On the Other Side”) is a unique, valuable piece of work that documents a part of Ecuador where the frontier between Ecuador and Colombia dilutes while neglected by both states.