24 Hours in Quito: What to Do and See 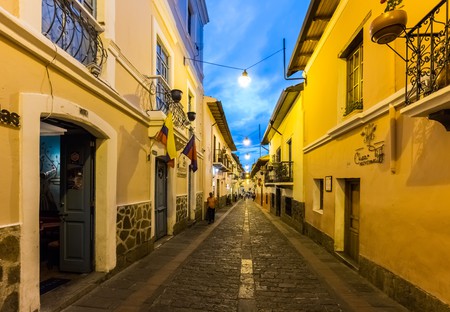 Sometimes you only get to visit a country for hours at a time. Whether it’s a layover in Ecuador, a work trip, or the infamous stopover on your way to the Galapagos – seriously, Ecuador has so much to offer that you should make a few days to visit on your way to or from the Galapagos. Its capital, Quito is home to over two million people and is one of the prettiest cities, as well as one of the least known. But, you are running short on time but want to explore. Here are some suggestions.

Ecuador has a very diverse menu. From highland to coastal regions, every other city has its signature dish. If you are short on time and sitting down to look over a menu in English is more your thing, then Mama Clorinda, located in the Plaza Foch is the place to go. Its Ecuadorian menu ranges from ceviche to guinea pig, and there is a very relaxed atmosphere during the day.

If you are more adventurous, you have a strong stomach and are willing to try very local, staple dishes, then head to the Santa Clara market in between the Mariscal and city center district. Just walking into the market is quite an experience, with its colorful vegetable and fruit stalls, its sellers, the mix of different fragrances and its sounds. This experience will awaken your senses and just walking around will make your mouth water. Must haves in Santa Clara: fruit juice made on the spot, tortillas – potato patties with fried egg and sausage – or for breakfast, plantain patties with a mug of coffee and a fried egg for $1.50. 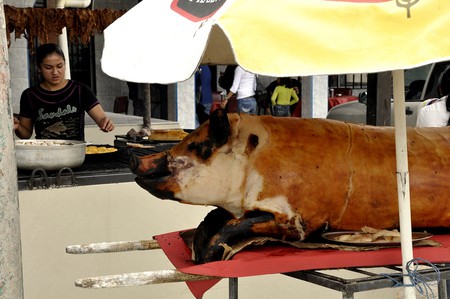 Walk around the historic district

At over 9,000 feet (2,750m) above sea level, walking into this historic district will remind you why this was one of the first U.N.E.S.C.O. World Heritage Sites. Its chapels and churches dotting hills, and its cobblestone streets, as well as picturesque sights are everywhere. La Ronda street, the street of the seven crosses and the city museum are some of the best areas to visit in the old town, but prepare to walk around a bit, maybe stop for a drink at the San Francisco Plaza or for some local snacks at La Ronda. 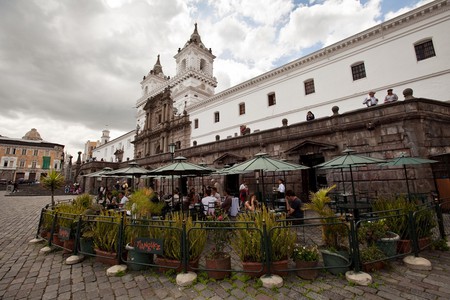 A short taxi ride from the old town can get you to the slopes of Pichincha volcano, with one of the best views of the city. You could go up the cable car and go for a hike around the volcano, or just sit in a quiet spot and relax with the view of the city below. Horseback riding tours around the slope are also available – including wearing a poncho to get your photograph taken, it’s up to you – and there are some llamas around that you can photograph. If it’s a clear day in the city it’s worth visiting this area and enjoy the green area and the views this city has to offer; up in the mountains the city bustle seems far away. 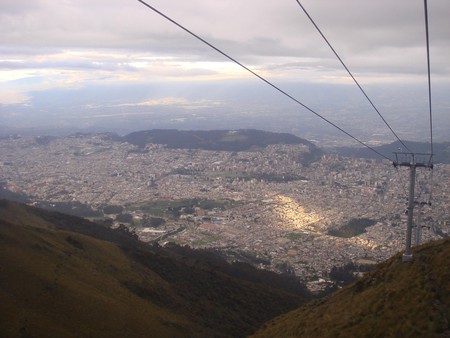 To wrap up the day, a walk around the bohemian neighborhood of Guapulo is a great way to end 24 hours in Quito. Its hills, overlooking Quito’s suburbs and the road that leads to the rainforest, are dotted with artists’ studios and cafés. Café Guapulo is one of the most renowned cafés: enjoy the view from its rustic balcony while sipping a hot chocolate. Watching the sun set from this balcony is one of the best ways to top off a day in one of the highest cities in the world. 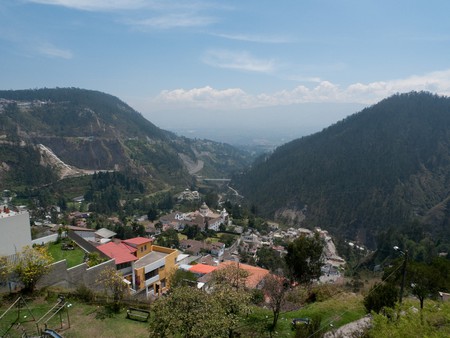