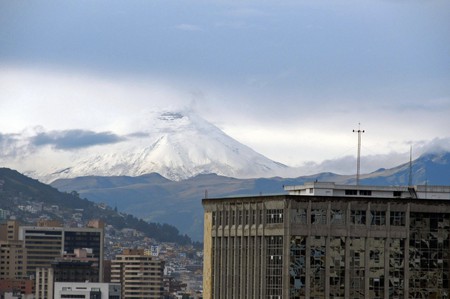 Visitors to the city of Quito, Ecuador, often name a visit to the old town and a taste of guinea pig as the main things they want to tick off their bucket list while they are here. If you’re looking for more than that, here are some of the top attractions Quito has to offer.

A former military hospital, this museum is one of the main places to see some contemporary art in the city. With exhibits from up-and-coming artists, as well as parties, concerts and performances, this place is worth checking out and is located in a beautiful colonial neighborhood. 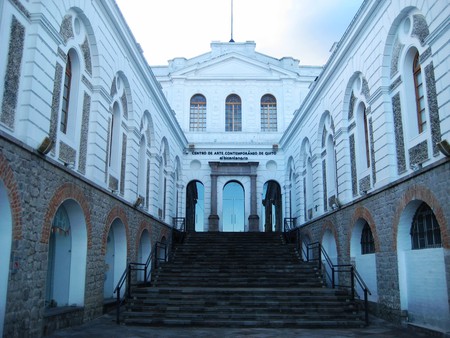 This neighborhood, the hipster epicenter of the city, has quaint cafes dotting the area and is home to many trendy restaurants and artists’ collectives.

A place for astronomy and education, the Military Geographic Institute is often overlooked by tourists, but it has plenty of activities that are worth attending, such as interactive exhibits and screenings.

Quito’s city museum is one of the best museums in the country, and while it focuses on the city, as the name suggests, this former hospital in the Old Town is a gateway to understanding Ecuadorian history through powerful photography and depictions of what life was like in Ecuador’s capital in times gone by. 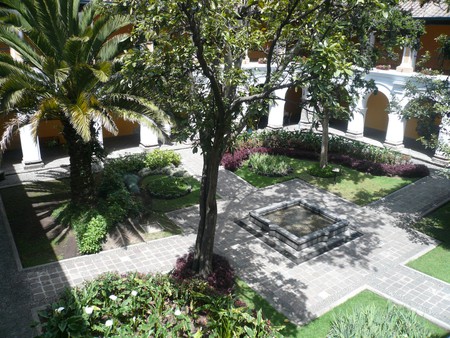 This was the former home of Oswaldo Guayasamin, Ecuador’s most renowned painter. He as an indigenous painter with a political focus, and his legacy lives on in this museum.

This street, with its balconies and colorful houses, is a traditional place to have empanadas and the hot drink canelazo. It’s especially lively on a Sunday morning, when families gather to play traditional games such as hopscotch.

The famous statue of the Virgin Mary that overlooks Quito is a peculiar guardian for the Andean city, and is an impressive site indeed. Walking up the hill is highly discouraged because of pickpocketing in the area, so be sure to take a taxi, and try to visit in the early hours of the morning. 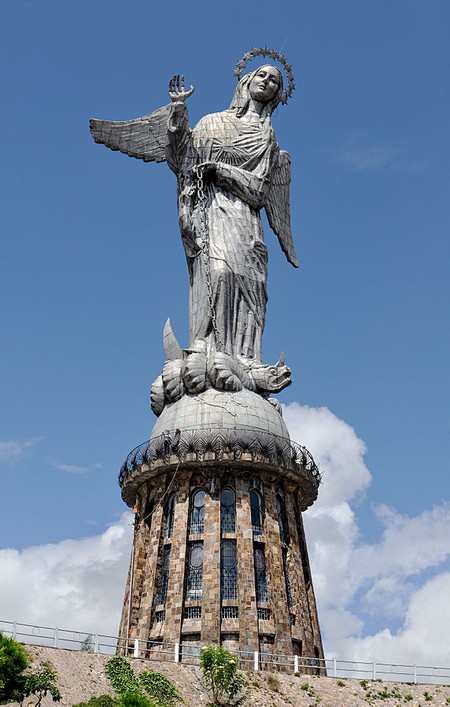 This park, unknown to most people in Quito, is located on Rodrigo de Chavez Avenue, nestled between the hills and the Machangara River. It’s one of the city’s best kept secrets, so it is quiet and a great place to sit and read a book. Because of this seclusion, make sure to go during broad daylight, and go with someone, if you can.

Quito’s cable car is one of the best ways to get a first glimpse of the city and its impressive views and surrounding volcanoes, as well as a good starting point for a hike on the slopes of the Pichincha volcano.

One of the best specimens of Spanish baroque architecture, this church is among the most well-known in the city. Its overwhelming gold decoration and wood carvings make it a must-visit. Allow plenty of time to admire every detail.

This caldera, formed from a collapsed volcano thousands of years ago, is now home to tree vegetation so dense you can find a rich abundance of flora by taking a hike around the reserve, located 30 minutes from Quito.

This small garden, located in Carolina Park, is home to thousands of endemic species such as orchids. Its guided tours and farmers’ markets on weekend give you a glimpse of the work many dedicated biologists do in this city, promoting conservation and bringing awareness to the vast diversity of life here.

Quito’s zoo has many species that are endemic to the country and the region, such as the spectacled bear. Many of the creatures here are rescue animals.

This area is full of shops, and it’s also home to one rather famous yellow line: the Equator.

Inti Nan Museum disputes the exact location of the Equator. Here, you can do fun activities such as balancing an egg on a spoon, and other gimmicks, to prove that the Equator is right here – a couple of kilometers away from Ciudad Mitad del Mundo, where it’s supposed to be.

This extensive park has plenty of areas to hike around for hours, and its forest-like areas make it a unique place to breathe fresh air, away from the madness and fumes of Quito.

This artisan market is one of the best places to stock up on Ecuadorian coffee and chocolate to take home with you. 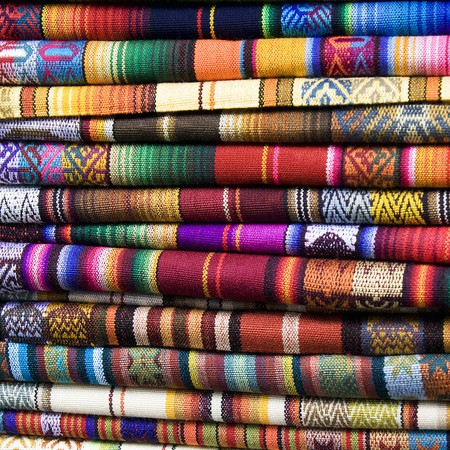 This park offers a glimpse into Ecuadorian culture, from Ecuavolley (a type of volleyball) matches to artisans’ markets. It is one of the main parks in the city.

This gothic Basilica and the gateway into Old Town is one of the city’s must-visits, displaying Quito’s architectural importance as well as a 360° view of the city.

Quito’s nightlife epicenter is a great place to visit, whether you’re just going for a drink or two, or if you are looking for a place to salsa until the early hours of the morning.