Awesome Native Birds You Must See in Ecuador 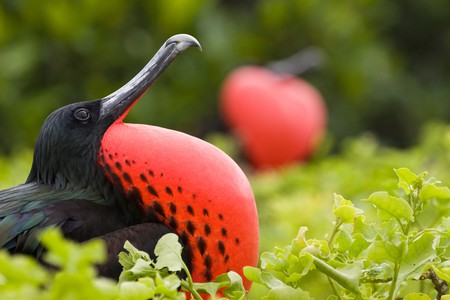 Ecuador is one of the world’s leading destinations for birdwatchers, and no wonder: it’s home to over 1,650 species of bird, in all colors, shapes and sizes. Colombia and Peru have similar numbers, but given Ecuador is much smaller, its concentration of birdlife is significantly higher. Here are some of the spectacular birds you should keep an eye out for in Ecuador.

You’ll have the opportunity to spot birds and many other animals as part of Culture Trip’s exclusive eight-day Ecuador adventure, which encompasses both the Andes mountains and the Amazon rainforest, plus Quito, the capital.

The pride of Ecuador and other Andean countries, emblazoned on the Ecuadorian flag, the condor is one of the largest flying birds in the world, with a wingspan of over 3m (10ft). It lives high up in Ecuador’s sierras, and is considered an endangered species due to hunting. Conservation societies are breeding condors in captivity to counteract this, safeguarding the future of this magnificent bird. One of the best spots to see the condor is at the Papallacta Pass, east of Quito, between the Pichincha and Napo provinces. 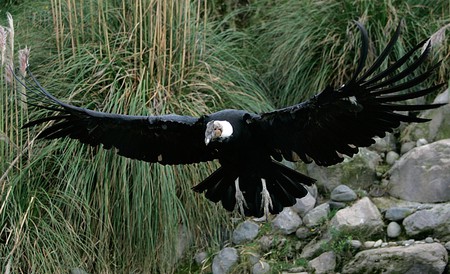 Renowned for its large, blue, webbed feet, this species can be found in abundance on the Galapagos Islands, as well as on Isla de la Plata, off the coast of Puerto López. Blue-footed booby males are known for their distinctive mating dance, used to lure a member of the opposite sex. 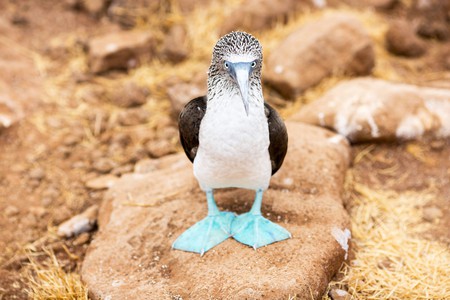 Magnificent frigatebirds also inhabit the Galapagos Islands. The male of the species has a large red pouch on its chest which it inflates periodically. Its long, pointed wings extend to more than 2m (7ft), giving it the largest wing-to-body weight ratio of any flying creature.

Mainly found on Española Island in the Galapagos, this species of albatross can paraglide non-stop for hours on end. With a wingspan of up to 2.5m (8ft), they’re the largest bird species in the Galapagos. They’re in flight from January to March, so visit outside of that time to see them. 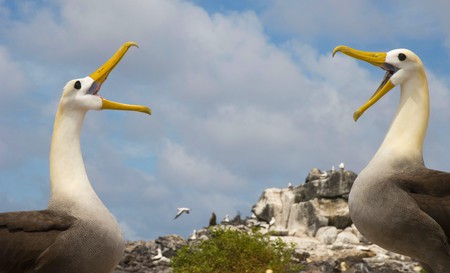 Famous for its large, multicolored beak and vibrant plumage, the omnivorous toucan lives primarily in tropical climates. The cloud forest surrounding the small community of Mindo, two hours northwest of Quito, is a great place to see them. 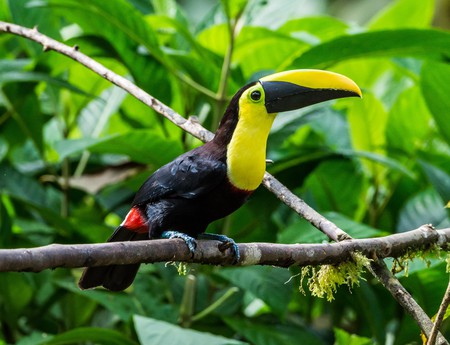 One of the largest and strongest raptors in the western hemisphere, with wingspans up to 2m (7ft), the harpy eagle can be seen throughout the Ecuadorian Amazon. 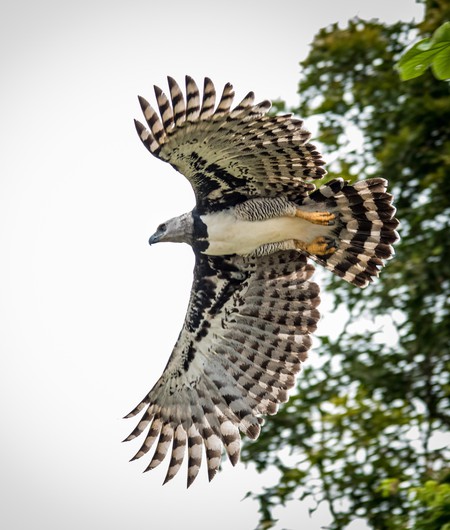 The hoatzin – known as the “stinkbird” – is more prevalent in Brazil and Colombia than Ecuador, but can still be seen in the northeast corner of the country’s Amazon region. The bird is renowned for its wild crest, long neck and chestnut-colored wings. 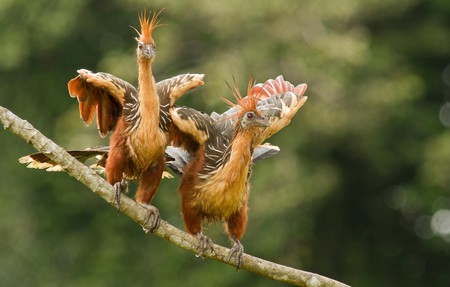 The hoatzin is more common elsewhere in South America, but can still be seen in Ecuador | © All Canada Photos / Alamy Stock Photo

The oilbird is the only night-time fruit-eating avian on Earth, and has a wingspan of 1m (3ft). It dwells in caves, which can be found on farms northwest of the Bellavista cloud forest in the northwest of Ecuador.

Endemic to the Galapagos Islands, these are the second-smallest variety of penguin in the world, and the only ones to live north of the equator. With a population of less than 2,000, they’re considered to be endangered, being under threat from climate change and invasive species.

This discreet but beautiful blue-green bird can be found widely in Ecuador’s rainforests.

The guacamaya, or macaw, is a type of thick-billed, long-tailed parrot, and one of the most colorful birds in the world.

This is a uniquely Andean species of hummingbird, typically found between altitudes of 2,500m and 3,330m (8,200-10,925ft), recognizable for its green body and bifurcated tail. 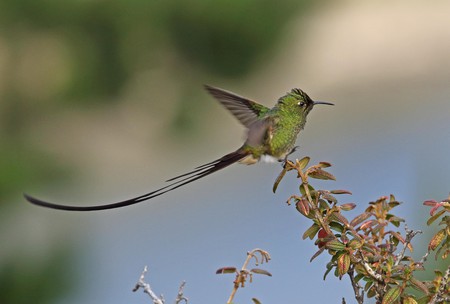