Traditional Foods You Must Try on Your Trip to Ecuador 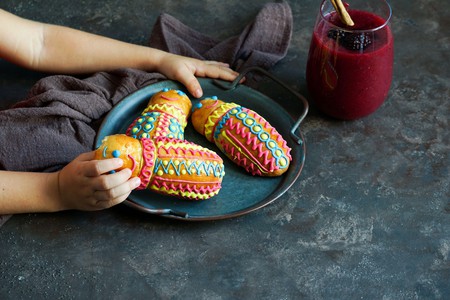 From Andean, Amazonian and coastal landscapes to Inca ruins and vibrant colonial architecture in its towns and cities, Ecuador boasts a diverse array of natural and cultural attractions – but its cuisine shouldn’t be overlooked, and sampling the local delicacies is an essential part of any trip. Here’s our selection of the traditional foods you should try when visiting Ecuador.

Tempted to try Ecuadorian cuisine for yourself? You can enjoy a cooking masterclass and market visit in Quito as part of Culture Trip’s specially curated eight-day Ecuador adventure, led by our Local Insider.

Fanesca is a very hearty, chunky, sacred stew, traditionally served only once a year – the week before Easter Sunday. It includes figleaf gourd, a variety of beans, lentils, corn, parsley and various herbs. Each of the different beans represents an apostle and the cut of salt cod alludes to Jesus. It’s generally consumed only during lunchtime, in the presence of friends and family. 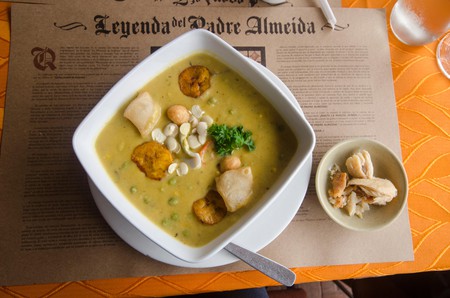 Guaguas de Pan – or bread babies – prepared during the Day of the Dead celebrations, are another Ecuadorian delicacy with a religious association. These sweet pastries filled with either jam, caramel, or chocolate are meant to resemble infants tightly wrapped in swaddling clothes – though they might also be seen as a distant echo of the pre-Columbian tradition of mummifying the dead. Thus, not all pastries are consumed, but taken and left on the tombstones of the dearly departed. The Guaguas – another Quechuan word – are served with a thick, sweet, brewed purple beverage known as a Colada Morada, made with cornflour, sugar, spices and blueberry, blackberry and pineapple rind.

Quinoa has been a staple grain for inhabitants of the Andes as far back as a pre-Incan society. The most commonly consumed quinoa is ivory, though black and red quinoa are almost as popular. It has become increasingly popular worldwide as a healthy side dish and base for salads due to its high concentration of protein and lack of gluten. There are as many ways to serve up quinoa in Ecuador as there are to serve up rice – though many enjoy simple quinoa soup, made with onion, butter and salt. 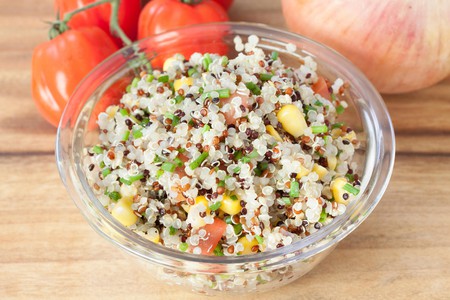 Typically sold on street corners, a large plantain – a cousin of the banana – cut down the middle, filled with a slice of mozzarella and cooked on a grill has been a popular, inexpensive – around $1 (£0.73) – and surprisingly nutritious fast food snack for decades in Ecuador. 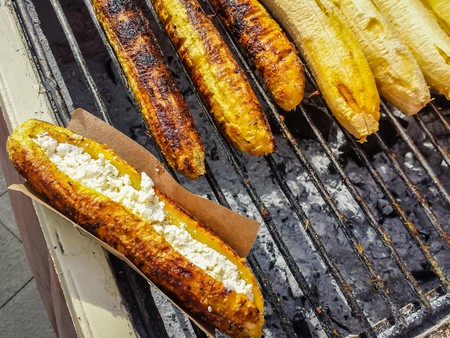 Ceviche – raw fish marinated in citrus juices – is ubiquitous in any South American nation that borders an ocean, but Ecuadorian ceviche has its slight distinctions. Like Peruvian ceviche, it typically features sea bass and shrimps. A notable difference, however, is that it’s served along with the very juices it has been prepared in – along with toasted corn, popcorn, or plantain chips. 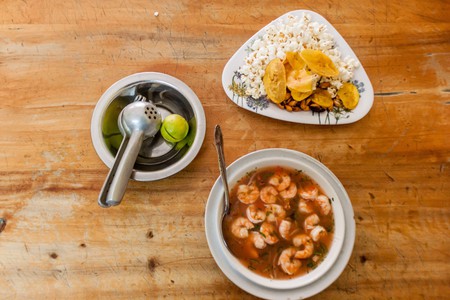 Llapingachos are griddled potato patties stuffed with cheese or meat, but they are also sometimes prepared with flour made from yuca, a root vegetable. The patties – which originated in Ambato – are usually served with peanut sauce.

Made from a combination of milk, sugar and ground white corn native to Ecuador, Morocho is a thick, sweet beverage, commonly sold on street corners and in open-air markets. Prepared with vegetables and not so much sugar, it can also be offered up as a soup. 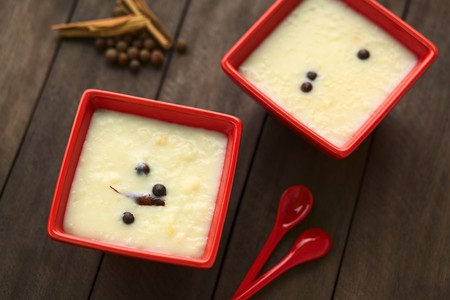 Similar to the Mexican tamale, quimbolitos are cakes made using ground corn or occasionally quinoa, wrapped in palm leaves and steam-cooked. They often come with added raisins and are offered as a dessert – but they can just as well be eaten as a main meal with beef, chicken, pepper, or a diced hard-boiled egg. 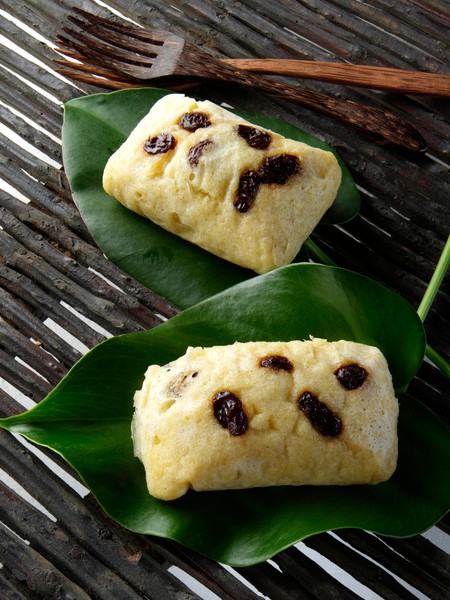 Made from crushed green (unripe) plantain, a Bolon de Verde – green ball – is essentially a large dumpling. If fried food is your thing, you should relish a Bolon de Verde, since the core ingredient is fried once to soften it; before being mashed and mixed with pork or cheese, formed into a ball, then fried again to give it a crispy outside. 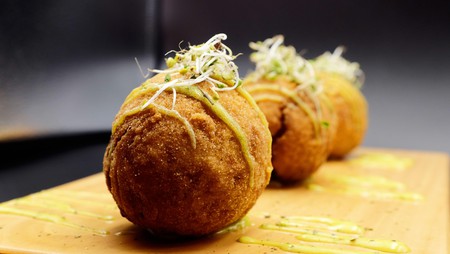 The Yuca root – also known as cassava – is the third most popular source of carbohydrates in the world, even if largely unknown in North America and Europe. It primarily grows in tropical and subtropical regions and is as common as French fries in Ecuador. The gluten-free starch derived from the Yuca root is used to make tapioca.§