11 Things You Should Know Before Visiting Quito 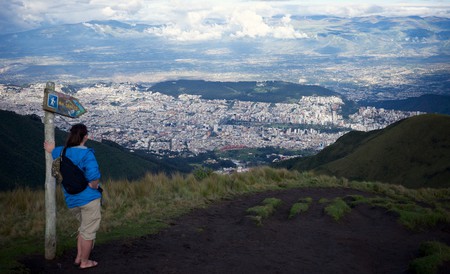 At the highest elevation of any capital in the world, as well as the closest to zero latitude, Quito has increasingly become a point of interest in itself for its historical district and the exciting climbing opportunities afforded by the mountains and volcanoes that surround it. If you are coming to visit and enjoy the city, here is some useful information you should know in anticipation of your stay.

Brace yourself for the risk of altitude sickness

The city of Quito is 9,350 feet (or 2,850 meters) above sea level; hence, altitude sickness is a real risk for first-time visitors. If you are not accustomed to this elevation, you might experience strong fatigue on your fist day in the city, so simply taking it easy and resting is advised, particularly if you intend to do hiking and climbing in the surrounding mountains and volcanoes. Other symptoms of altitude sickness include persistent headache or nausea, as well as insomnia. If these feelings persist for more than 24 hours, seek medical advice. 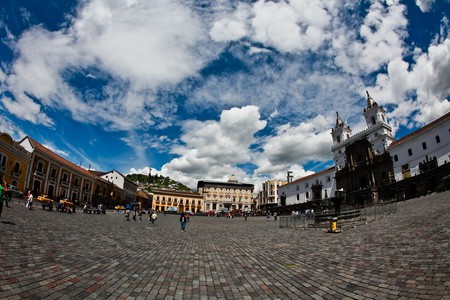 Quito: a city in the clouds | © Cristian Ibarra Santillan/Flickr

Quito is a divided city

Quito is commonly regarded as three different cities: the affluent northern region, which has pricey high-rises and modern shopping malls; the historical center, rich with centuries-old churches and mansions, as well as museums; and the poor and working-class neighborhoods of the south, which most tourists avoid. Get a sense of these poorer districts from Henry Rollins, writer, broadcaster and former lead singer for the ’80s punk band, Black Flag, who opted to stroll through Quito’s “zona gangsta” and wrote about it for his column in LA Weekly. 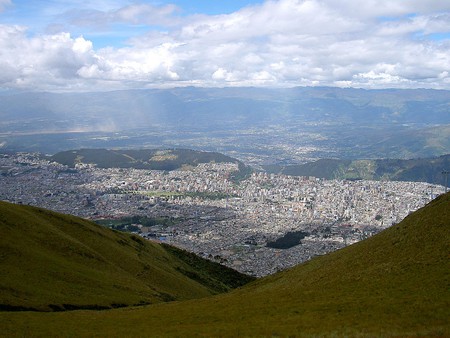 Quito has the largest concentration of classical architecture in South America

The “centro historico” in Quito is an official United Nations Patrimony, and is home to the largest concentration of historical and classical architecture in all of Latin America. 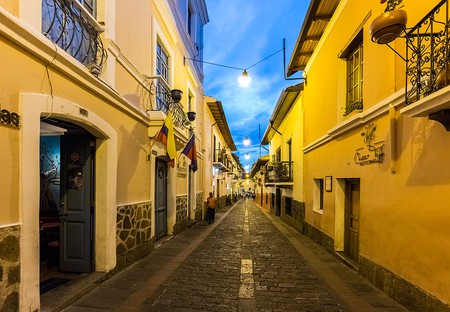 This long and winding boulevard, which evokes an old Spanish neighborhood, was built in the 1800s. From the late 19th century to the 1930s it served as home to many famous Ecuadorian artists, poets, and novelists, as well as prostitutes and vagrants – in short, a decades-long Ecuadorian version of “La Boheme.” By the 1940s, however, most of its residents abandoned the area, then in the 2000s La Ronda was restored to it original romantic character with new art galleries and restaurants. 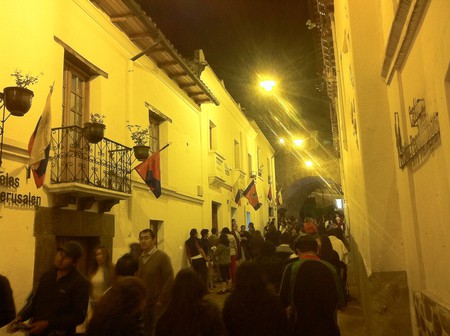 Public transportation within the city is ubiquitous, efficient, and inexpensive

Quito has an extensive network of buses, as well two main streetcars that run the length of the city, going north and south. All rides within the city are 25 cents. If you state where you need to go, conductors and locals will be more than willing to tell you where you need to get off. However, during rush hours these same transport vehicles will be packed like cans of sardines, and you should take precautions against potential pickpockets. 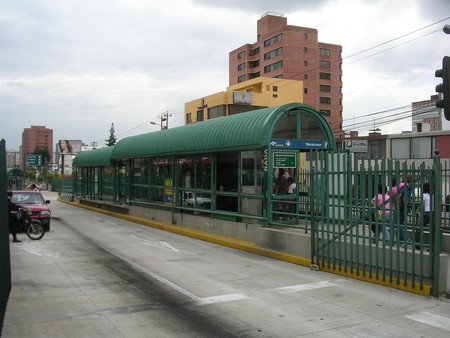 Taxis are also inexpensive, but you should be cautious

Cab fares in Quito start at $1.50 and the meter generally operates at one cent every eight seconds. In addition, by law, drivers are supposed to have meters operating at all times. However, due to the fact that some criminals purchase taxis with the goal of robbing and even assaulting travelers, tourists are advised to have restaurants and hotels call taxis for them, or to obtain an app that will send a secure, city-registered cab to you. 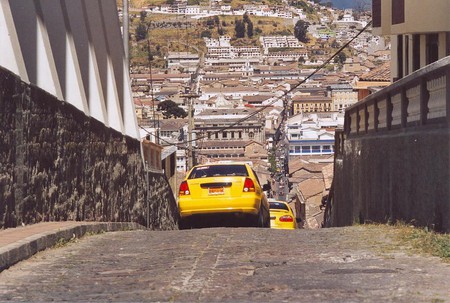 Even though Quito is on the equator, it gets cold at night

One of the most common misconceptions about Ecuador is that because the country is on the equator, the whole nation is awash in sweltering heat. Far from it. As noted above, Quito is at 9,350 feet (or 2,850 meters) above sea level. During the day, it rarely gets any warmer than 66F (or 19C) degrees, and once the sun goes down (always around 6:30PM), it can get as bracing as 50F (or 10C) degrees until morning. 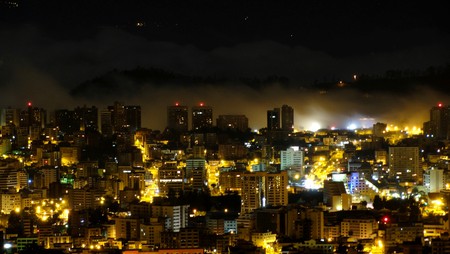 However, because Quito is at zero latitude, you should protect yourself against the sun

Even though Quito is a cool city, being at high altitude and zero latitude make you more exposed to higher levels of UV rays. The environmental damage to the ozone layer in recent times has intensified this risk to your health. It is therefore advised that between 11AM and 3PM you should wear a hat and use sunblock. 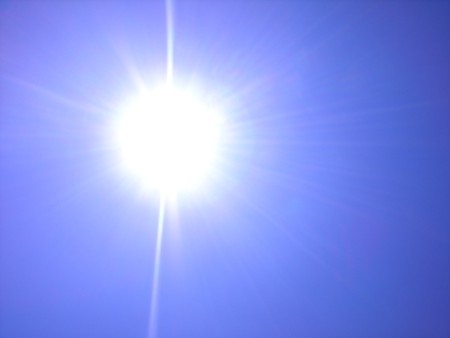 Common sense precaution against robbery and assault is advisable

When visiting the city, traveling in groups, staying close to crowds, and remaining in well-lit areas at night are all recommended. Also, do not accept any piece of paper (coupons, et cetera) from the locals, since it may be tainted with scopolamine, a drug that can force its victims to involuntarily obey the commands of the person who administers it. 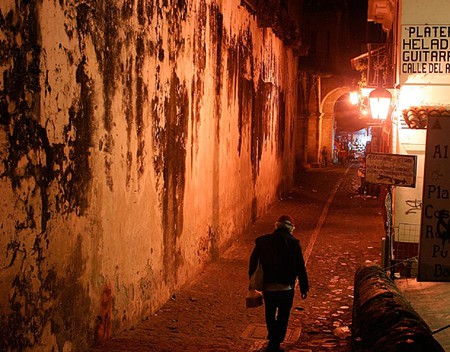 Quiteños, and Ecuadorians in general, are notorious for not being punctual

Anybody who comes to Quito for more than just a visit, like to settle down or to do business, will have to cope with the fact that it is common for locals to NOT keep appointments. In the last decade, government-sponsored campaigns promoting punctuality have improved the situation somewhat. Still you should be aware that whether you are calling on a lawyer or carpenter, that they might abide by “Ecuador time” – and won’t call to inform you either. 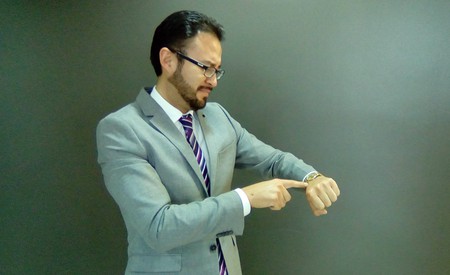 Many addresses have not one, but two distinct numbers

In the early 1990s, Quito mayor Rodrigo Paz initiated a reorganization of the city which included new codes for every single home and business, which explains the new localization system. However, rather than removing the old numbers before adding new ones, the municipality simply placed the new numbers over, under, or alongside the old ones, and hence, some people use the former numbers, some the “official,” and some use both. 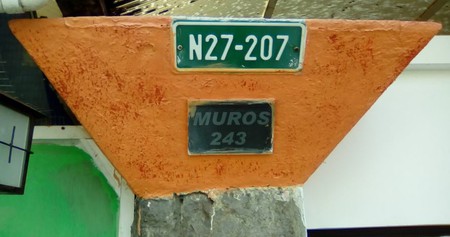