10 Traditional Dishes You Have to Try in Cuenca 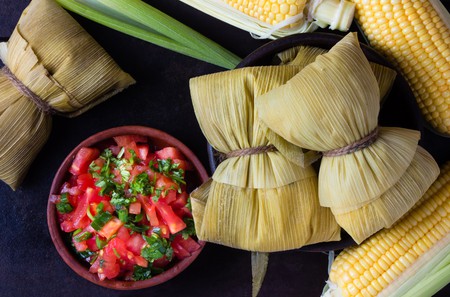 Cuenca’s cuisine blends two different food cultures, Spanish and Native Ecuadorian. Some dishes, like figs cooked in spiced sugar syrup, are infused with Mediterranean flavors, while others rely on local ingredients prepared with European cooking techniques. If you’re visiting this beautiful city, each of these traditional foods is definitely worth trying.

Mote is corn that has been dried and then rehydrated in an alkaline solution, similar to hominy or Mexican posole. To make mote pillo, saute the field corn with onion and garlic. Add eggs and milk, scramble, and then garnish with parsley and spring onion. Mote pillo is a popular side dish and snack food found throughout the Azuay and Loja provinces. 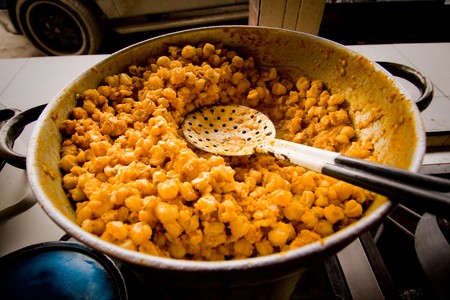 When Ecuadorians from the Sierra celebrate special occasions, they very often serve grilled guinea pig, or cuy asado. In Cuenca, the guinea pigs are roasted over hot coals, individually on a hand-held pole that looks like a broomstick or several at a time on a hand-turned spit. A well-prepared cuy asado has tender, rich meat that is similar to rabbit and crispy skin like pork cracklings. 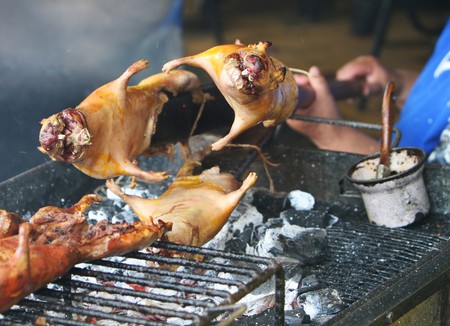 Ecuadorians prepare figs very differently than we do in the United States. They are picked green, before they’re fully ripe, and soaked in water for an entire day before they are steeped in a syrup made from panela, a lightly-processed brown sugar, and spices like cinnamon and clove. These are usually served with fresh cheese for dessert though street vendors also stuff them into fresh rolls and sell them like sandwiches. 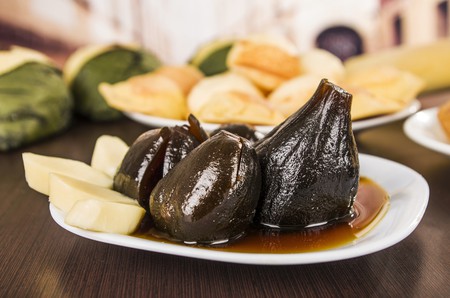 Cubes of pork are fried in their own drippings until crisp on the outside and tender in the center. A plate of fritada is almost always served with pork cracklings, mote, and tostado, or toasted corn. 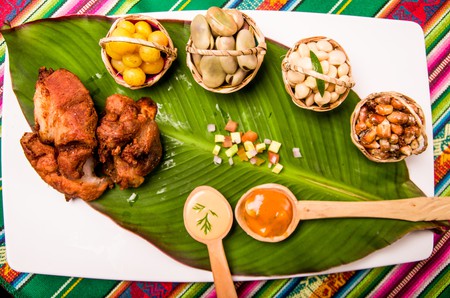 Humitas are the muffins of Ecuador. Made with ground corn rather than flour, humitas can be made sweet (dulce) or salty (salado). Instead of a paper wrapper, they are wrapped in either a corn husk or a banana leaf. They are steamed rather than baked. Cuencanos eat them for breakfast or for a snack with a cup of black, sugared coffee.

Find a festival taking place in Cuenca and it is almost guaranteed that at least one vendor will be selling roast pork sliced directly off the whole pig. Also called hornado, this classic meal is always served with fried potato cakes, mote, tostado, and a small salad of tomato and red onion. Most markets have at least one hornado vendor in their food courts. 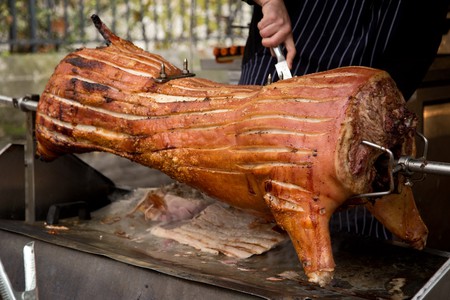 Each family has their own special recipe for rosero but the common ingredients include ground white corn, orange juice, pineapple, and strawberries, as well as the exotic fruits babaco and naranjilla. The drink is seasoned with clove and cinnamon and sweetened with plenty of sugar. Served cold, rosero is available year round.

Potato soup sounds so plain. But the potato soup of Cuenca is creamy, delicious, and addicting. Most chefs use the papa chola, a large, creamy yellow potato with a reddish skin, to make this traditional soup. All versions include milk, cheese, and sliced avocado. Locro de papas is the most requested comfort food in the Ecuadorian Sierra. 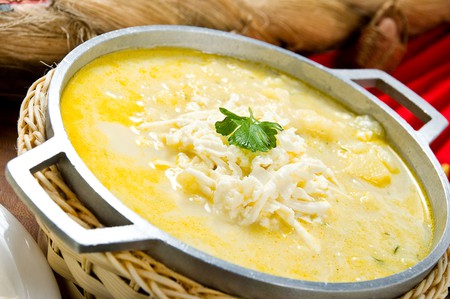 A well-cooked tortilla de morocho makes an excellent snack food while touring the cobblestoned streets of Cuenca. These pancake-like goodies are made from ground corn, both dried and fresh, and wheat flour. The best ones include chunks of fresh, white cheese. Vendors selling these scrumptious snacks cook them on ceramic skillets over a burning wood fire or propane gas stove.

Most tourists will be familiar with a Mexican tamale which is similar to the Cuencano tamal. The batter is made with ground corn, water, and lard that is spread on a banana leaf. Seasoned chicken, pork, or beef are wrapped inside. The small packets are steamed in huge pots. Head to the famous Las Hererrías neighborhood of Cuenca to find the best tamales in town where an order comes with fresh black, pre-sweetened coffee. 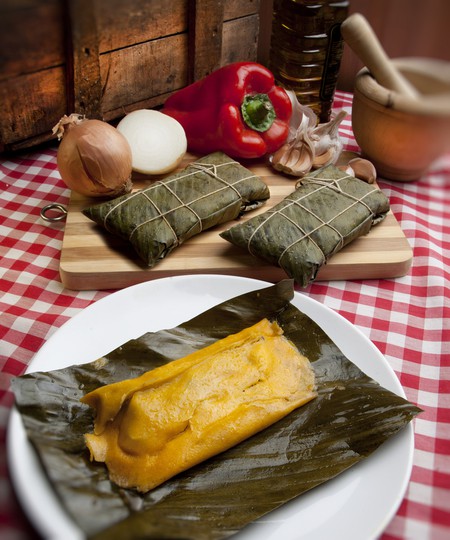