Why Ajiaco Is Bogota's Most Famous Dish 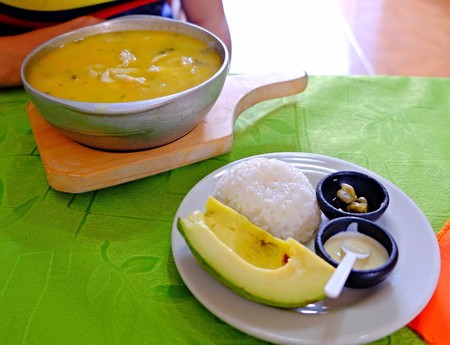 For foodies traveling to Colombia’s capital city of Bogota, one dish stands out to locals and tourists alike as the city’s must-try traditional meal: ajiaco. This hearty soup of chicken, potatoes, and herbs is typically Bogotano and easily the most famous dish from the city—here’s why it’s Bogota’s most famous dish.

Ajiaco‘s exact origins have been strongly debated over the years are still fairly uncertain. It has also been suggested that name ‘ajiaco‘ comes from the Taíno—an indigenous Caribbean people—and their word for a hot pepper: aji.

According to local historians, the indigenous Chibcha people of Cundinamarca (the flat, open region surrounding modern-day Bogota) once ate a soup prepared with a milky corn base, and aji-flavoured potatoes. When the Spaniards arrived in the region, they supposedly added chicken and cream, creating the ajiaco that is a staple of the regional diet to this day. 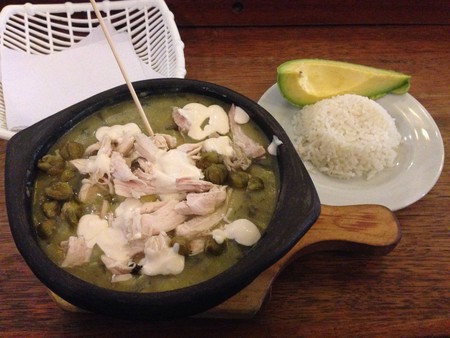 Three different styles of soups and stews (in Cuba, Peru, and Colombia) are called ajiaco. Cuban varieties are typically prepared with beef, pork, chicken, vegetables, and tubers and served as hearty stews. Peru’s preparation is markedly different as a potatoes cooked with garlic and combined with dried aji and mint.

In Colombia, traditional ajiaco is also quite distinct: it is generally prepared with chicken, three different types of local potato, and guasca (a native herb/weed called ‘Gallant Soldier’ in the US) and served with cream, capers, and a side of rice, corn, and avocado. Generally, these first three ingredients are prepared as a soup, and the rest is then added to taste. On a cold Bogota day, it’s the perfect pick-me-up meal.

Bogota has a number of great places to try ajiaco.

—Most restaurants have it on their menus, but the best of the best is surely the oldest restaurant in the city: La Puerta Falsa in La Candelaria. Dating back to 1816, this tiny, narrow little restaurant can’t look much different to how it did back in the day, and itstill serves a menu made up of Bogotá classics including tamales, hot chocolate, and cheese. It has become something of a tourist tradition to eat an ajiaco at lunchtime here, and as La Puerta Falsa has so few seats, it can take while before you can be seated—it is 100% worth the wait, though. 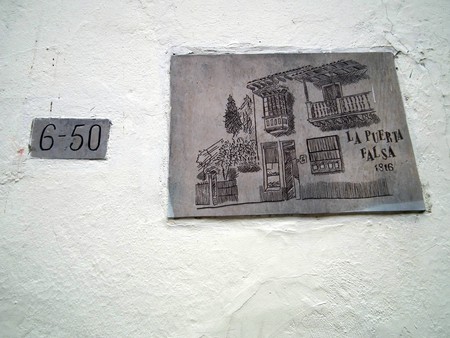 Ajiaco is about as Bogota a dish as you could possibly find, so make sure not to miss out when visiting Colombia.