Where to Go Clubbing in Bogotá 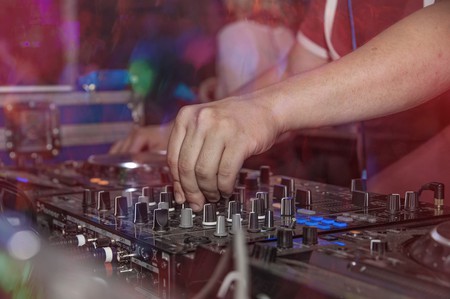 Bogotá, as the capital city of Colombia, is a cracking place for a night on the tiles – it might not have the salsa chops of Cali or wild reputation of Medellin, but there’s a lot more to Bogotá’s nightclub scene than meets the eye. From happening party districts like the Zona T to the best gay nightclub scene in Colombia, Bogotá has something to please everyone.

The true heart of Bogotá’s nightclub scene is the famous Zona T – also known as the Zona Rosa – the place where dedicated party animals will want to head on a Friday or Saturday night. Covering roughly a five square block radius in the north of the city, the Zona T has plenty of great clubs for any occasion. The famous Gringo Tuesdays night at La Villa nightclub is the only place to be on a Tuesday evening in Bogotá, and it’s always packed to the rafters with eager clubbers most nights of the week.

However, there’s a lot more to this district than just the one nightspot – other top clubs to visit in this part of the city are Mint, the Hotel V, Armando Records, Colombian Pub and El Campanario. One thing to remember: be sure to dress up nice for a night out in this part of Bogotá. One thing is for sure: you won’t struggle to find a buzzing night out in the T Zone!

If your idea of a good nightclub is something a little more cutting edge than some of the – admittedly quite glitzy and mainstream – clubs in the Zona T, then never fear, Bogotá still has you covered! Baum has developed a worldwide reputation as one of the best electronic music clubs in Latin America, thanks to their ever-evolving lineup of top DJs and bands. On Friday and Saturday nights, Bogotá’s most glamorous hipsters and socialites dance until 8am at Baum, the place to be for connoisseurs of la rumba!

The other growing power in the electronic music sphere is Video Club, an amazing new nightclub on the edge of Lourdes Square in Chapinero neighborhood. You can dance until dawn here on Fridays and Saturdays, alongside Bogotá’s coolest crowds and best DJs. The cover and drinks – as in Baum – are more pricey, but you’re guaranteed a top night out.

If live music clubs are more your scene, then Bogotá is equally up to the task. The best of the bunch is Latino Power in Chapinero, which hosts amazing live Colombian music throughout the week. Nearby Asilo Bar is the place to go if you’re more of a rock aficionado, while Boogaloop Club is smaller and more intimate, with live shows from the coolest new bands in Colombia every week.

For the LGBTQ clubbers, there are some equally amazing clubs (actually, they’re amazing regardless!). Theatron is the best of the bunch, considered by many to be one of the best nightclubs in South America. With over 13 rooms, and space for literally thousands of revelers, Theatron also has another reason for being an appealing spot to go clubbing: entrance is just over US$10 and with that, you get a ‘bottomless’ cup of spirits until 2am. You can’t say fairer than that!

Then there’s the mother of all Bogotá nightclubs, and perhaps the only truly unmissable nightclub in Colombia: Andres Carne de Res. Technically it’s in Chia, to the north of Bogotá, but the party scene there is worth the extra effort. With amazing food, surreal decor and a buzzing party crowd six nights a week, Andres regularly appears on ‘Best of Colombia’ travel lists, and you’ll see how that is 100% justified!

Essentially, Bogotá is home to the most diverse and interesting smorgasbord of nightclubs in the whole of Colombia – whether you’re looking for grit, glamour or something in between, you can find it all in the Colombian capital.