Molas: The Handmade Art That’s Growing in Popularity Around Colombia 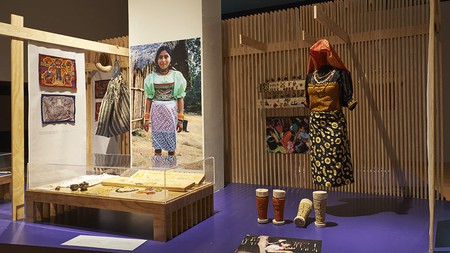 Molas were shown at the Bogota Gold Museum's exhibition 'Molas: Layers of Wisdom' from September 2016 to July 2017 | © Clark M. Rodríguez - Gold Museum, Bank of the Republic

Molas are colorful, detailed and beautiful pieces of stitched artwork, but they also carry significant cultural meaning for indigenous communities in Colombia.

The origins of the Molas

Molas are a piece of artwork created in fabric in a technique commonly called appliqué. Artists create them by superposing different colored fabrics in the form of a rectangle, which they then cut and sew to create different patterns. Molas originated from the indigenous community of the Gunadules (also known as Kuna or Tule), located around the border between Colombia and Panama. In this community, women are the ones in charge of the design and sewing of Molas, which they then wear as a fundamental piece of their garment. 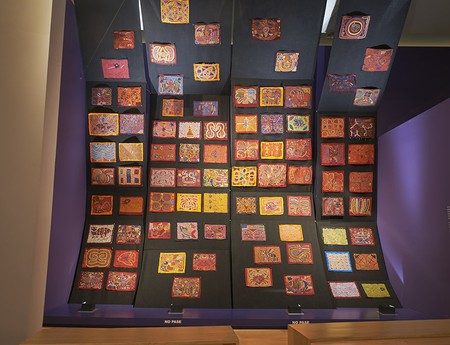 The appliqué on Molas represents parts of the universe where “neles” (women spiritual leaders) can go | © Clark M. Rodríguez - Gold Museum, Bank of the Republic

Meanings in the Mola design

Molas usually include designs of animals, landscapes and geometrical figures. Each color, and therefore each layer, represents one part of the universe where only “neles” (women spiritual leaders) can go. Each Mola has a name and even its own song that is always connected to its spiritual and physical state. Through the designs, the community transmits their beliefs of how it’s possible to live a happy and fulfilling life. Every piece takes five to seven days to complete, and the quality of the sewing and the design is a source of pride and prestige among the women. 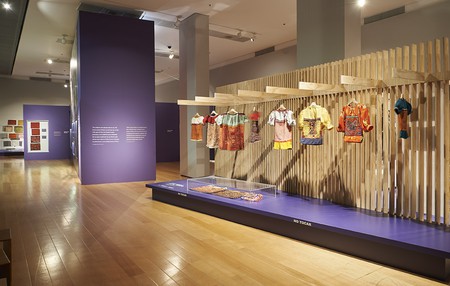 Authentic Molas on clothing have stitches that are precise, short and as even as possible | © Clark M. Rodríguez - Gold Museum, Bank of the Republic

Molas in the city

As with many other Colombian crafts made by indigenous communities, Molas have found their way to the big cities and all around the country. After gaining some popularity locally and being displayed in the Bogota Gold Museum in 2016 in a show called Molas: Layers of Wisdom, these fascinating pieces of artwork are now a favorite among tourists and fashion lovers who are more aware of the significance and value of each piece. They can be found both on dresses and t-shirts as well as on accessories and handbags, and are usually stocked in many souvenir shops and other fashion stores in Colombia.

How to spot an original Mola

Since Molas are primarily made to be worn by local women inside the community, an original Mola will always have some signs of usage. The quality of the Mola can vary tremendously, since girls as young as 14 start creating the pieces with less experience than the older women. Hence, the price can vary accordingly, and it is key to analyze the stitches carefully to pay the right price: they should be as precise, short and as even as possible. Nowadays, it’s possible to find Molas on bags, luggage and clothes that are made solely for tourists and aren’t truly authentic, but these usually have fewer colors and layers – and less meaning in their designs.