As the birthplace of Nobel Prize-winning novelist Gabriel García Márquez, the sleepy Colombian town of Aracataca contains many of the elements that inspired his landmark novel, One Hundred Years of Solitude. From the ubiquitous yellow butterflies, to the old railway station, fans of the legendary Colombian writer will find plenty they recognize from the novels. 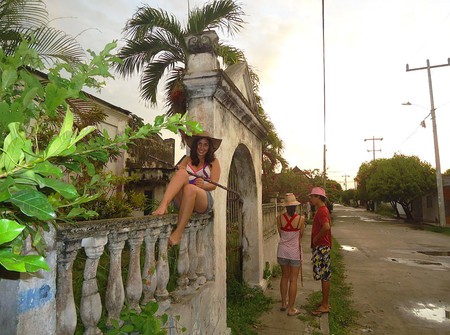 Situated near the Caribbean coast of Colombia, a little more than 50 miles (85 kilometers) from Santa Marta, the steamy town of Aracataca is still relatively untouched by tourism. Those that do visit the town come in search of Macondo, the mythical village featured in One Hundred Years of Solitude, Márquez’s multigenerational tale of the eccentric Buendía family. Published in 1967, the novel popularized the magical realism genre, which mixes historical facts and events with fantastical elements.

Although Gabo, as he was affectionately known, left Aracataca at the age of eight, he was very clear that the town was the inspiration for Macondo.

Most of the sights related to the author can be seen in a couple of hours and we would recommend taking a tour with a local. Rodolfo Rodriguez gives excellent tours which start from the Casa Museo Gabriel García Márquez and last around three hours. 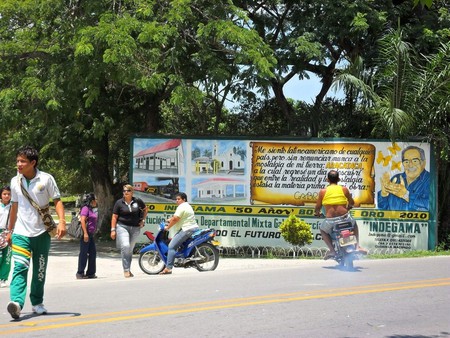 During the tour, you will stop by Gabo’s old primary school, meet locals who knew the writer and take in numerous monuments and murals celebrating his life and work.

Visitors will recognize locations from the novels, such as the town’s river, which runs “along a bed of polished stones,” which are “white and enormous, like prehistoric eggs.”

A tombstone has been erected in honor of Melquiades, the mythical wanderer who brings strange new inventions to Macondo.

Aracataca’s railroad is no longer in use, but visitors can stop by for a photo and think of the Banana Company from the novel, which built the railroad and brought modernity to the town. 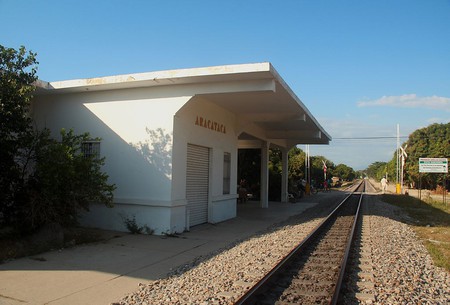 There is even a park that has been renamed in honor of Remedios the Beauty, the beguiling character in the novel who is so physically perfect that she ascends into heaven. Our tour guide explains that the story was partially based in truth, a beautiful woman lived in town who ran off with her lover. In an attempt to stem the flow of local gossip, her grandmother spread the word that she had been assumed like the Virgin Mary. 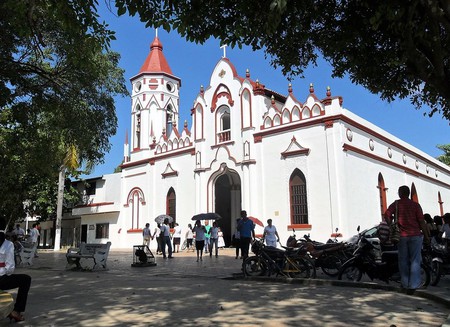 Church in Aracataca where Garcia Marquez was baptised | © Tim Buendía/WikiCommons

The main attraction is the renovated house where Gabo spent his childhood. The museum contains eight rooms with fascinating details that fans of One Hundred Years will instantly recognize.

There’s an office containing a tattered dictionary, similar to the one which Gabo read enthusiastically as a child. Down the corridor is a small workshop where Gabo’s grandfather would spend hours making little gold fishes, just like Colonel Aureliano Buendía in the novel. There’s also the kitchen space, which was for ladies only and became a factory for imaginative, tall tales.

In fact a tour of the house and surrounding town will make anyone realize that Gabo’s fiction, as fantastical as it may seem, was not the product of pure imagination. As the author himself once famously said: “The truth is that there’s not a single line in all my work that does not have a basis in reality.” 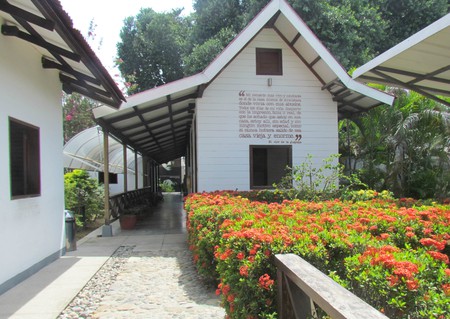