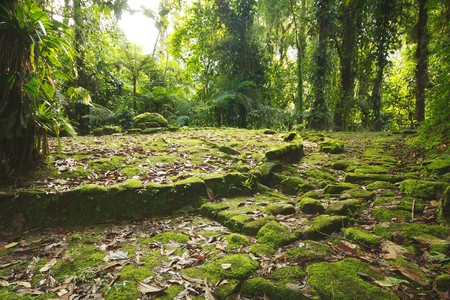 The four-day trek to La Ciudad Perdida – or ‘Lost City’ – is one of Colombia’s most popular activities for travellers and backpackers. The story of the ancient city, lost in the deep jungles of the Sierra Nevada de Santa Marta mountains, is one that has captivated thousands of visitors over the years. But is the story of the Lost City completely accurate; was it ever really ‘lost’ to begin with?

The Tairona people – who were an Indigenous people native to the region encompassing the present Colombian departments of Cesar, Magdalena, and La Guajira – founded the Lost City in 800 CE, making it 650 years older than the continent’s most famous archaeological site, Machu Picchu. The Tairona constructed several large cities over the course of their history until they were forcibly integrated into the Encomienda system by the Spanish invaders in the 17th century. Even though there are larger Tairona archaeological sites – such as Pueblito in Tayrona National Park – it is the Lost City which has become the most famous one in recent years. 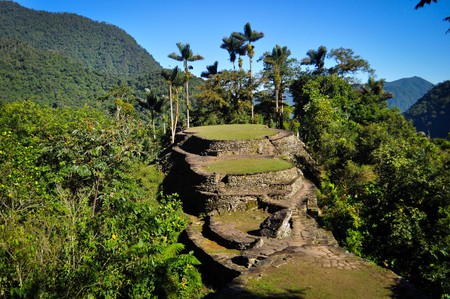 The Lost City is thought to have been a major city, spanning about 32 acres and housing anywhere between 1,600 to 2,400 inhabitants. Recent studies suggest that there were more than 180 houses in the city, built on top of the iconic stone terraces which appear in most photos of the site. The official narrative of the Lost City’s ‘discovery’ is that, in 1972, a group of treasure looters discovered stone steps alongside the Buritaca River, followed them up the hillside, and stumbled upon the ruins of the city. Naturally, they looted what they could find and kept the existence of the place a secret. However, when stolen gold figures from the ruins began turning up on the black market, archaeologists finally visited the site in 1976 and began reconstruction.

It’s at this point where the official narrative becomes even more complex, and a lot of that is related to how we consider the concept of ‘discovery’. That’s due to the fact that the local Indigenous people – naturally suspicious of the intent of outsiders after the Spanish invasion and subsequent looting of their most valuable treasures – dispute the idea that the city was discovered by those looters back in 1972. 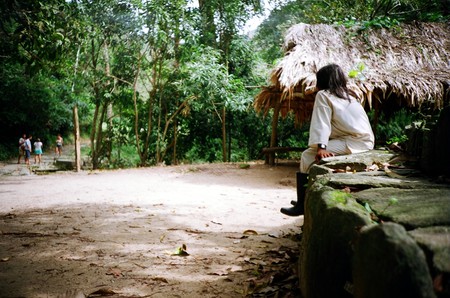 The Arhuaco, Kogui, and Wiwa peoples – descendants of the Taironas who built the city – claim to have always known about its existence. They also claim that they regularly visited the site – which they call Teyuna – before its rediscovery, but kept quiet about the location for fear of it being looted and exploited. And, as we can see from what subsequently happened, it seems that they had reason to fear that eventuality. As a member of the Kogui people pointed out to a visiting Guardian journalist back in 2014: “For us, it was never lost.”

So really, the question comes down to how we define loss and discovery – if there were whole communities of people completely aware of the existence of a place, can it ever really be discovered or lost? It’s a complicated question, one with many different answers to consider, but one thing is certain: regardless of how ‘lost’ it ever really was, a visit to La Ciudad Perdida is an unforgettable and unmissable experience on any trip to Colombia. 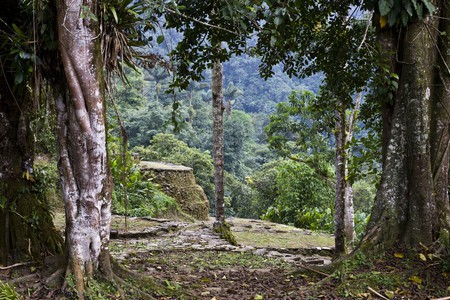 The Lost City in Colombia | © william.neuheisel / Flickr
Give us feedback