A Tour of Medellin's Architectural Landmarks 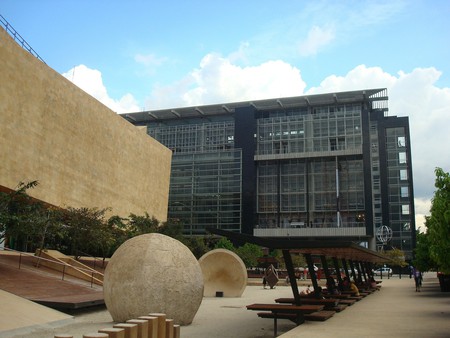 To really see the jewels of Medellin’s classical architectural crown you will want to start off your tour in the city centre, a bustling, slightly chaotic neighbourhood known as Centro. This part of the city is not only home to some of Medellin’s most important tourist attractions – including the Botero Park and Parque de Las Luces – but it is also the location of three buildings which have been declared National Monuments of Colombia, and are among the most important architectural sites in the entire region. 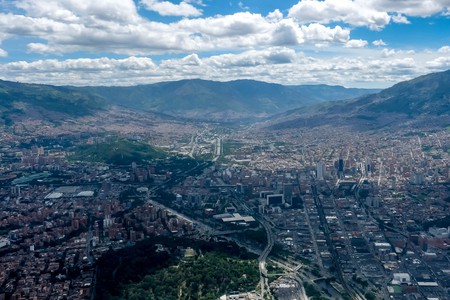 The first must-see building in Centro is the Antioquia Train Station building half a block from the Antioquia Government Building – this former railway station was declared a National Monument in 1996 and dates back to the late 1920s. The design is a French Renaissance style, and, although it no longer operates as a train station, it is well-maintained by a private foundation. 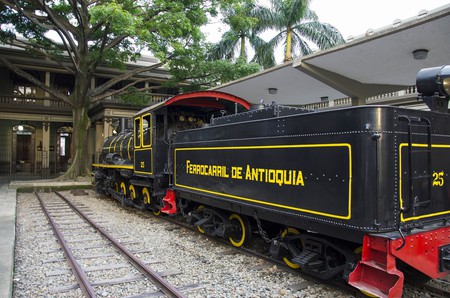 From the Train Station, you can walk for about 15 minutes to the next stop on your downtown architecture tour of Medellin. The next National Monument building is located on the famous Botero Plaza (where you can also enjoy many sculptures by the legendary Medellin-born artist). The building you’re here to see is the Rafael Uribe Uribe Palace of Culture, a striking Gothic Revival style building constructed by Belgian architect Agustín Goovaerts in 1925. With its distinctive black and white brick facade and rounded dome cupolas, the Palace of Culture is easily one of Medellin’s most beautiful and unique architectural marvels.

Just a few blocks from Botero Plaza is the third of the architectural gems of downtown Medellin: the Metropolitan Cathedral of Medellin. This gorgeous Romanesque structure was designed by French architect Émile Charles Carré, and construction first began in 1875 and was completed almost 50 years later. It’s been a National Colombian Monument since the early ’80s, and its two matching adobe brick towers each measure 66 metres (216 ft). 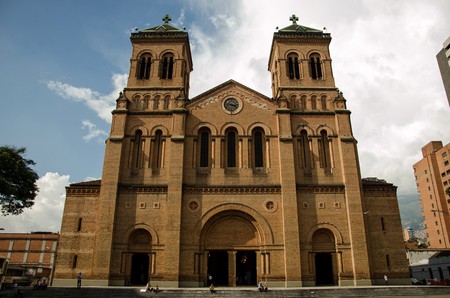 Once you have enjoyed your own tour of Medellin’s downtown architectural highlights, then it’s time to experience the other, more modern, side of Medellin’s architecture. The new breed of Medellin architects have created a stunning and unique selection of buildings inspired by the city’s modern commitment to ‘social urbanism,’ a system favouring beautiful buildings in the poorest neighbourhoods, and emphasising educational purposes behind new projects.

The key buildings to visit on a tour of the modern Medellin architectural revolution are more scattered throughout the city, but that doesn’t make them any less worth your time and effort. The essential stops are the Biblioteca de Espana Library Park, a dramatic and award-winning series of three buildings designed by the Colombian architect Giancarlo Mazzanti; the Parque Explora, an interactive science park consisting of four giant red cubic structures designed by Alejandro Echeverri; and the Moravia Cultural Centre, another prize-winning building, this time designed by Rogelio Salmona. Another important stop is another of Giancarlo Mazzanti’s buildings, the León de Greiff Library, another of the city’s pioneering library parks. 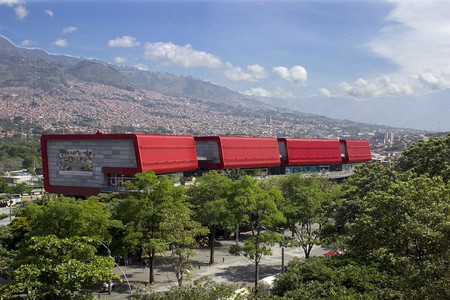 A tour of Medellin’s architectural landmarks could easily take several days, such is the wealth of both modern and classical buildings in Colombia’s second city. However, with this guide, you can definitely spend a day or two exploring the city’s architectural heritage and see a good amount of Medellin’s most striking and important buildings.