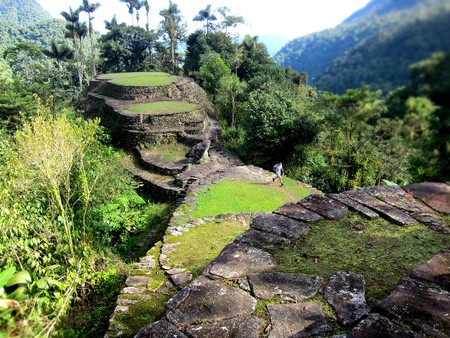 From tropical rainforests to snow-capped mountains and ruins of ancient civilizations, Colombia’s varied landscapes make it a dream destination for hikers. There are over 50 national parks containing an array of hiking trails for all levels of fitness and experience. Here, we select the top hiking tours in Colombia.

As part of Culture Trip’s specially curated eight-day adventure along Colombia’s Caribbean coast, from Cartagena to Palomino, you can enjoy a guided hike through Tayrona National Park. There aren’t many places where you can hike through tropical rainforest and along palm-fringed beaches against the backdrop of snowy mountains, but that’s exactly what you’ll find here. The park is teeming with biodiversity – look out for howler monkeys and iguanas in particular. If you’re really lucky, you might even spot a jaguar. 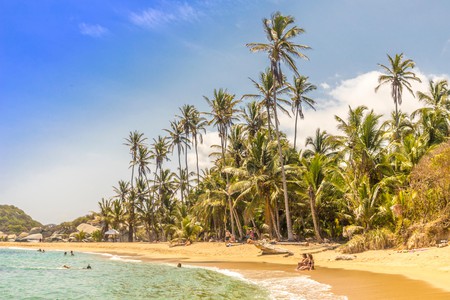 From Bogotá to Medellín: Traverse the Colombian Andes

On Culture Trip’s exclusive small-group Colombian Andes tour, you’ll spend a couple of nights in the Zona Cafetera (coffee region) and embark on a hike through the Cocora Valley – renowned for its giant Quindío wax palms, which can grow up to 60m (197ft) in height. You’ll also have the opportunity to visit a coffee plantation and try your hand at tejo. This traditional Colombian sport involves hurling steel discs at a loaded gunpowder target, and is typically played with a beer in hand. 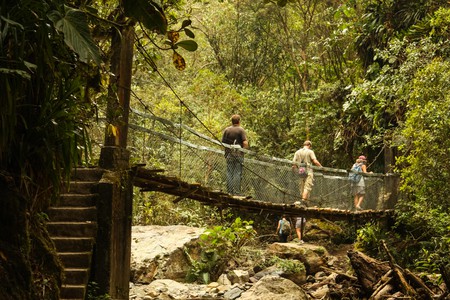 Looking for a longer hiking adventure? This four-day trek departing from Santa Marta on Colombia’s Caribbean coast is an excellent option – particularly if you’re interested in ancient history. You’ll venture deep into the jungle-covered mountains of the Sierra Nevada de Santa Marta National Park with an experienced guide from the region, eventually arriving at Ciudad Perdida (the Lost City), which was founded by the Tayrona civilization around 800CE. Comfortable camping accommodation, three breakfasts, four lunches and three dinners are included.
ActivitiesHike to La Chorrera and El Chiflon waterfalls from Bogotá
From $99 per person
5 hours
5 (25)
Add
Facebook
Email
Twitter
Pinterest
Copy link
Share
Tell me more 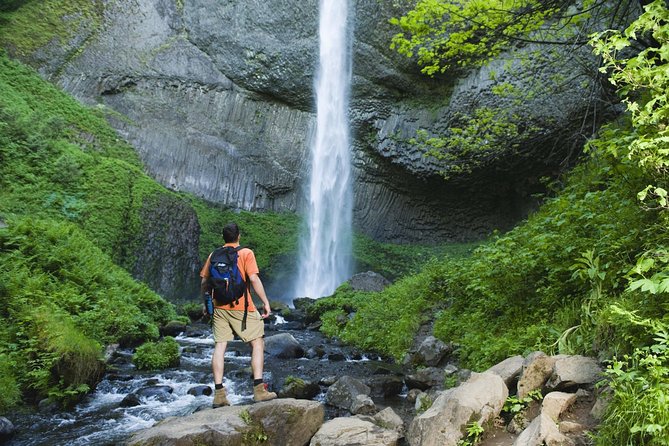 If you’re in Bogotá and want to experience a total contrast to the busy city streets, you can do so on this one-day tour to a nearby nature reserve in the East Hills, part of the Andes mountains. Hike through cloud forests to La Chorrera – the tallest waterfall in Colombia at 590m (1,935ft) – and another smaller waterfall, El Chiflón. You’ll also have the chance to cool off in the rock pools and tuck into a hearty Colombian meal at the end of your hike. Your guide will also provide snacks along the way.
ActivitiesSumapaz Páramo Hiking Tour
From $123 per person
8 hours
5 (1)
Add
Facebook
Email
Twitter
Pinterest
Copy link
Share
Tell me more

Escape the city and get a taste for Colombia’s rugged side on this day-long excursion to Sumapaz National Park, around two hours south of Bogotá. Here, you’ll hike through the páramo – a high, treeless plateau dotted with hundreds of freshwater lagoons, typical of South American uplands. Learn about the region’s biodiversity, which includes spectacled bears, white deer, pumas and tapirs, among many other species of flora and fauna. Enjoy a home-cooked lunch and visit a local market before returning to Bogotá.
ActivitiesHiking High Andean Forests
From $80 per person
8 to 9 hours
Add
Facebook
Email
Twitter
Pinterest
Copy link
Share
Tell me more 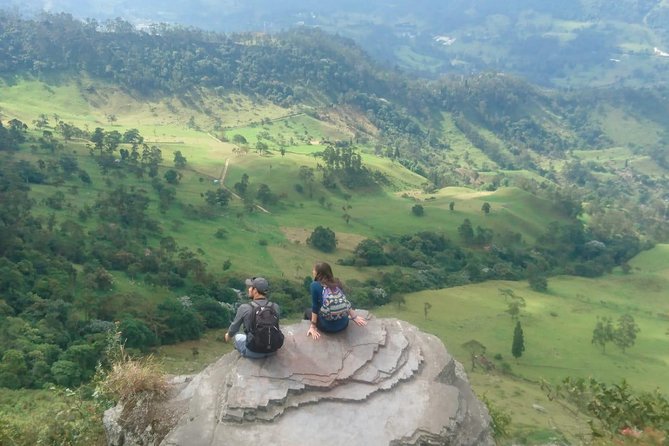 Just half an hour’s drive outside of Bogotá, you’ll arrive at Chicaque Natural Park – a private cloud forest reserve at around 2,700m (8,858ft) above sea level, home to an abundance of species including sloths, oncillas, monkeys and agoutis. Start off at a viewing point with magnificent views overlooking the valley below, hiking 2km (1.2mi) downhill to a lodge where you’ll be able to catch your breath. Continue on to a waterfall before meandering your way through the forest back to the high point of the park. The maximum group size is four, and private transport is included.
Give us feedback