Top Things To Do for Free in Cartagena 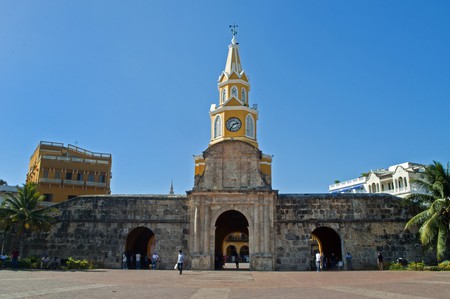 There’s no getting away from it: Cartagena is an expensive city to visit. For some backpackers, it can be prohibitively expensive – taking tours to the surrounding islands isn’t cheap, food costs can add up and accommodation can set you back a pretty penny. Luckily, though, there are lots of great activities to enjoy that don’t cost a thing. Here are the top things to do for free in this stunning Caribbean seaside town.

Watch the sunset from the city walls

Cartagena’s Caribbean sunsets are the stuff of legend, and it’s absolutely free to enjoy them. Many people choose to enjoy a sunset with a sundowner at the fancy Café del Mar bar, but you can sit right on the old city walls and enjoy the same sunset for absolutely nothing. If you want to spend a little, there are vendors selling cold beers at a fraction of the price. 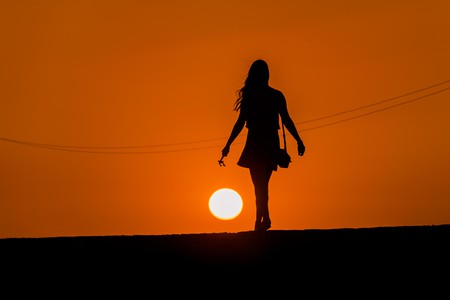 Watch the dancers in Plaza Bolívar

The shady Plaza Bolívar is the best square in Cartagena to sit on a bench and watch the world go by. It also hosts regular performances from dance groups, particularly dancers from the nearby Afro-Colombian village of San Basilio de Palenque, who perform traditional, African-influenced dances to enthusiastic crowds. It’s only 100% free if you don’t tip – and you really should – but for the cost of a couple of thousand pesos, you can enjoy an amazing performance from talented local dancers. 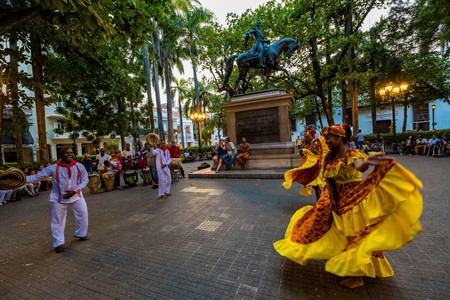 Fernando Botero’s famous statue of a reclining nude woman, named La Gorda Gertrudis (Fat Gertrude), sits in the middle of the lovely Plaza Santo Domingo in the heart of the Old Town of Cartagena. Posing with Gertrude has become a classic Cartagena tourist activity, and touching her (by now very worn) left breast is meant to bring good luck. It’s free, so you may as well. 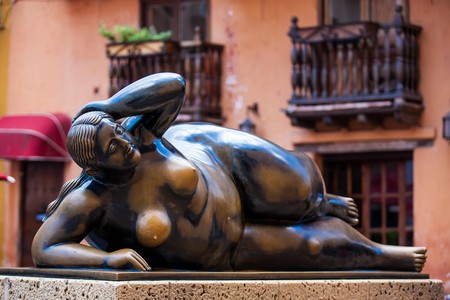 Baseball, although not a hugely popular sport in Colombia in general, is pretty popular in Caribbean coastal cities, and there are games most Sundays between March and November. Many of the games are free to attend and attract a really local crowd, who enjoy the spectacle while having some drinks and eating local food. It’s a great way to enjoy a truly authentic and local Cartagena experience.

Bogota’s Gold Museum is more well known, but Cartagena also has a Gold Museum, principally focusing on the gold work of the Zenú indigenous people, located just off Plaza Bolívar. There’s no entrance fee, and you can easily spend an hour or two learning about the fascinating ancient history of the Cartagena region. 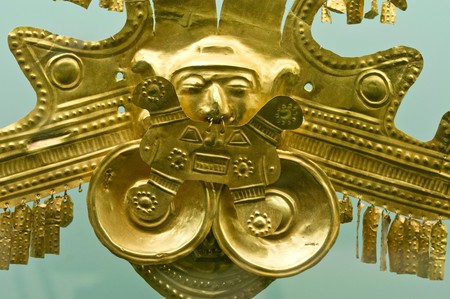 Take on the locals in a board game

Whenever you wander through a square in Cartagena, and especially in Getsemani, you will see groups of people, usually older men, engaging in spirited games of chess, dominos and more. They will sit for hours and take on any willing competitor. There’s no cost to play, unless you’re a gambler, and it’s another great way to get outside the tourist bubble and meet some local Cartageneros.

Cartagena’s cathedral is one of the most beautiful churches in Colombia and is well worth spending some time exploring. It is named after Saint Peter Claver, known as the patron saint of slaves, and it still houses his bones, which are on display for all visitors to see. Of all the churches in Cartagena, and there are many, this is the most interesting one to visit. 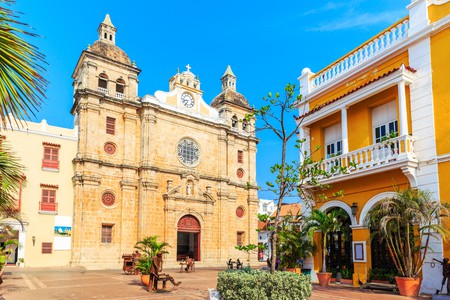 Bazurto Market is the place to see the “other side” of Cartagena. It’s loud, intense and doesn’t cater to tourists, which is part of its charm. Primarily a fruit and seafood market, Bazurto comes alive first thing in the morning when fishermen arrive with their catches. Wandering its narrow passageways is a great way to get a glimpse of local Cartagena life, beyond the walls of the Old Town. 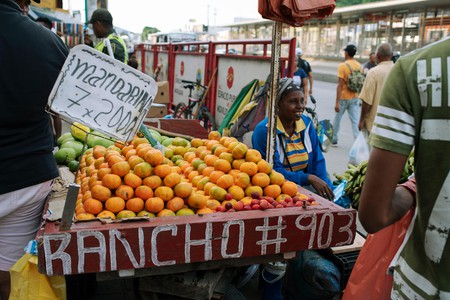 The small Centenario Park, just in front of the beautiful Torre del Reloj (the entrance to Old Town), is home to a small population of wild monkeys, iguanas and, most excitingly of all, sloths. They were rescued and released in the park years ago and are especially active in the low trees at dusk and dawn. It doesn’t cost a dime and you get to see a sloth. Now that’s a bargain!

Discover the street art of Getsemani

Getsemani is the cool, bohemian district of Cartagena, and is a favorite among backpackers due to its laid-back vibe, nice bars and hostels and, of course, its buzzing street art scene. The walls of Getsemani are like an outdoor art gallery (so it’s free, naturally), and you can spend hours walking the streets, enjoying the beautiful depictions of local people, birds and history painted by the most talented international and Colombian artists around. 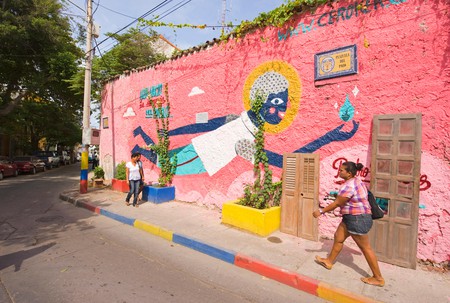 Check out the beach

The golden-sand beaches of Bocagrande are just a 15- to 20-minute walk away from the historic city center, making the beach a convenient spot to while away the afternoon without breaking out the wallet. While the many vendors who hawk the area will try to sell you everything under the sun, including umbrellas and chairs, simply bringing a towel or sarong to lay out on cuts the costs down to zero. For something even more laid-back, check out the Playas de Marbella, located just to the east of the walled city. They have a much more local feel and are where many native Cartageneros come to enjoy the water, so there is less pressure to buy, buy, buy.

Some of the greatest architectural marvels of the Old Town are undoubtedly its massive colonial churches. And the good news is they are entirely free to visit. Start at the impressive Cathedral de Santa Catalina, which sports a tropical pastel-colored tower that dominates the city skyline. Then head over to the Church of Santo Domingo, a medieval-style monastery that was built in the 1600s.

Take in some views

One of the best places to escape the afternoon heat and take in some great views of Cartagena is La Serrezuela, a historic bullfighting ring that has been turned into a shopping mall. While the mall itself is packed with high-end boutiques, the ancient all-wood arena has been preserved and restored and can be explored by anyone who wanders in. Several terraces boast views of Cartagena, but especially spectacular are the ones toward the Castillo de San Felipe and La Popa. Inside the mall, the air conditioning is kicking, making this a top spot to chill out for a bit after walking around the city in the sun.

La Matuna is a triangle-shaped slice of a neighborhood located between the Old Town and Getsemani. Modern and pedestrian-oriented, it bustles with local life and is a nice change of pace from the touristy historic areas. Stop by the monument of Joe Arroyo, one of Colombia’s top salsa singers and a native son of Cartagena. Then check out all the laid-back action at Plazoleta Benkos Bioho, which is dedicated to the African king who fought for the independence of nearby San Basilio de la Palenque.

Sittin’ on the dock of the bay

Just behind the Getsemani Convention Center lies what is possibly Cartagena’s second-nicest place to take in the sunset, after the walls of the Old Town. Plus it’s much calmer and less crowded. Plaza Isabel, which sits on the waterfront of the Bahia de Manga, is lined with benches and has great views of the sailboat-filled waters and the Bocagrande skyline beyond. Come sunset, the domed roof of the San Pedro Claver Cathedral becomes fiery orange and the whole place takes on a magical tinge.

Maybe not as impressive as the Castillo de San Felipe, but free to visit and explore, the Fort of Las Tenazas is a heavily fortified section of the Old Town’s walls located at the far eastern edge of the city. Here you can check out spectacular views of the Caribbean Sea, play on the cannons used to defend the city and even duck down into a tunnel that once restricted access to the walled city from the seafront outside. From outside the walls, it’s easy to imagine what the pirates, who relentlessly stormed the city back in the day, had to overcome to successfully raid Cartagena.

Get the French connection

Located right across from the leafy Plaza Fernando de Madrid in barrio San Diego lies the Cartagena outpost of the Alianza Française. These cultural centers are located all over the world and are funded by the French government to promote cross-cultural connections and serve as ambassadors of French culture. It hosts frequent free events, including film screenings and musical performances. You can check out the upcoming calendar online.

Although the Old City and Getsemani are outright architectural treasure troves, there are also some really cool historic buildings from an entirely different time period located just across the Getsemani bridge in the island neighborhood of Manga. Developed during the early 19th century, Manga is dotted with Republican-era mansions, which sport large columned porches and look like plantation homes out of the old South of the USA. Many of them are now designated as national historical landmarks by the Colombian government. Buildings worth seeing include Casa Velez Pombo, which is now home to a prestigious private school, and Casa Roman, which is built in the Alhambra style and looks like something out of southern Spain.

La India Catalina was an indigenous woman who was kidnapped by Spanish forces in 1509 when she was just a little girl and educated in Spanish schools. She later accompanied conquistador Pedro de Heredia, the main colonizer of Cartagena and Colombia’s Caribbean coast, on his conquests. Acting as his personal interpreter and translator, she helped stave off more bloodshed and violence against native communities than was already taking place. Her monument was built by sculptor Eladio Gil Zambrano in 1974 and is located on the edge of the Lago del Cabrero, with an epic background against the Castillo de San Felipe. The larger-than-life bronze statue is an icon of the city, and small-scale replicas of the sculpture are used as awards, just like the golden Oscars figurine, at the annual Cartagena Film Festival.

Las Bovedas are a series of storage vaults that are built into the walls of the Old Town that were also used as prison cells during the Colombian civil wars of the 19th century. Located on the east end of the walls, near the Fort of Las Tenazas, they are now home to a bunch of souvenir shops that sell everything from T-shirts to local sweets. But you can also just visit them as a free historical attraction. Plus, they stay nice and cool even when the temperature outside reaches insane levels. The 23 different bombproof vaults are fronted by a series of 47 porticos, all built in the late 18th century.